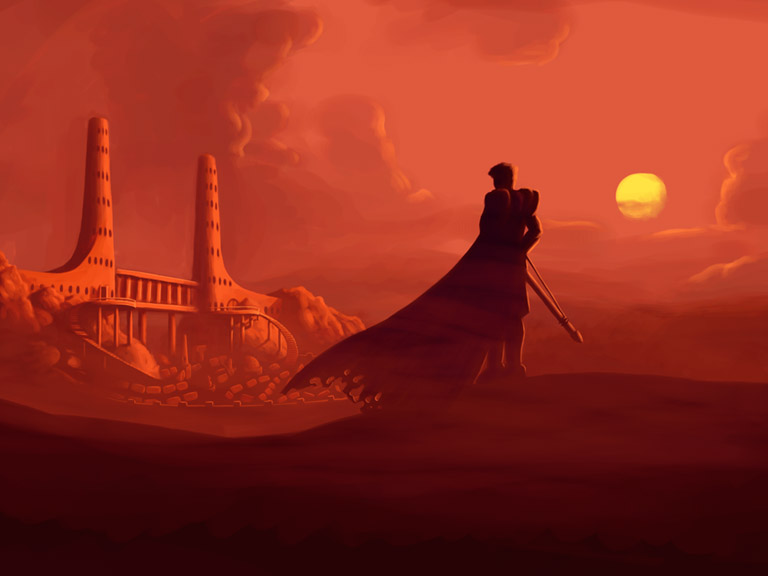 Hero of Allacrost began its development in 2004. The head developer Tyler Olsen, known online as “Roots”, started work on his JRPG-inspired video game with almost no knowledge of code or game development in general. The project has seen its fair share of delays and hiatuses but it still soldiers on. Although there have been over 100 contributors since the start, Roots has been responsible for keeping interest and development alive in all that time.

Today, Roots and a handful of teammates still continue work on Hero of Allacrost, and it stands as a testament to the project lead’s dedication to a dream. His passion and firm belief in open-source programming has led him to develop his programming skills. Their custom engine has been worked on for more than a decade as Roots continues to develop the source code and a custom editor. As an open-source project, anyone is free to take a look and contribute to the game. There is even a detailed wiki, also maintained by the intrepid creator, that explains many of the functions of the game, hosts demos, and instructs users on how to download and add to the codebase.

In an interview, Roots has said, “I’ve wondered in recent years though if I should allow this project to die. Not before we have a significant release out, but maybe after. It’s really much more difficult now to attract contributors than it was in the first few years. I think that’s partially because people see an old project and think it’s a failure. And others want to work on Unity, or whatever that will make them more attractive[…]”

In a time where it is not uncommon for even highly favored and publicly funded projects to fail or disappear into obscurity, it is truly special to find someone who believes in bringing something to the world despite adversity. It is an easy thing to write something off as out of your depth, but also a far more rewarding task to dive into the unknown and come out with the skills to carry out your dream. Even though the main website is no longer updated and the forums are all but dead, the developer still maintains an active Discord channel where progress and activity are posted regularly.

When asked about compensating past contributors, Roots remarked, “If I was really wealthy, I’d first track down every major contributor of this project and offer them a few thousand dollars for the work they’ve done in the past”. Contributors have provided many assets including character sprites, animations, environments, music, sound effects, and code. Many assets were obtained from open license websites, providing free-to-use assets to developers without funding. Much of the original work created for Hero of Allacrost has been given back to the community as open license material, free for anyone to use.

Tyler is a passionate developer with a real sense of dedication to the gaming community, willing to give to it as much as it has given to him. He’s an unknown developer trying to make his simple dream come true, who has never given up on his ideals.

Check out the project’s Discord channel!

Fortnite Is Having an Exposure Dilemma

Come this September 26th, Fortnite Battle Royale will officially turn one year old. In less than a year, Fortnite has received some of the largest exposure the gaming industry has ever seen, to the point of mainstream media covering stories on the game. However, Fortnite never meant to have a battle royale mode. Due to the massive...