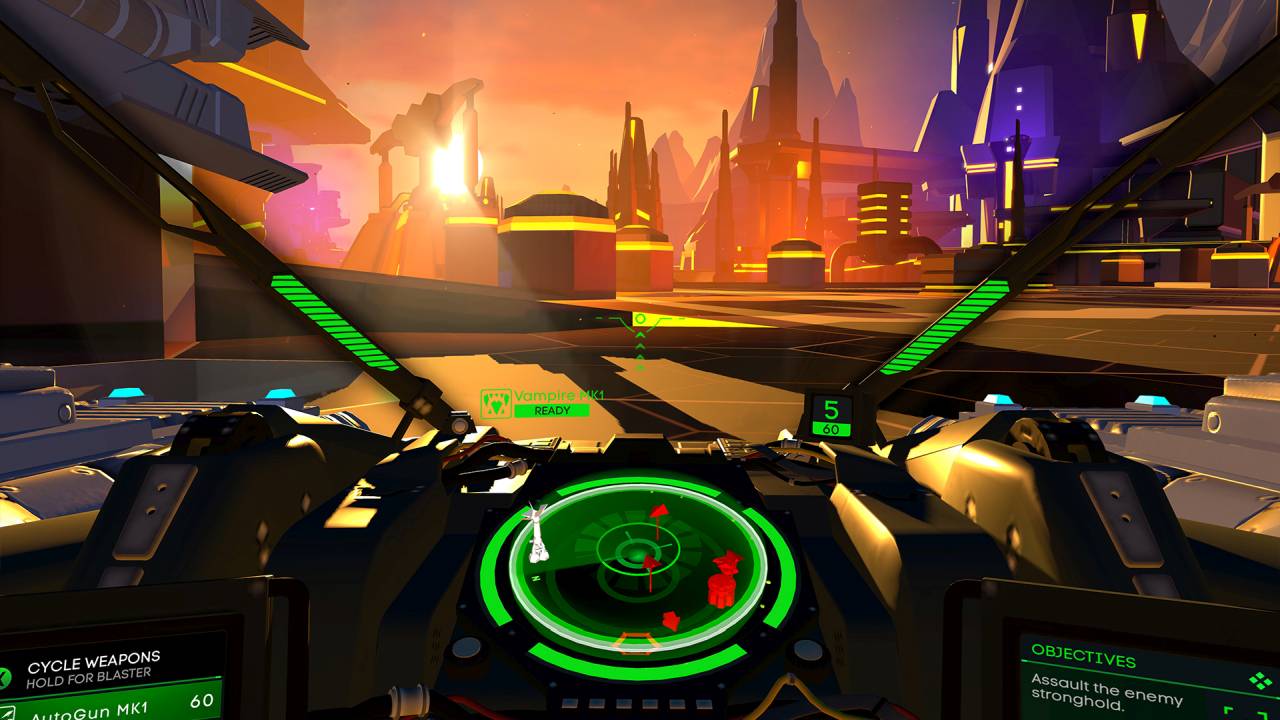 Battlezone Gold Edition, based on the iconic 1980’s arcade game, comes out for Nintendo Switch on November 8. The Gold edition includes the game and all of its additional content, such as bobbleheads and tank skins. The game already released earlier this year for PC, Xbox One, and PS4 and is now available to pre-purchase with a 15% discount on Switch.

Developer Rebellion Developments defines the game as “exhilarating, futuristic tank warfare in a stunning first person view”. Taking place on a procedurally generated map, the ‘rogue-lite’ campaign “never plays the same way twice”, according to a press release. It offers a single-player and co-op modes, both online and local, while the latter can take up to four players.

The cockpit of the Cobra tank is where the player can experience combat. The tank is customizable, enabling the player to utilize powerful offense and defense systems, such as mortar cannons, EMP blasts, laser-guided missiles, and shield boosts. The enemies are also pretty diverse and complicated: from laser-blasting tanks to destructive mine-laying trucks and nimble airborne hoppers. If you don’t like excessive colors and flashing lights, the game can be played under a simplified, retro-inspired, monochromatic Classic Mode.

Over the past several weeks, Epic Games has been making big moves, not only in Fortnite but also on their new digital storefront. They have paid for many games to remain exclusive to their shop for the time being, including Metro Exodus, Satisfactory, and The Division 2, all of which have turned out to be amazing games...