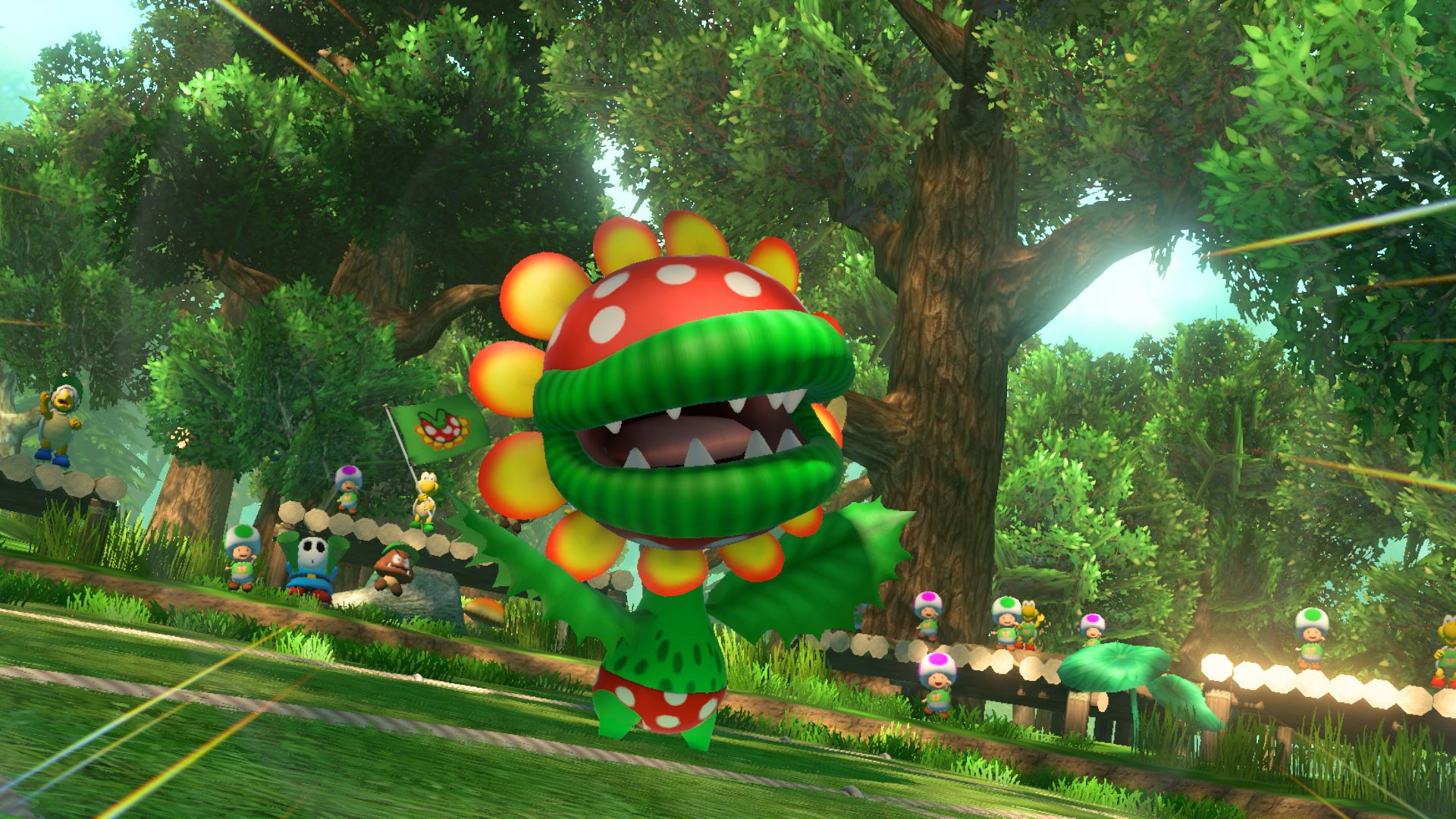 In the last couple days, Nintendo has announced some changes coming to Mario Tennis Aces. Version 2.1.0 of Mario Tennis Aces will be released on November 30th, including some new online modes and important changes to gameplay. The online tournament mode has been heavily tweaked. A new-co-op mode, “Yoshi’s Ring Shot” is a limited-time online mode, available from December 1st until January 10th. Nintendo hasn’t shared many details about this new mode, so we’ll have to wait and see how it works.

Nintendo also announced some new characters coming to Mario Tennis Aces. In an upcoming December update, you will be able to play as Petey Piranha or Shy Guy. An update coming in January, February, or March of 2019 will include three new playable characters joining the roster — Luma, Boom Boom, and Pauline. You can watch their introduction video below.

If you’d like to learn more about the November 30th update, you can read the patch notes. Nintendo should share more details about the new characters soon, so as always, you can expect Launch Party Gaming to keep you updated on any new announcements. Are you excited about this new content? Do you play Mario Tennis Aces? Let us know in the comments below.

After 312 days and 52 snapshots since the major Minecraft 1.7 update, Version 1.8 is finally here! With this being the longest wait for a full update, there were a ton of bugs to be squashed during development. The Mojang team spends a large portion of their time working on the bug tracker in between...