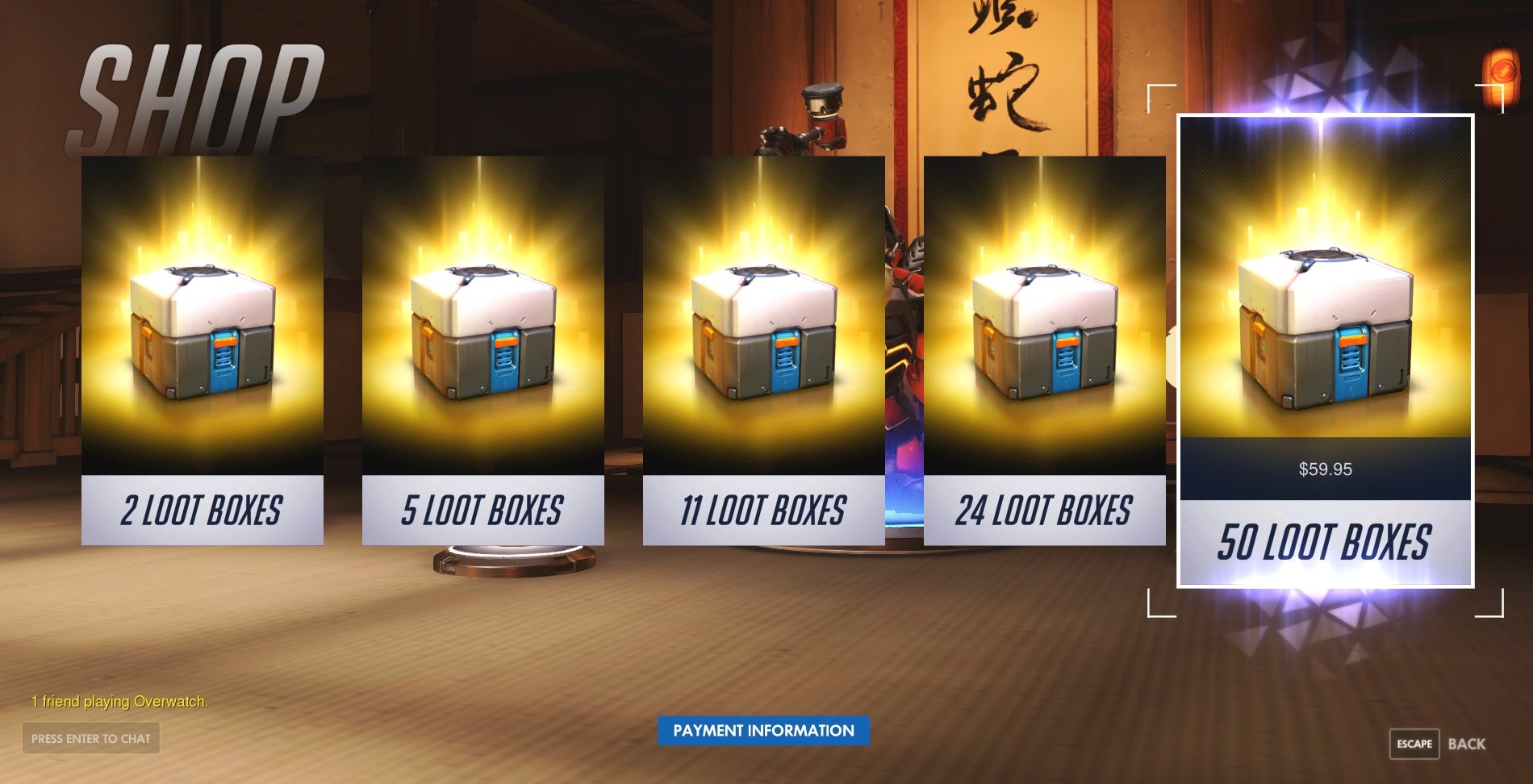 Spurred by the controversy surrounding microtransactions in Star Wars Battlefront II earlier this year, the Belgian Gaming Commission has outlawed loot boxes in several games including Overwatch. It’s been hotly debated whether loot boxes are a form of gambling, but the BGC has made their official verdict. In response Blizzard has stated, “While we at Blizzard were surprised by this conclusion and do not share the same opinion, we have decided to comply with their interpretation of Belgian law.” Although loot boxes can no longer be purchased by Belgian players, they will still exist in the game as usual drops.

Loot boxes in Overwatch have generally been considered a fair practice as they are purely cosmetic and regularly rewarded for free — simply leveling up earns you a single loot box. However, the practice of purchasing a random chance draw with real money still aligns with gambling. We will have to see if other countries follow suite in the coming months, as in-game purchases continue to rapidly expand over the gaming industry.

It’s just been discovered that Valve has quietly discontinued Steam Link hardware. The last supply has just sold out in Europe and its almost gone in the US. It’s likely that this is due to the lack of sales, even when the Steam Link is going for as little as $2.50. All that’s really happening...