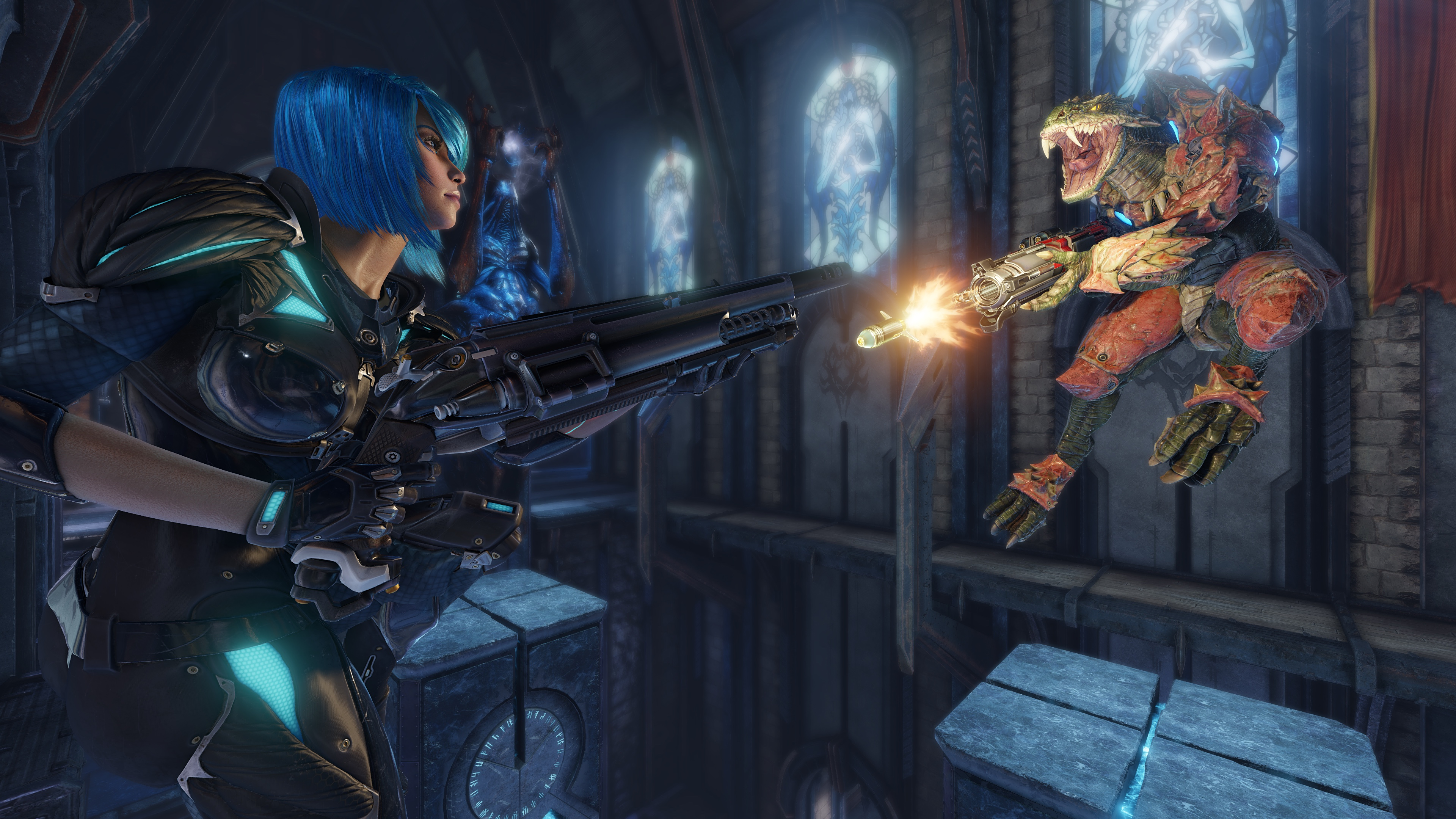 After a successful free-to-play trial period earlier this summer, Bethesda’s Quake Champions has permanently adopted a free-to-play model. The online multiplayer shooter has met mixed reviews for its long development cycle and high expectations from longtime fans of the Quake franchise. Eliminating the game’s price tag will likely take some pressure off its developers, as most players felt Quake Champions was not worth purchasing.

The game contains heavy microtransactions — complete with boosters, loot-boxes, and premium currency. Although this is to be expected with a free-to-play title, it’s unlikely that the player base won’t fight it. Freemium business models have been met with severe backlash since the Star Wars Battlefront II fiasco late last year. While Quake Champions going free-to-play is great for those who have never experienced the series’ trademark gameplay, it’s definitely a blow to anyone expecting a traditional Quake title.

Free-to-play users will have access to a free rotation of champions that changes every week, and any of these champions can be permanently unlocked using in-game currency or actual funds. Alternatively, you can purchase the Champions Pack for $40 (with occasional discounts) which grants access to all champions, both currently available and arriving in the future.

Expect a massive surge in players who want to try the game out, and continuous improvements as Quake Champions gradually phases itself out of early access. It’s exclusively available for PC and can be downloaded directly on Bethesda’s website or through Steam.

UPDATE: Due to a magnitude 6.7 earthquake in Hokkaido, Japan, Nintendo has delayed this week’s Nintendo Direct. Nintendo has tweeted to expect a reannouncement “in the near future”. Stay tuned at Launch Party Gaming for more updates. Grab your popcorn! Nintendo has finally announced the long-awaited September Nintendo Direct. After weeks of speculation, fans were relieved...