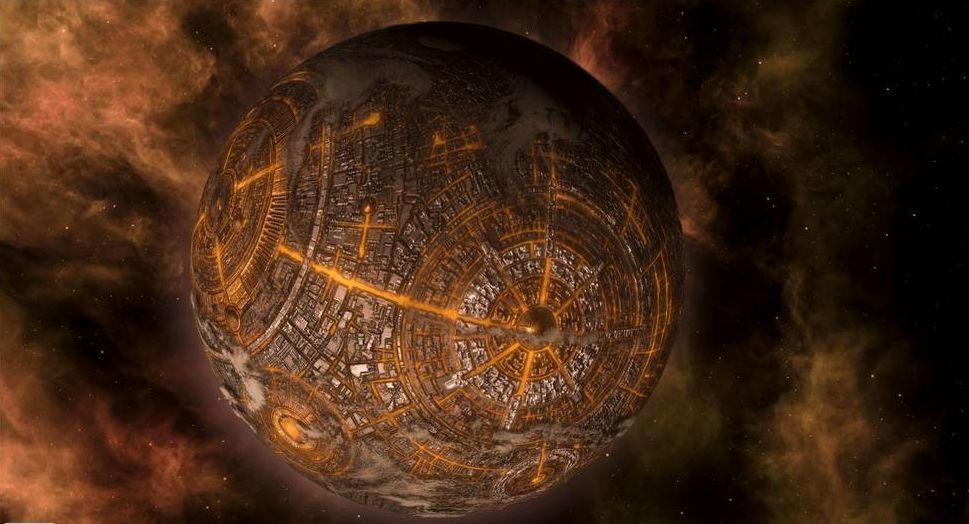 From December 6th you can build your own powerful corporate empire! It’s because Paradox Interactive has announced a new MegaCorp expansion for its sci-fi grand strategy game, Stellaris. The third full expansion for the game allows you to “conduct business on a galaxy-mode scale with a host of new civics”. It mainly emphasizes building megacorporations as empires with unique civics and technologies.

As a Megacorp CEO, you can trade with other empires and build branch offices on their planets. You can also trade with Caravaneers, star nomads who do their own businesses wandering and trading in different parts of the galaxy. The expansion provides Stellaris with other new mechanics, such as Ecumenopolis, which allows you to “increase the population density of core worlds to truly epic proportions, eventually creating a planet-spanning megacity”. There are several megastructures to build: Matter Decompressors (a mineral equivalent of the Dyson Sphere), Mega-Art Installations, Strategic Coordination Centers, and an Interstellar Assembly to spread cultural power.

Megacorp releases alongside the game’s free update, version 2.2, aka ‘Le Guin’. It revamps the economic system, how planets work, jobs and unemployment, construction, housing, and more. Stellaris: Megacorp is already available for pre-purchase on Steam and its price is set to $19.99 USD.

It’s here! Forza Horizon 4 is now available for $59.99, and free for Xbox Game Pass members. Forza Horizon 4 features the same open-world gameplay from its predecessors, but now with seasons and native 4K support for Xbox One X users. The download size is around 56.45 GB for Xbox One consoles and 64.12 GB for...