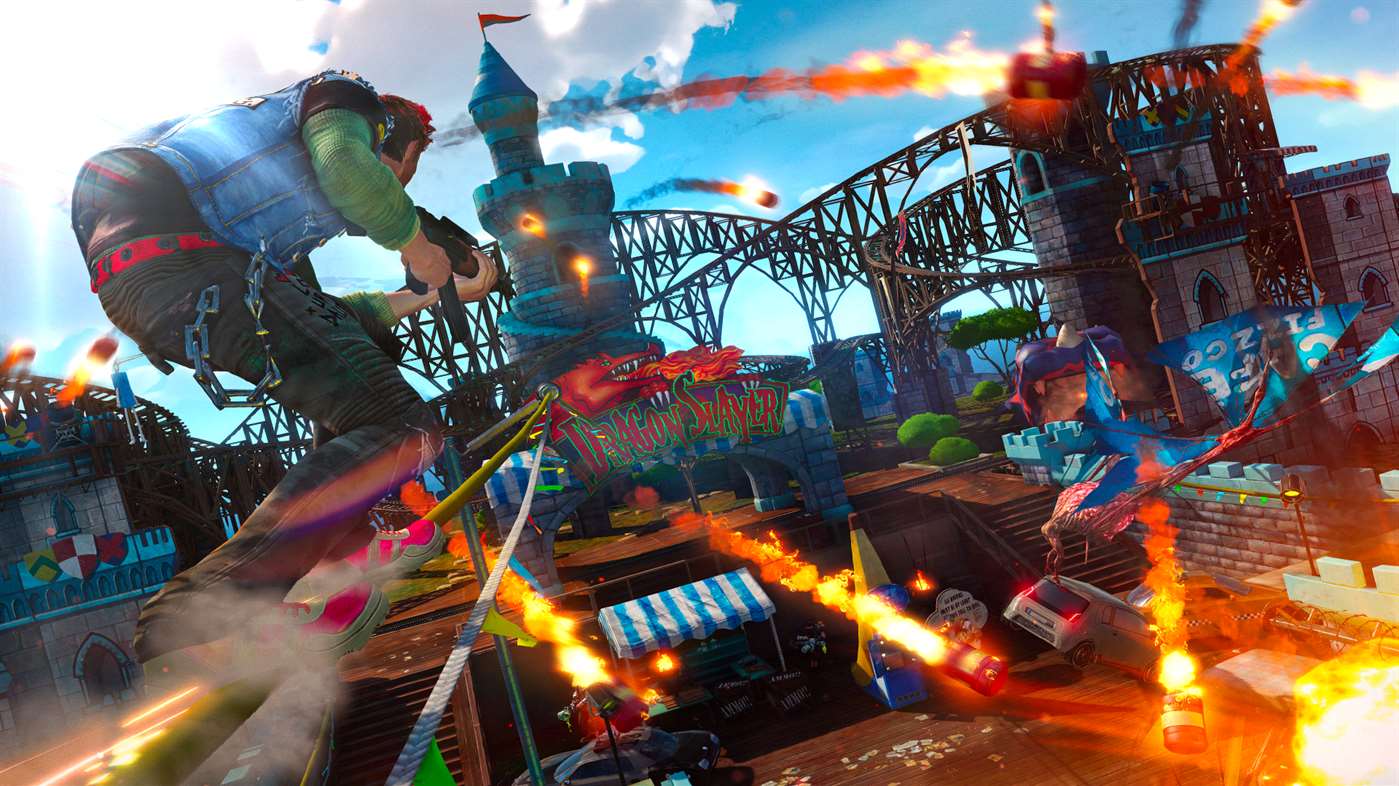 After a few leaks and rumors, Sunset Overdrive has officially released on PC. You can get it from Steam or the Microsoft Store for $19.99. Unlike other Windows releases of Xbox games, Sunset Overdrive does not support Xbox Play Anywhere, so you’ll need to buy it again to play on PC and there will not be cross-progression between platforms. The Microsoft Store version does have access to your Xbox achievements, clubs, and Windows 10 cloud saves. The Steam version supports achievements, cloud saves, trading cards, and captions. Both versions work with a controller. Sunset Overdrive will take up about 28 GB on your drive. Most players reported that the game is well optimized and should run very nicely.

A physical version will also be released next week by THQ Nordic. We don’t know the price yet, or if it’s a game disc or a digital download code. You can see the official Twitter announcement here.

Unfortunately, the PC release does not support any form of multiplayer. Multiplayer was a huge part of Sunset Overdrive. A future game update could bring it back, but nothing has been confirmed. LPG will let you know about any future developments.

You can watch the PC version’s trailer here. Are you going to pick this game up again? Have you played Sunset Overdrive in the past? Let us know in the comments below.

From December 6th you can build your own powerful corporate empire! It’s because Paradox Interactive has announced a new MegaCorp expansion for its sci-fi grand strategy game, Stellaris. The third full expansion for the game allows you to “conduct business on a galaxy-mode scale with a host of new civics”. It mainly emphasizes building megacorporations...