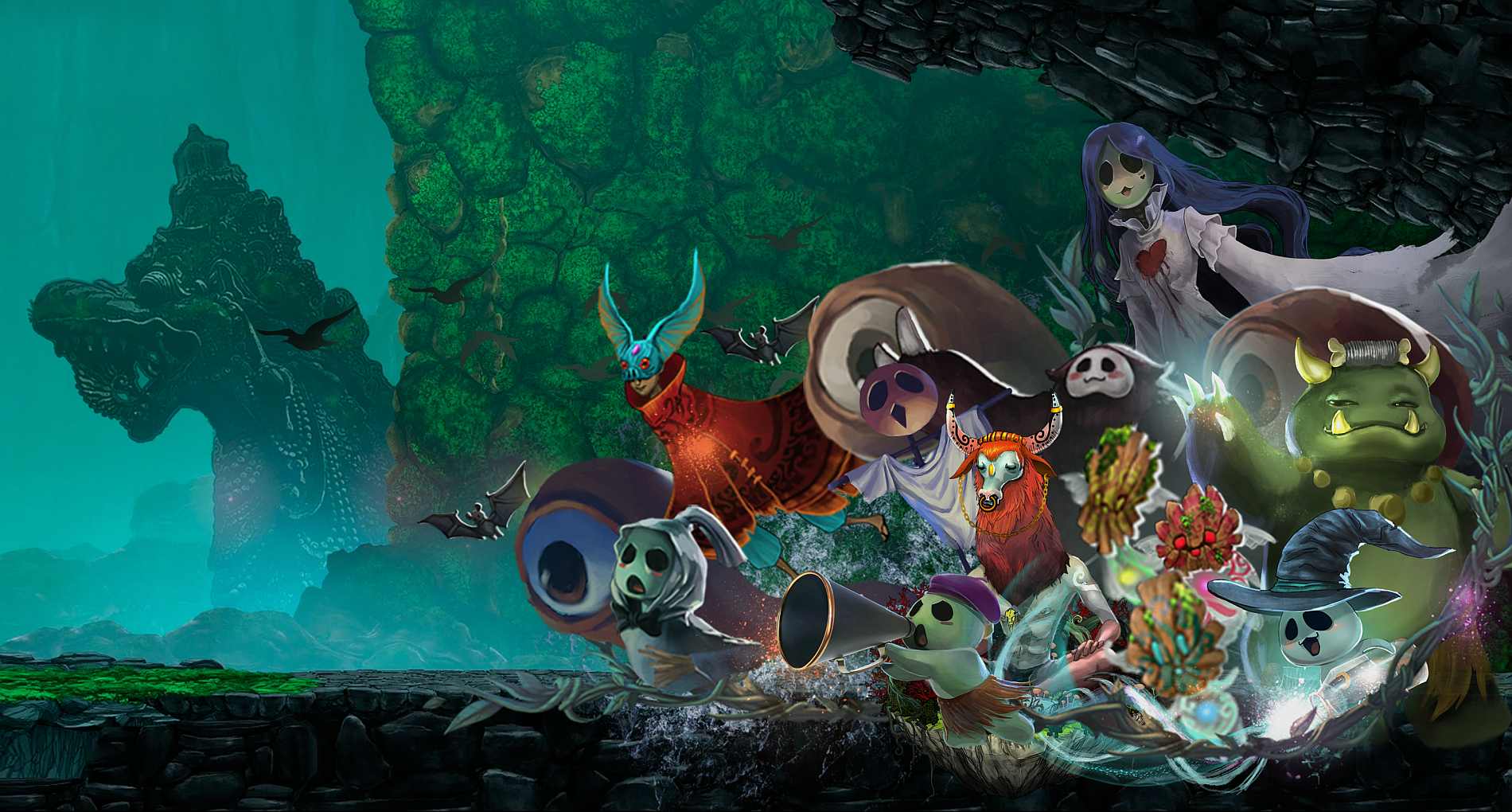 Aksys Games revealed their upcoming games lineup at their panel during Anime Expo 2019 in Los Angeles. Aksys Games is behind the popular Zero Escape series, Little Dragons Café, and Guilty Gear series, specializing in translation and localization of Japanese titles for English-speaking audiences. The majority of their upcoming releases will be available for the Nintendo Switch and offer various genres of interactive fiction.

A sequel to Spirit Hunter: Death Mark takes players to the Tokyo underworld as they battle evil forces and solve a mysterious disappearance. Titled Spirit Hunter: NG, the game offers a story-based horror experience for PS4, Switch, Steam, and PS Vita. It will revisit the player-guided storytelling style of Death Mark, but introduce an entirely new cast of characters.

Ghost Parade is a simple side-scroller following the adventures of a young girl in a magical forest. The game’s environment is based around Indonesian mythology and contains supernatural elements. Gameplay appears to be straightforward, as players are meant to focus on story and artwork during their adventure. Ghost Parade will be available on PS4, Switch, and Steam later this year.

On a different note, Fishing Star World Tour will be getting a physical Switch release later this year. It features over 180 different fish to catch and 40 unique locations. The game will also have Nintendo Labo support for a more immersive fishing experience. Lastly, several Code: Realize games will be ported to Nintendo Switch in 2020, starting with Guardian of Rebirth and Future Blessings. These will release periodically throughout the year. For those seeking brand new otome experiences for Switch, Piofiore and Cafe Enchante are two upcoming visual novels.

Pocket Family is a free simulation game where you design your dream house and interact with a virtual family. It’s been well received on the iOS App Store with a 4.3/5 rating and will be coming to Android soon. The Android version will revamp many of the game’s features and start off in Early Access....

Are you ready to buy this game, again? Chucklefish, publisher of Stardew Valley, announced on Twitter that the critically-acclaimed farming sim will be coming to mobile! Stardew Valley launches for iOS on October 24th. The game is available for pre-order right now on the App Store for $7.99, requires iOS 10 or later, and will support...