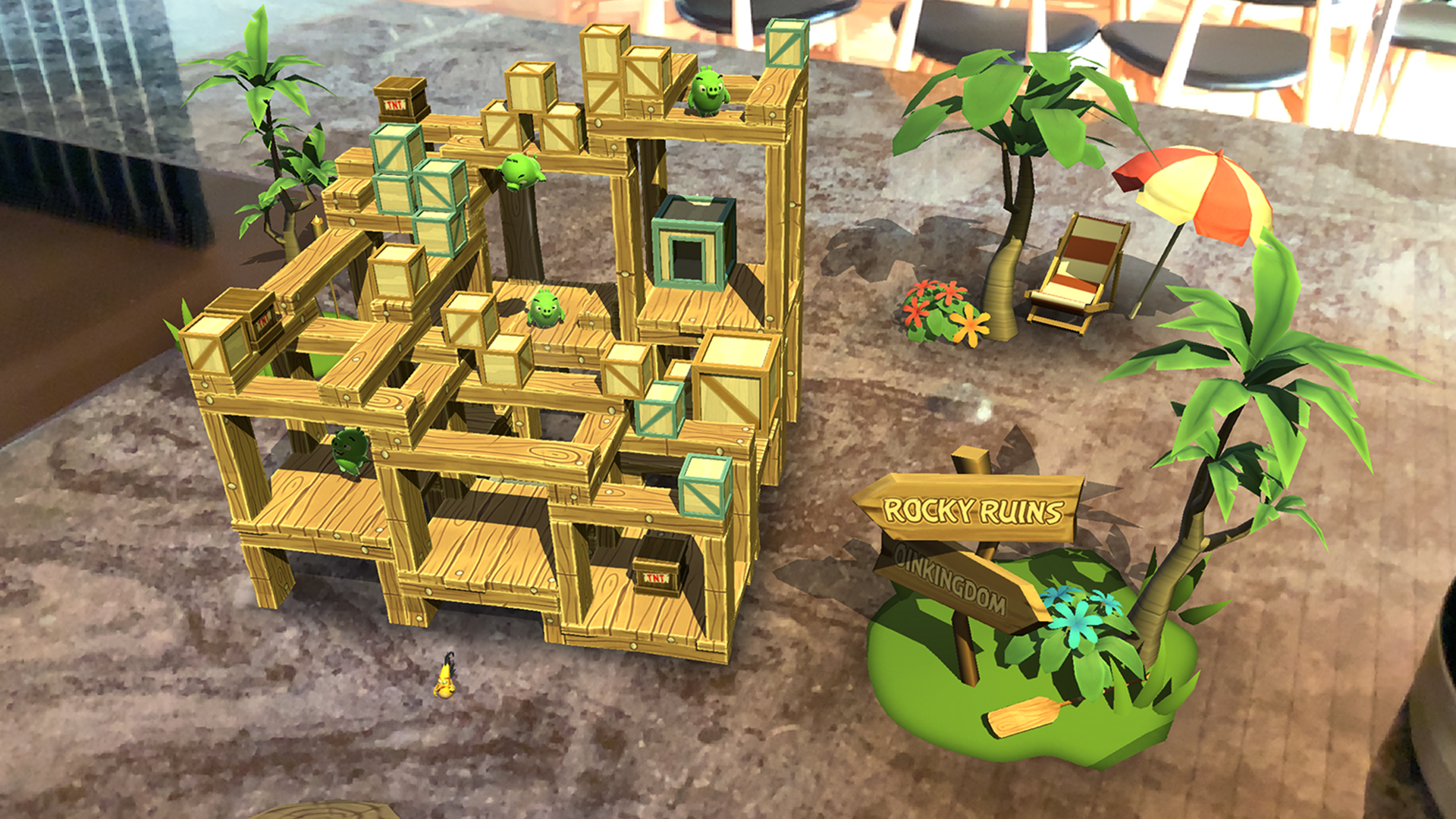 As augmented reality becomes more attractive for mobile developers with Apple’s ARKit technology, we are beginning to see more AR games on the App Store. Today, Angry Birds AR: Isle of Pigs released for iOS devices and brings another recognizable name to the world of augmented reality. It offers classic Angry Birds gameplay in 3D, overlayed on your real-world surroundings in real time.

Angry Birds AR: Isle of Pigs offers 50 levels, where the goal is to catapult your birds into structures and destroy enemy pigs. The theme for this entry in the series is an island vacation, although there are snowy levels along with tropical beaches. Players are actually able to walk around each 3D level to find hidden items or vulnerable spots in the pigs’ base. Being able to inspect structures adds a new layer of strategy and immersion to the Angry Birds formula. The game will make size adjustments to scale to your environment, but you’ll need to use a flat surface for best results.

Angry Birds AR: Isle of Pigs requires iOS 11 or later and has released globally after a successful invite-only test period. It is currently free to download on iPhone 6s and later, iPad Pro, iPad 5th and 6th generations, iPad Air, and iPad Mini.

For the first entry in a series of albums titled Chamber Works, parts of NieR Automata’s iconic soundtrack have been transformed into an arrangement for chamber ensembles. The album has been produced by Materia Collective alongside composer Sean Schafianski. While Materia Collective is known for publishing original music for various indie games, Schafinaski is known...