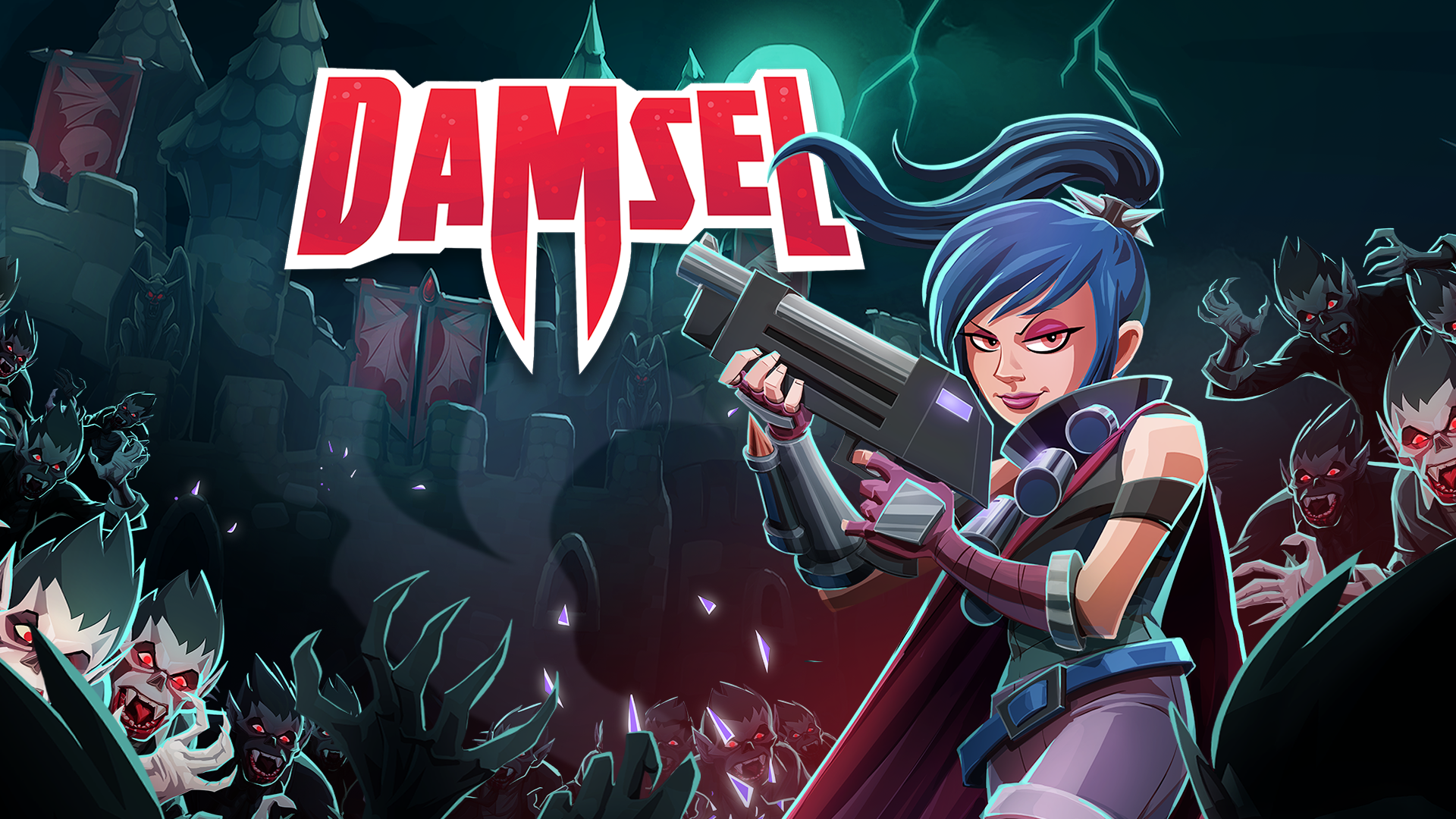 Created by Screwtape Studios, a team of Australian indie developers, Damsel is a fast-paced, vampire slaying, 2D action-platformer with comic book-like graphics and plenty of different levels. You play as a government agent equipped with a shotgun and tasked with killing corporate vampires. Why vampires? They conspire to fix drinks with an illegal “secret ingredient” in order to brainwash and enslave the population.

Damsel‘s smart-talking heroine possesses “quick reflexes, devastating melee attacks, and a lightning fast dash” to annihilate her enemies. As with many other platformers, Damsel concentrates more on speed and versatility of movement, rather than the wide range of weapons. Special Agent Damsel can double jump, dash through the air, and even wall hop! In addition to her main task, she is busy rescuing hostages and disarming bombs.

The game’s missions are based in three different areas, each with dozens of hand-crafted, minute-long stages. Each level lets you learn a new skill and the stages gradually increase in difficulty. Visuals are cartoony combined with a sort of gothic-style atmosphere. The design work is detailed and stylishly decorated.

Damsel is already available on Steam for $16.99 and slated to release on Switch and Xbox One on August 7th. The price for the Switch version is currently set to $14.44, after a small discount.

Pokemon GO Has Been Released!

Pokemon Trainers around the world can finally rejoice at the release of Pokemon GO for Android and iOS devices. It’s been a long wait for Nintendo’s Pocket Monsters to reach our phones and tablets in glorious augmented reality. Although GO is being developed by Niantic Inc., it still contains all the Pokemon we know and...