Dauntless Will Arrive on Consoles This Summer 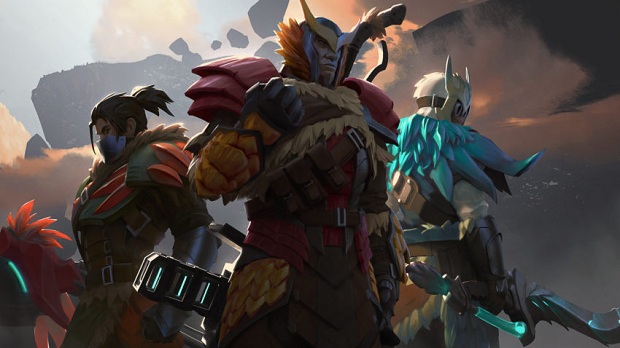 Previously planned to release on PS4 and Xbox One in late April this year, Dauntless, a free-to-play, co-op action-RPG, is now coming to consoles this summer after a short delay. It is the first release from Phoenix Labs, a small studio founded by former Riot Games developers. The game is already available on Microsoft Windows and will soon migrate to the Epic Games Store.

Dauntless takes place in a post-apocalyptic world of floating islands called the Shattered Isles. Giant, ferocious Behemoths threaten the people’s survival and you play as a Slayer, an elite warrior who fights against the threat. Gameplay is very similar to Monster Hunter, with which it is often compared. Dauntless “takes the Monster Hunter formula – hunt, craft, repeat – and adapts it for a wider audience.” It includes a narrative campaign which guides you through progressively difficult areas and battles, but emphasizes short sessions rather than overall progress.

Dauntless offers airship travel and a large variety of weapons, armor, and consumables. Players can craft and augment their “gear with cores that provide various boosts and abilities.” You can form a party of up to four people and defeat Behemoths together for rewards. The game’s cartoony graphics and colorful visuals provide a stylized look which will definitely protect it against graphical obsolescence in the future.

Featuring the PGA Tour, The Golf Club 2019 Comes to PS4 and Xbox One

The sequel to The Golf Club 2 will be published on PlayStation 4 and Xbox One on November 13th, 2018. The player will be provided with “a whole host of new and improved content and features across all aspects of the game, from single-player to online play and the award-winning course designer”. The Golf Club...

The Unicorn Princess, a Fantasy Horse Simulator, is Coming to PS4 and Xbox One

It’s become a great tradition that we frequently tell you about new horse-riding simulators. The game at hand today is developed by Caipirinha Games and called The Unicorn Princess. It’s already been available on Steam and Nintendo Switch since November 2019. The PS4 and Xbox One versions are planned for February 11th, 2020. The Unicorn...