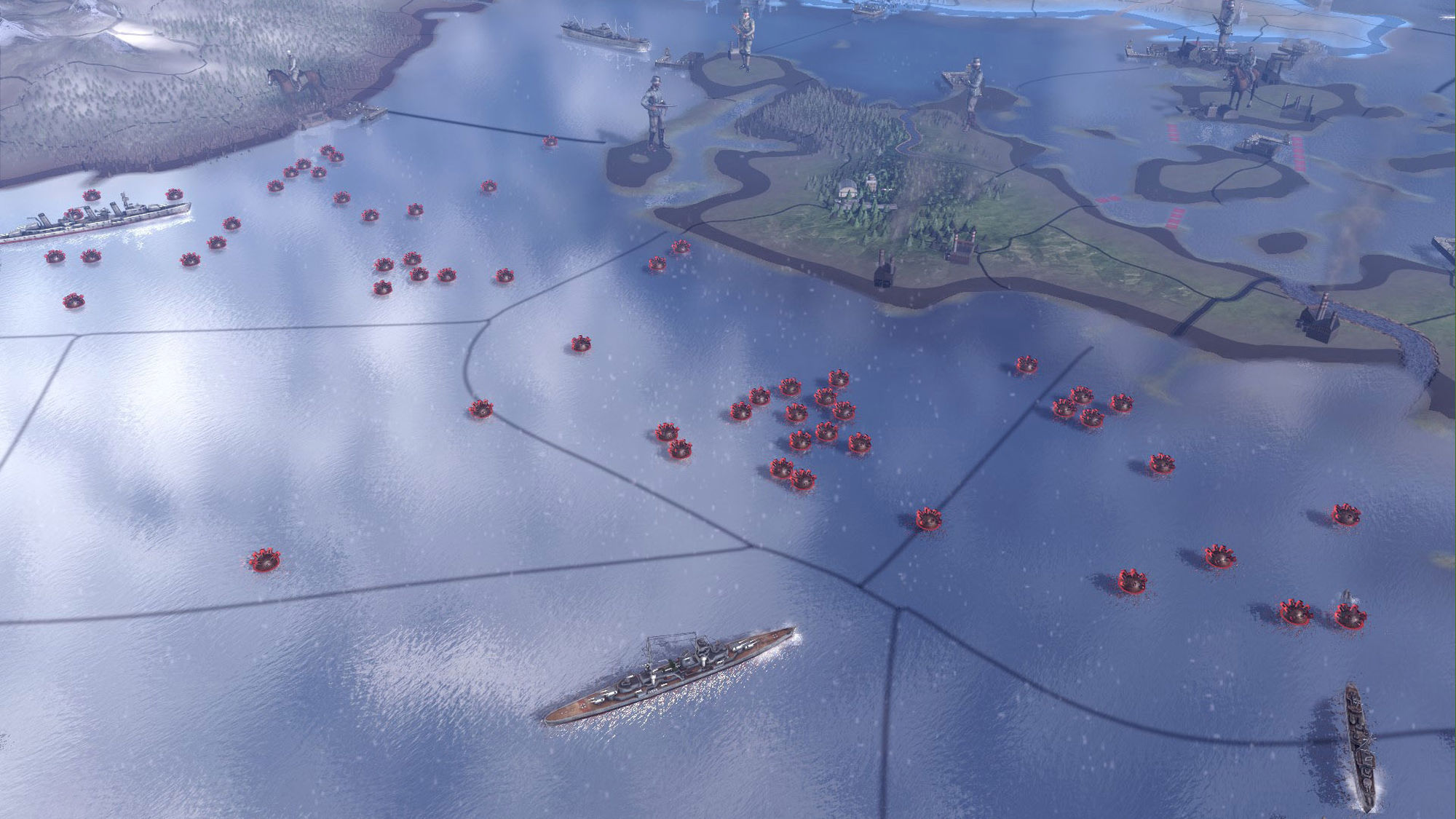 Hearts of Iron IV’s newest expansion pack takes players to the seas and primarily improves upon naval combat. It also “improves play for major democracies like the United States, the United Kingdom and the Netherlands, with all new alternate history paths and the mobilization of the American Congress”. Man the Guns is the fourth Hearts of Iron IV expansion pack, priced at $19.99 on release and available for purchase through Steam.

Ship design has been expanded through the addition of new components, naval mines add a new layer of strategy, and naval treaties bring politics into the mix. Players can also plot shipping routes to have more control over avoiding dangerous areas. Non-maritime additions include new original music, the addition of fuel as a resource, and governments in exile. Lastly, a new “rules screen” allows players to further customize their Hearts of Iron IV experience. Overall, Man the Guns looks to be a solid update to the core game, and a necessary purchase for dedicated players.