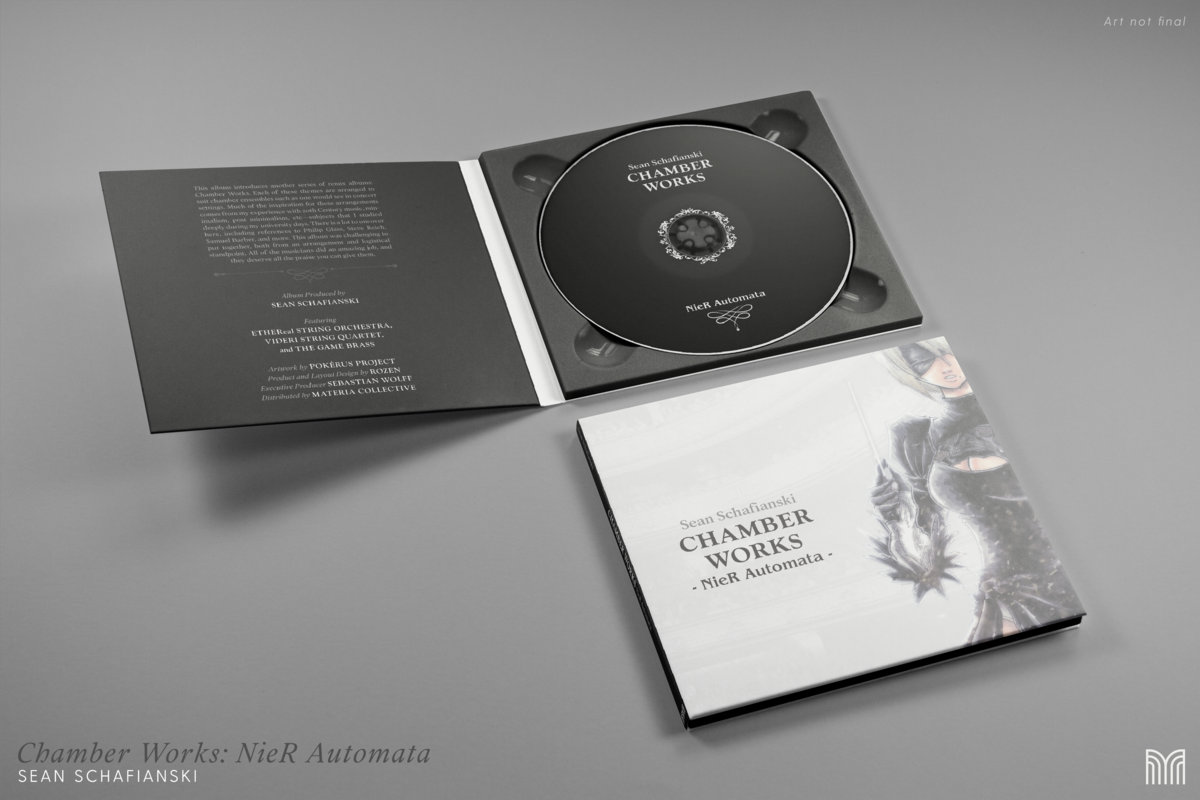 For the first entry in a series of albums titled Chamber Works, parts of NieR Automata’s iconic soundtrack have been transformed into an arrangement for chamber ensembles. The album has been produced by Materia Collective alongside composer Sean Schafianski. While Materia Collective is known for publishing original music for various indie games, Schafinaski is known for his remakes of popular video soundtracks from games like Chrono Trigger, Secret of Evermore, and Final Fantasy VII.

Performances by the ETHEReal String Orchestra, Videri String Quartet, and The Game Brass can be found on Chamber Works: NieR Automata. The album features seven tracks that contain many of the more recognizable themes from the game. Schafianski has stated, “Much of the inspiration for these arrangements comes from my experience with 20th Century music, minimalism, and post-minimalism-subjects that I studied deeply during my university days. There is a lot to uncover here, including references to Philip Glass, Steve Reich, Samuel Barber, and more. This album was challenging to put together, both from an arrangement and logistical standpoint.” You can listen to Chamber Works: NieR Automata for free on Spotify, or purchase the album through Bandcamp or iTunes.

Spurred by the controversy surrounding microtransactions in Star Wars Battlefront II earlier this year, the Belgian Gaming Commission has outlawed loot boxes in several games including Overwatch. It’s been hotly debated whether loot boxes are a form of gambling, but the BGC has made their official verdict. In response Blizzard has stated, “While we at Blizzard...