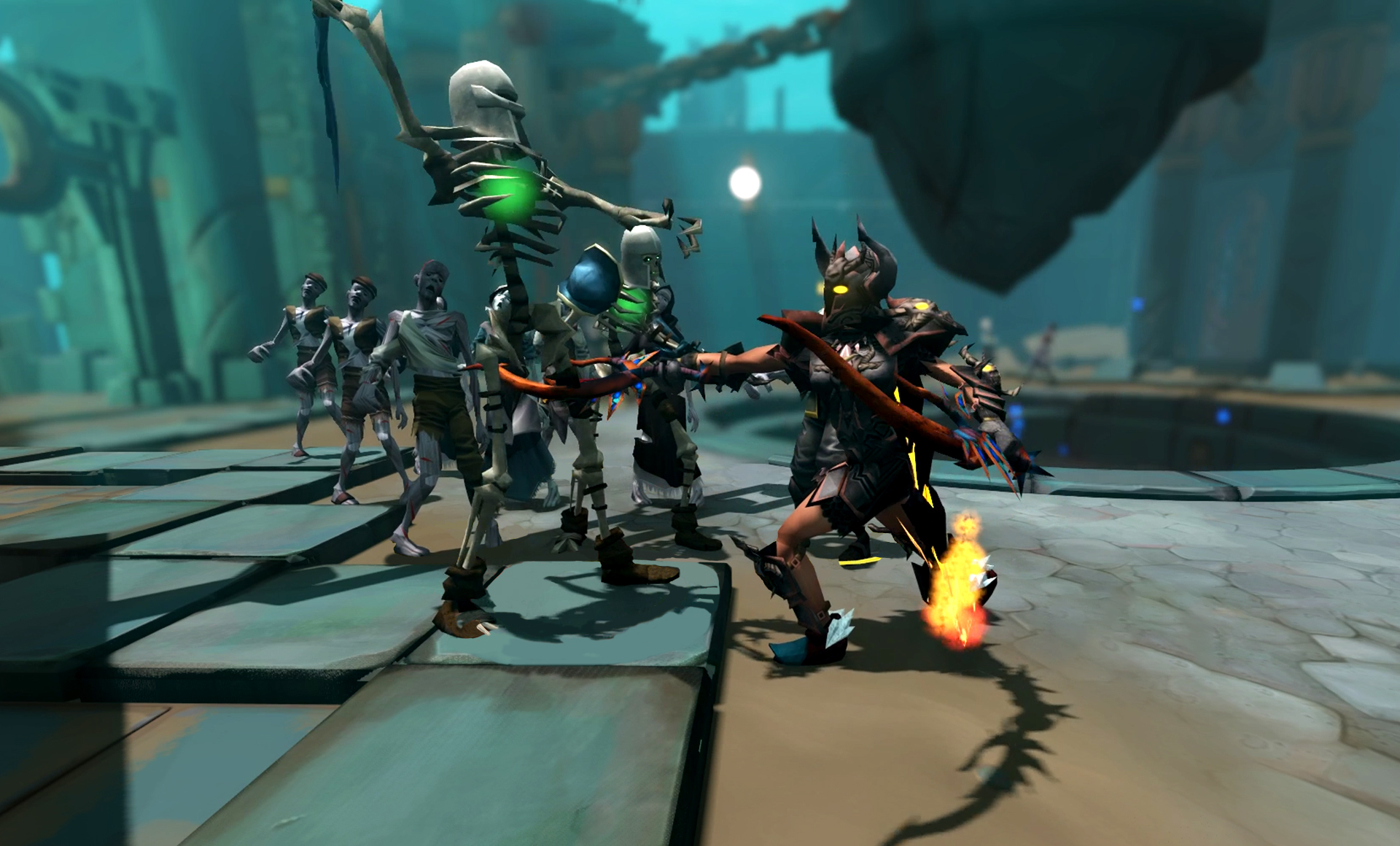 RuneScape’s elite dungeon collection has been capped off with The Shadow Reef. It’s available to everyone and offers a dungeoneering adventure for 1-3 players, just like previous elite dungeons. Playing solo is the most difficult option, so forming a small team is definitely recommended. The Shadow Reef takes players into an underwater temple to battle a lineup of minibosses and a final boss called The Ambassador.

Getting into the dungeon doesn’t have any requirements, but being unprepared will certainly result in failure. The elite dungeon trilogy offers engaging storylines along with reward drops from bosses. You’ll also gain Dungeoneering skill experience and tokens after a run. Overall, elite dungeons have been well received by the player population, as “they appeal to a wide variety of RuneScape players, whether that’s the ‘skillers’ who are looking to level up their combat skills, the ‘questers’ who love delving into adventures, or the ‘challengers’ – players that are seeking to overcome the dangerously deadly dungeon to secure the best rewards possible in the fastest time possible.” Now that the elite dungeon trilogy has been completed with the addition of The Shadow Reef, these dungeons can be played in any order.

By Jordan Lucero, 4 years ago
A Hat in Time DLC Gears for Breakfast Platformer

A Hat in Time DLC “Seal the Deal” Available Now!

A Hat in Time launched last October to incredible praise. After passing 500,000 total sales, DLC was teased and an official announcement was made on August 20th for the “Seal the Deal” DLC. On September 2nd, it was announced that “Seal the Deal” would be free for 24 hours after launch and that co-op and...