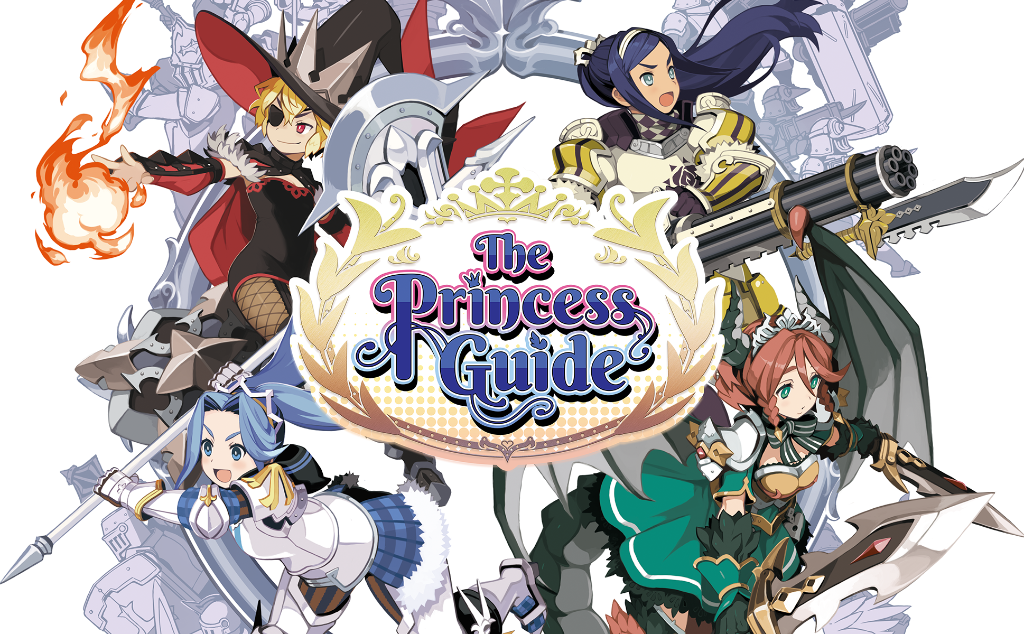 A new, fast-paced, action-RPG called The Princess Guide will launch for both the PlayStation 4 and Nintendo Switch in late March this year. The game takes place in a land of war, where “a new kind of enemy force arises to make things more difficult”. The player, who takes the role of a military instructor and advisor, can choose from four different knight princesses: Liliarte, Head Knight of Alixon, Veronica, Guild Master of the Rusty Magic guild, Monomaria, Fallen Noble of the Yudaria Family, or Alpana, Sage of the Great Kamara Faith, to teach her the art of war. Each of them is from a different kingdom with her own unique story to tell.

The outcome of a battle will depend on the princess’s performance, which is affected by how well she was taught by her guide, i.e. the style of tutelage. It is possible to give orders to the royal apprentice directly on the battlefield. The princess can also be “praised” or “scolded” by the player during conversations and battles “to enhance her abilities on the battlefield”.

The official release dates are set as March 26 for the United States, March 29 for Europe, and April 5 for Australia and New Zealand.

Currently being developed as a solo project by French artist and writer Baptiste Miny, The Blind Prophet is an atmospheric point-and-click adventure game. It features a hand-drawn world with traditional point-and-click exploration and puzzles. The Blind Prophet claims to “challenge you and provoke you to think about the importance of our existence, good, evil, and...

Being able to play RuneScape on mobile devices has always made a lot of sense. The proven MMORPG’s mobile port has been years in the making and will allow players of the game’s “Old School” mode to grind on the go. Old School RuneScape was added to the core game in early 2013, after longtime...