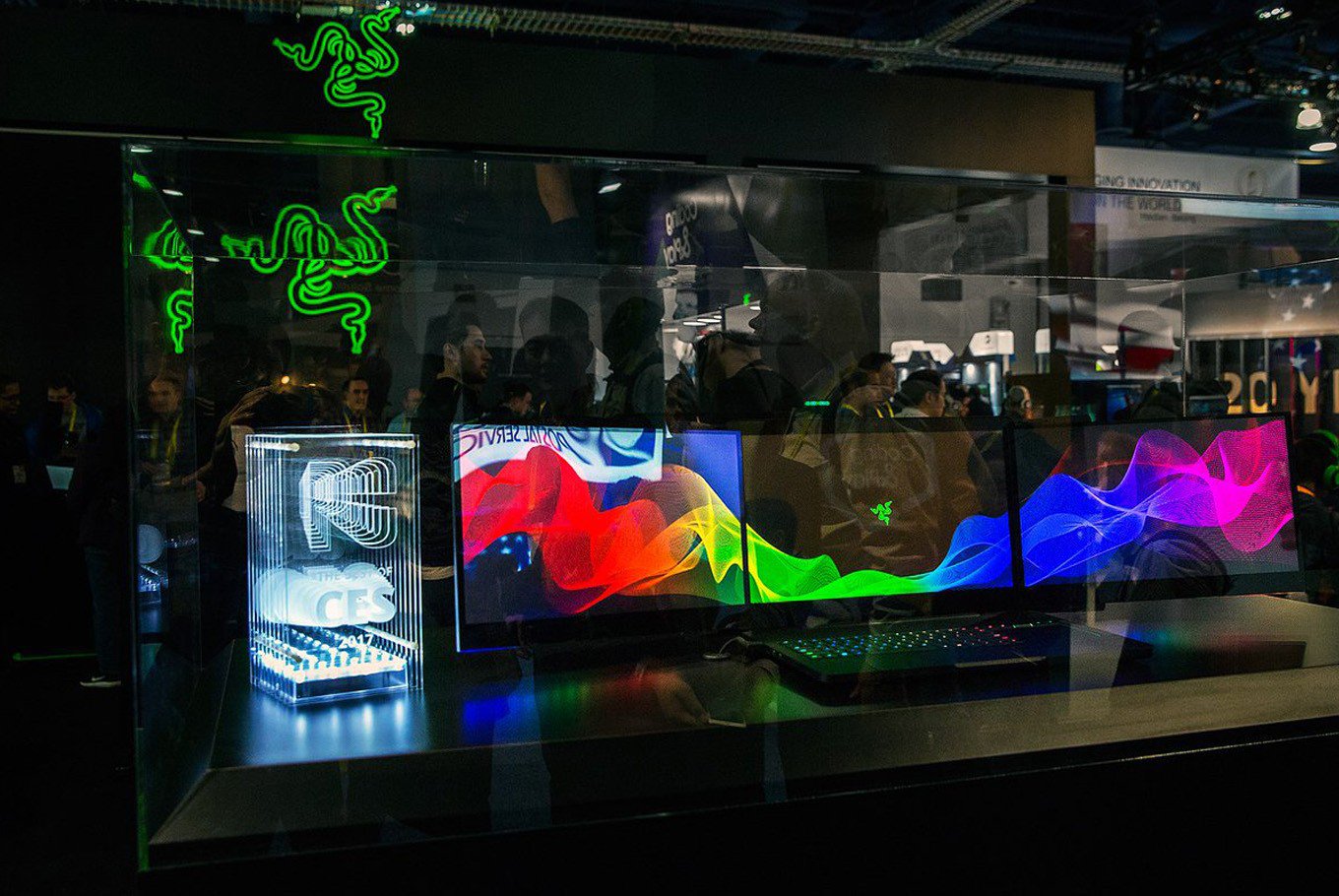 CES 2017 wrapped up last week in Las Vegas and brings the end to, as always, hundreds of displays showing off new tech for the year. As far as gaming hardware goes it seems that Razer had stolen this year’s show. However, it also appears somebody was bold enough to steal the show stealer (if that makes any sense). Before we get into the theft, let’s first take a look at exactly what Razer put up for display.

Project Ariana is going to be Razer’s newest edition to their Chroma series. The Chroma series has always worked toward immersing gamers into their experience, featuring keyboards and mice that sync lighting effects to the game being played. This new project is a little bolder than just upgraded LEDs though. It’s involves a projector which, in theory, sounds straightforward enough. This projector works in combination with the user’s current monitor and expands their field of view. It’s difficult to explain what it may look like, so viewing the video below is recommended for those interested in the product.

Next on Razer’s docket was their announcement of their new project, Valerie. It’s become the norm for most desktops to have multi-display setups and it’s difficult to imagine this being feasible on a laptop. Razer didn’t seem to think so however. That’s right, project Valerie is a multi-display “mobile desktop”.

The new mobile gaming station will feature three 17.3 inch displays each running at 4K resolution. The screen panels will be automated and fold out from the display itself. This means no extra wires, plugs, or any other nonsense. Powering these screens is a desktop-worthy Nvidia GeForce GTX 1080 GPU that supports Nvidia’s surround view technology. The device will also feature a mechanical keyboard and it is safe to assume that Chroma features will be enabled.