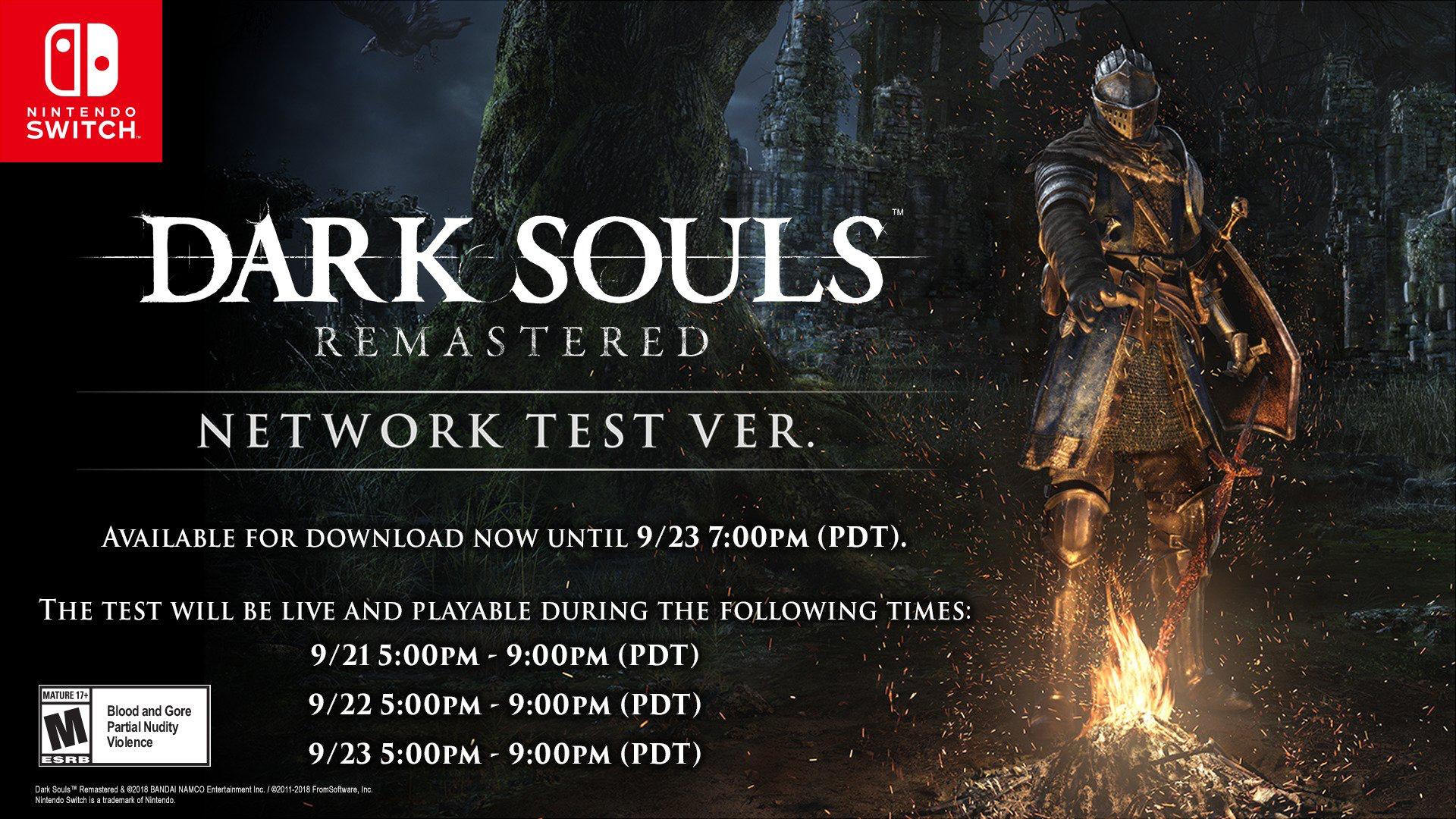 In March 2018’s Nintendo Direct, a network test was announced for Dark Souls Remastered, previously announced for the Switch and other platforms in January. After many months of silence and the game releasing on other platforms in May, a statement was made on Twitter that the Switch network test begins on Friday, September 21st from 5-9 PM PDT. The network test will also be playable at the same time the following Saturday and Sunday. A Nintendo Switch Online subscription is required to play, but a 7-day free trial of the service is still available. If you already have the trial, it will last through the network test. You can download the test version of Dark Souls Remastered right now from the eShop for around 1GB.

Dark Souls Remastered will launch October 19th for the Nintendo Switch and is available for purchase on PC, Xbox One, and PS4 right now. The Solaire of Astora Amiibo will launch the same-day as a GameStop exclusive. Are you excited? Let us know below in the comments.

Right now and for the next 11 days, Humble Bundle is offering its second 2K Bundle. The bundle offers quite a few good 2K titles depending on how much you donate (and more to come soon!). Donating $15 or more will get you a copy of the class-based shooter Battleborn, a key for Borderlands: the...