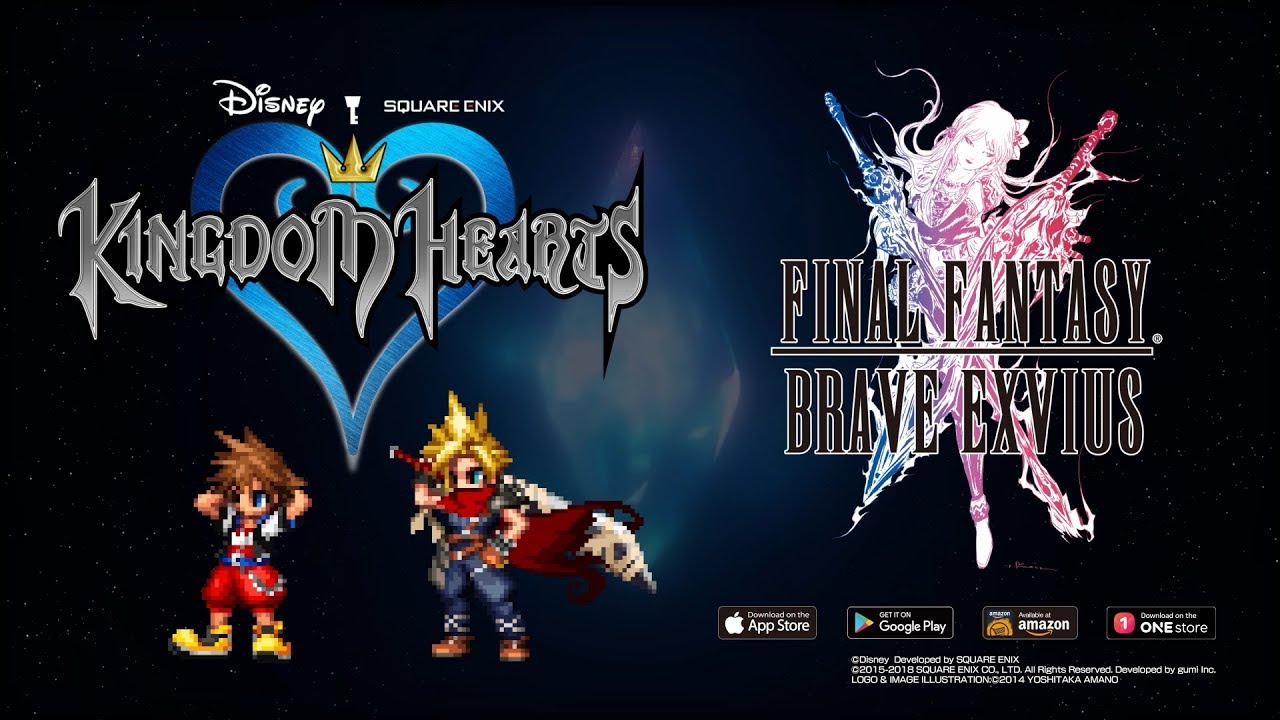 Final Fantasy mobile spinoff Brave Exvius is having a Kingdom Hearts collaboration event from now until January 11th to celebrate the upcoming release of Kingdom Hearts III. Players will be able to obtain popular Kingdom Hearts characters Sora and Cloud during this special event. A short announcement trailer can be viewed here.

Players can also participate in a Guard Armor raid event, where new enemies and prizes are available. A boss battle against Kingdom Hearts’ Darkside includes additional rewards. While the raid will disappear after the event is over, obtaining Sora and Cloud will store them in your collection permanently. Since both franchises are published by Square Enix, this short event appears to be a clever marketing strategy to promote Kingdom Hearts III where everyone wins. In fact, Brave Exvius is known to have these types of collaborations quite often. This one probably won’t draw new players into the mobile game, but existing ones will be able to enjoy some KH3-themed content for a limited time.