A Hat in Time DLC “Seal the Deal” Available Now! 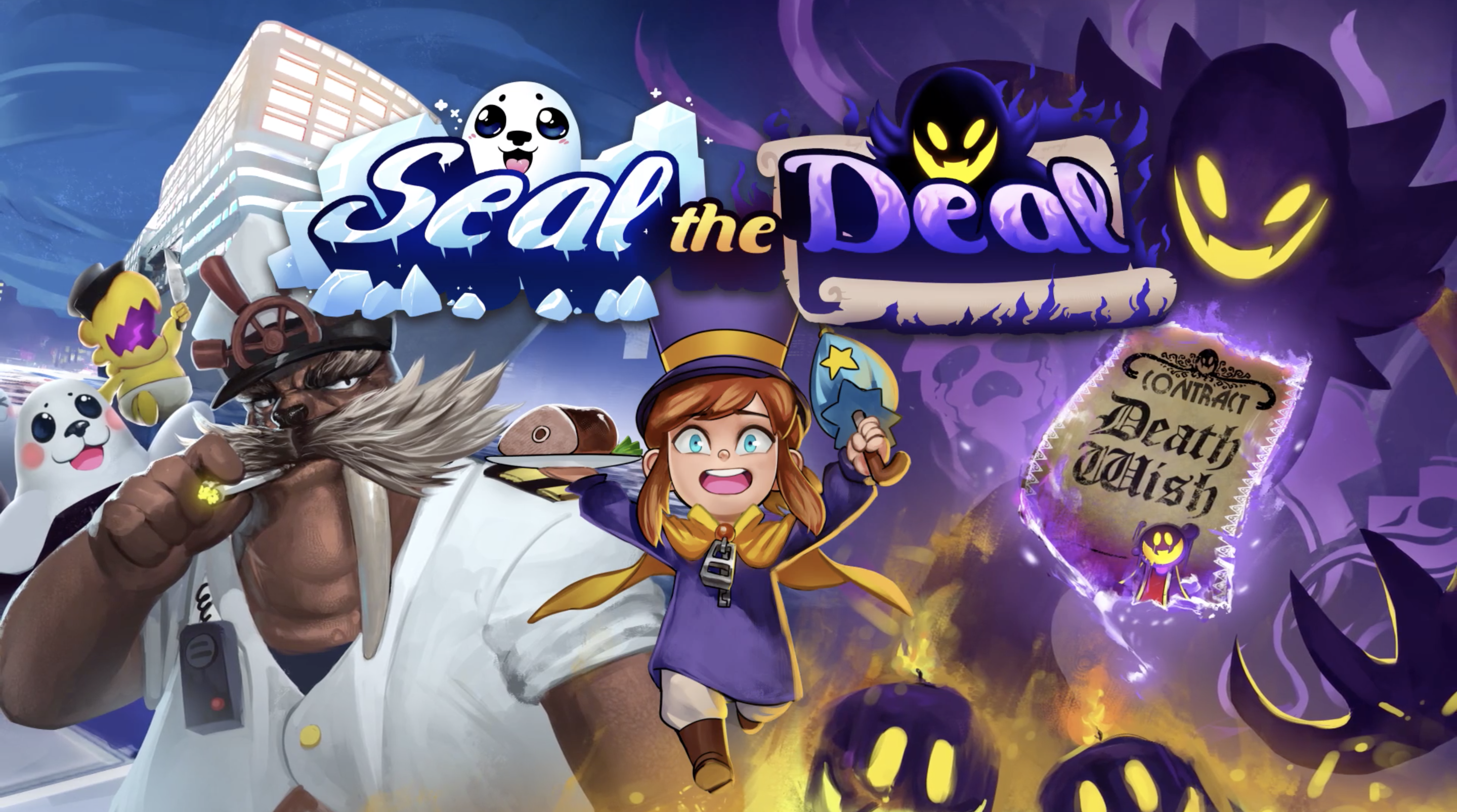 A Hat in Time launched last October to incredible praise. After passing 500,000 total sales, DLC was teased and an official announcement was made on August 20th for the “Seal the Deal” DLC. On September 2nd, it was announced that “Seal the Deal” would be free for 24 hours after launch and that co-op and Switch versions for A Hat in Time were coming soon. On September 13th, the co-op feature and “Seal the Deal” were released. The DLC was available for free for 24 hours after the initial release as promised, and it’s permanently free for Kickstarter backers. If you can’t get it for free, it will only be $4.99.

What do you get for $4.99? You get a whole new chapter, titled “The Arctic Cruise” and a super challenging new mode, Death Wish! The game’s already challenging enough so you can expect a crazier difficulty in this new mode. Are you excited to get back into A Hat in Time? Are you going to pick up the new DLC and play some co-op? Let us know below in the comments.

Wildstar is an MMORPG that recently went F2P (Free-to-Play) and has been under much criticism on the basis that its population is low. However, the game does have some redeeming qualities in that its content is great if you enjoy cartoon-themed graphics. Wildstar’s developers have announced a new update coming to the game next month...