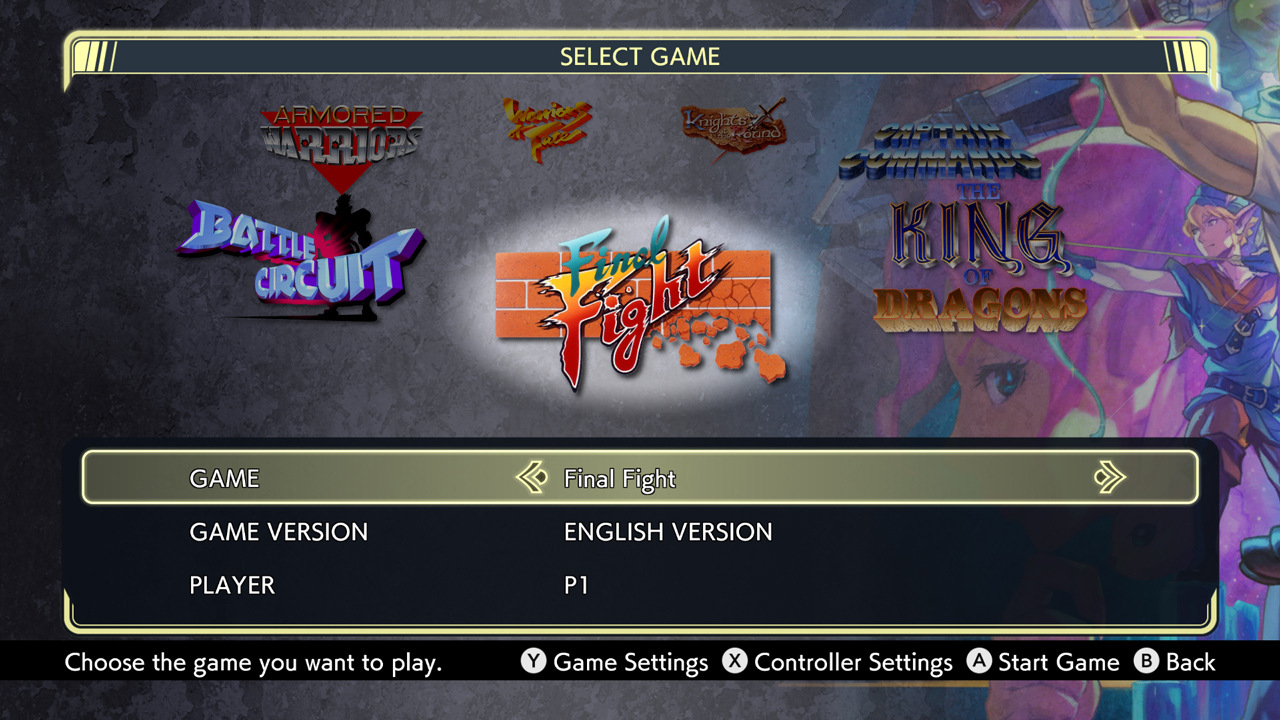 The Capcom Beat ‘Em Up Bundle contains seven classic co-op arcade games that established Capcom as a gaming powerhouse in the 90’s. The collection includes Final Fight (1989), The King of Dragons (1991), Captain Commando (1991), Knights of the Round (1991), Warriors of Fate (1992), Armored Warriors (1994), and Battle Circuit (1997). The last two title have never been available beyond the arcade, making this digital collection a must-have for Capcom fans.

Players can team up locally or online with drop-in play available. Unlike the typical versions of these games, difficulty and number of lives can be modified as well. Both the English and Japanese versions of each game are included in the bundle, plus a bonus art gallery with concept art and other goodies. The Capcom Beat ‘Em Up Bundle is truly a thorough collection of fan favorite co-op games. It will be available on September 18th for $19.99 on PS4, Xbox One, and Nintendo Switch as a digital download. The Steam release has been delayed without any official date set, so stay tuned.

By Jordan Lucero, 4 years ago
DLC Maxis The Sims 4

Yesterday, The Sims’ Twitter account teased a new announcement, and it’s finally here! The Sims 4: Get Famous Expansion Pack was announced today on The Sims’ YouTube channel. The pack will retail for $39.99, and is available for pre-order right now on Origin. It will launch on November 16th. So what can you expect from this expansion...