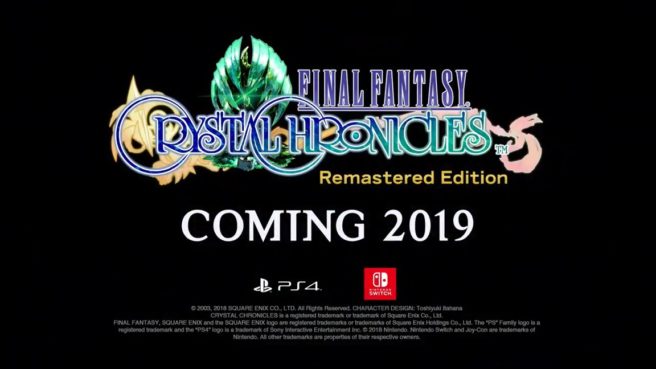 Square Enix announced that Final Fantasy Crystal Chronicles will be making its way onto the Nintendo Switch and PS4 in 2019. The game originally released in 2001 for the Gamecube and PS1. Square Enix made the announcement through their YouTube channel.

For those who’ve never played Final Fantasy Crystal Chronicles, you play as a 4-man crew tasked with saving the world from a poisonous vapor named Miasma by finding crystals across the vast world. If you’ve never played a Final Fantasy game, each one has a different story, so it’s always a perfect time to jump into the universe.

What can we expect in this remaster? The original included multiplayer with GBAs, so we could expect online play, and maybe local play for Switch consoles. You can expect beautiful HD visuals, too. The game launches in 2019, and maybe Sony can wise-up and allow cross-play with Switch players before release. More details will be released soon and Launch Party Gaming will keep you updated on any announcements. Are you excited? Let us know below.