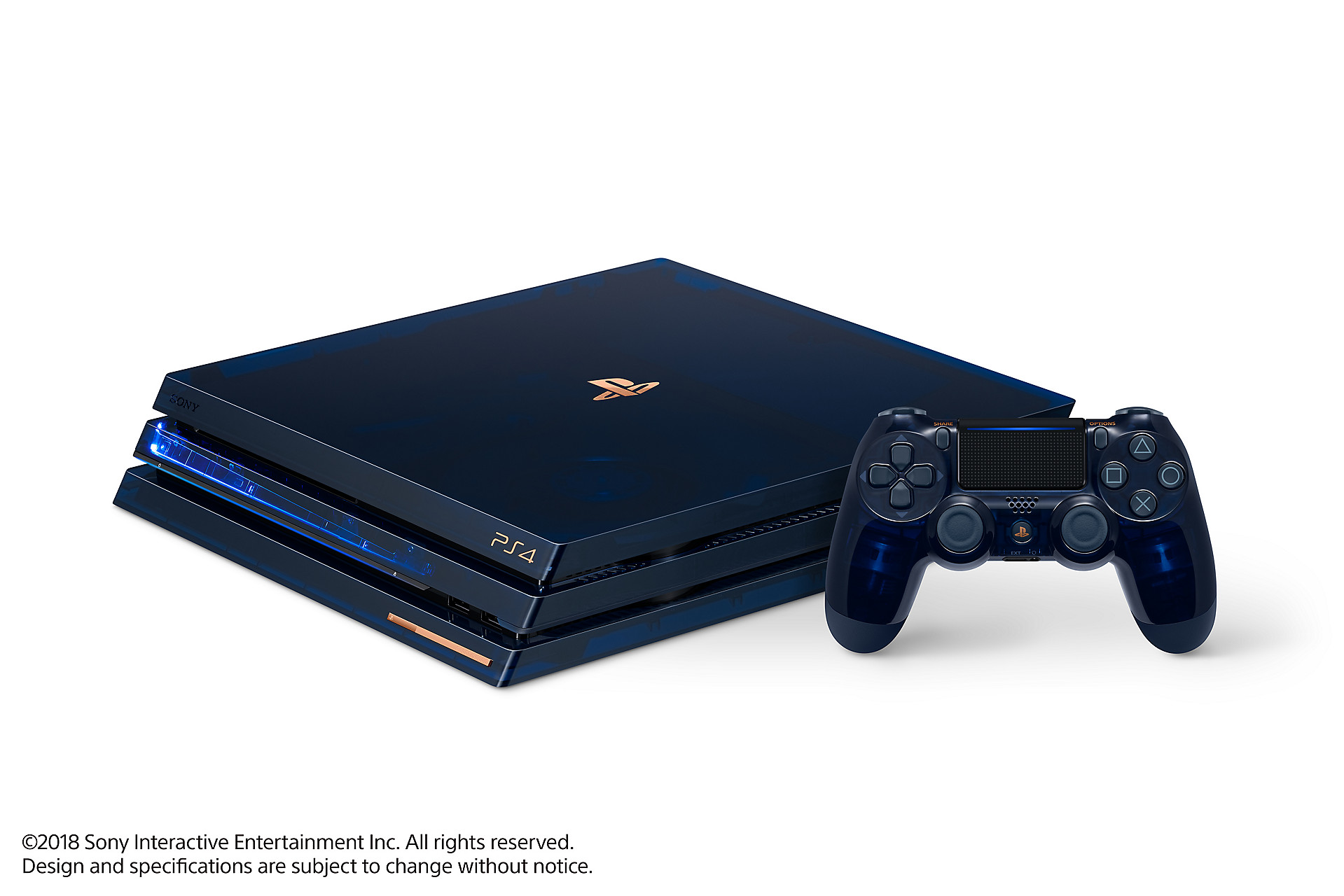 After two decades of selling PlayStation systems, Sony has finally reached 500 million total units sold. In celebration of this milestone, they are releasing a limited edition PS4 Pro themed around this impressive achievement. It will be available in a bundle which includes a similar-looking DualShock 4 controller, standard PlayStation Camera, and console stand. The console itself is a 2TB PS4 Pro which supports 4K gaming for supported titles. HDR color enhancing technology and higher frame rates come also standard with a PS4 Pro.

Here, the focus is on the unique appearance of this limited edition model. It features a translucent blue console shell and thin copper plate that displays each unit’s production number. Only 50,000 of this special PS4 Pro will be produced — it’s unfortunate they couldn’t make 500,000 of them. The DualShock 4 controller also has a clear blue outer shell, which looks perfect alongside the console.

[Update 8/18] – Pre-orders through Amazon have been sold out, but the bundle will officially go on sale August 24th, so keep an eye on its listing here. The limited edition controller by itself is also available — a better deal for those who already own the console.

A new, retro-style action-RPG that was previously published on Steam in June this year, is now coming to PS4, Xbox One, and Switch. Aggelos is a Metroidvania adventure “that looks like it was plucked straight out of the 16-bit era, but plays like a modern-day marvel”. No one would have any doubts that the game was...