The Game That Shouts: GO OUTSIDE AND CATCH EVERYTHING!! 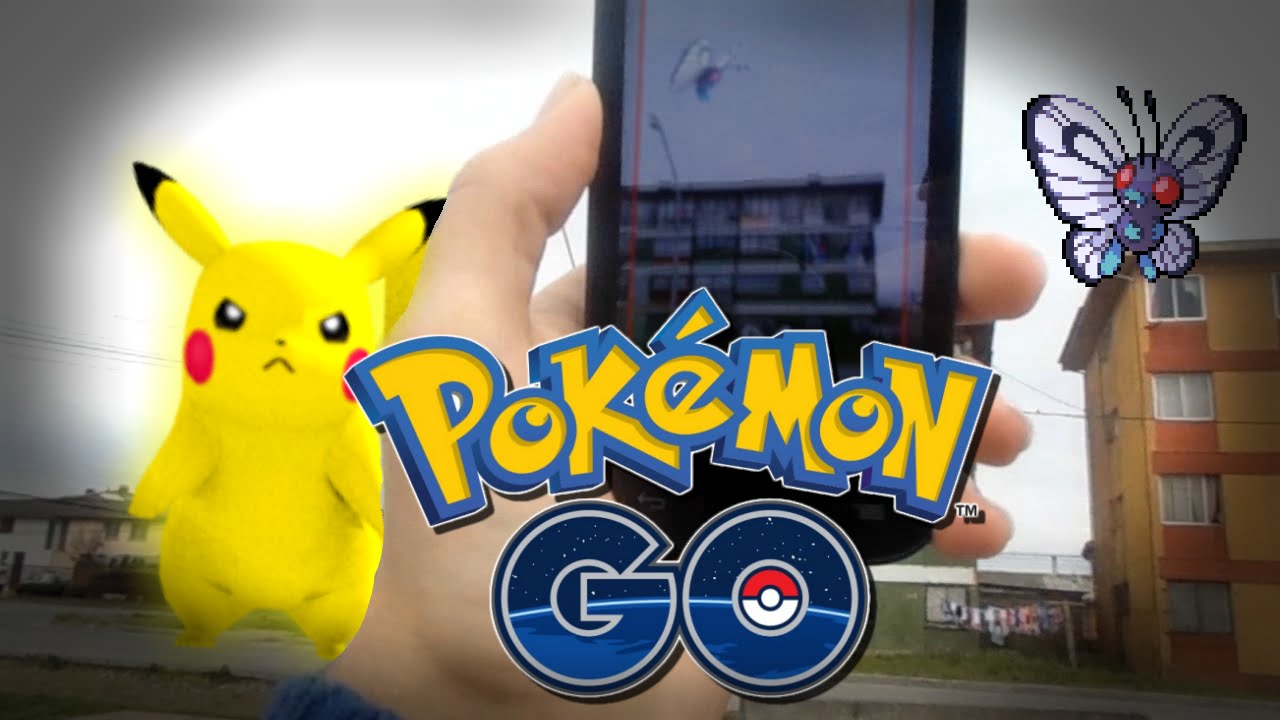 WHO DO YOU CHOOSE?! Team Instinct, Team Valor, or Team Mystic?? Well, you can’t choose until Level 5 so I don’t know why I’m asking you. Anyway, Team Rocket all the way. (There isn’t actually a Team Rocket in the game, but don’t even stop to believe for a second that I wouldn’t join them and steal all your Pokémon.)

So yeah, Pokémon Go. It’s the new craze. From day one, we’ve had millions of people download the highly anticipated app, game, virtual reality, distraction, whatever you want to call it. Needless to say, it’s awesome. However, the game is riddled with bugs and poor servers. So is it really worth playing?

Just kidding. My editor expects much more than just that. Shall we dive into Pokémon Go and see if you can be the very best, the best that there ever was? Can you catch them all as your real test? No seriously, I wasn’t just quoting the song, because catching Pokémon can be incredibly frustrating. I’ll explain more later.

So, Niantic Inc. is the Google start-up company that develops Pokémon Go. Before this, they made a game called Ingress which was used as the backbone for Pokémon Go. While using your GPS location on your phone, the entire planet is your world in the world of Pokémon. Pretty cool right? Yeah, I thought so too. Walk around your neighborhood and you will hopefully find things called Pokéstops. These are “artistic” or historic landmarks that Niantic had users submit through Ingress. What’s nice about these Pokéstops is that they give you free Pokéballs and other items. Granted, they are small in number but you can repeatedly use the same Pokéstop every five minutes or so. It’s pretty great and makes Pokémon Go more of a truly a free-to-play game and less of a pay-to-win type that I know everyone loves.

Although the game is free and really fun to play, there are a lot of issues, especially with the servers. Oh man, the servers. I’m sure Niantic knew that Pokémon Go would be popular but I don’t think they could have possibly imagined how popular it has actually become. On the very first day the game was released, the servers basically committed suicide from being overloaded. You’re going to run into a lot of freezes, glitches, and lag as you walk around and battle at gyms. On average, I’ve had to restart the app at least eight times per hour, just to get the game to work properly. I’ve experienced multiple gym battles where I lost, but should have won when the opponent’s Pokémon had only 1 HP left, but wouldn’t faint no matter how many times I hit them. Instead, their attacks kept hitting me and I eventually lost.

I have tried to catch Pokémon many times only to have the game freeze on me. I have used items that have a time limit only for the game to freeze on me. If you close the app while these timed items are active, guess what? They’re still counting down. They’re not going to wait for you! You either spend the entire time with the game open or you lose them. What happens if your phone goes to sleep as you set it aside on the bench when you don’t want to hold it anymore? The game closes and won’t alert you if there are Pokémon around. Do you want to trade and battle your friends? Too bad, that option isn’t available yet. Want to add friends? Nope. No can do. You are alone in this world and you will always be alone in this… at least until they add in that feature. Also, did I mention that Pokémon Go drains your phone’s battery extremely quickly? You’ll start off at a full charge, and end the game with only 5% battery left in what, two hours? Maybe less?

I’m not going to lie, Pokémon Go will be annoying and frustrating. You’re going to want to complain and moan about why they can’t hurry up and fix their servers. But you know what you won’t want to do? Quit playing. Yeah, they’ll have you trapped. You’ll be unable to escape from their grasp. Welcome to the party.

The servers are not the only issues though. Niantic has been truly mum about the game. We hardly receive any details about how leveling really works, the best time to evolve our Pokémon, or how to get that perfect throw on a Pokéball… Not a word of advice. It can be frustrating but at the same time, I actually think they did this on purpose. A sense of community has developed as players exchange advice and ideas about all the things I have mentioned and more.

What I especially love about Pokémon Go is how it brings people outside and together. I mean, people you never would have seen outside are now coming out in droves. I have seen no less than at least 20 people in the middle of the night in my quiet little down just walking around in the local park hoping to catch rare Pokémon. Before, when I saw people with their phones out I assumed they were texting or playing Hello Kitty Island Adventure (not a real game, but I wish it was). Now, about 90% of the people I see walking around with their phones out are playing Pokémon Go. It’s absolutely fantastic! I’ve encountered people on different teams, but we are all working together to try to catch Pokémon. On the rare chance that I encounter someone from my team, we work together to try to take down gyms. People I would never have talked to or even met I am befriending, all due to our mutual love of this game.

Pokémon Go may be riddled with poor servers, glitches, frequent freezes, and a lack of Pokéballs, but you should still download the game and play. Why? Because, quite honestly, the community right now is awesome! It’s fun exploring new areas you never would have gone to. It’s fun meeting fellow trainers and seeing where all the rare Pokémon are at. So, get the game and CATCH ‘EM ALL!!!

Now please excuse me for I have just seen a Dratini on the map that I have not caught yet and I must go capture.

Graphics: Very visually pleasing. The Pokémon actually look like what you would expect and are very detailed... for a phone.

Sound: The music and sound effects are awesome. Unfortunately, they also drain your battery drastically. So, music or no music...? Decisions!

Fun Factor: SO MUCH FUN!!!! Despite the glitches and everything, I would say this is one of the most fun games I have ever played. Even if people aren't on your team, people still tend to be helpful and give advice if you ask them.

Developer Support: So far, Niantic is keeping quiet. I'm going to give them the benefit of the doubt and assume that they are working on the glitches.

Final Rating: 8.5/10. Pokémon Go is full of glitches and loads of dropouts from its server. That being said, the game is still a lot of fun. There is a lot of potential here if Niantic can fix all the issues. However, as much fun as it is to play Pokémon Go and meet people and be outside, there is a huge drawback with all the bugs and freezes. The constant closing of the app and reopening. The lack of background running. All that causes Pokémon Go to lose points. But overall, this is a highly enjoyable game for all ages.