A game for those who try to be stealthy but just can't be. 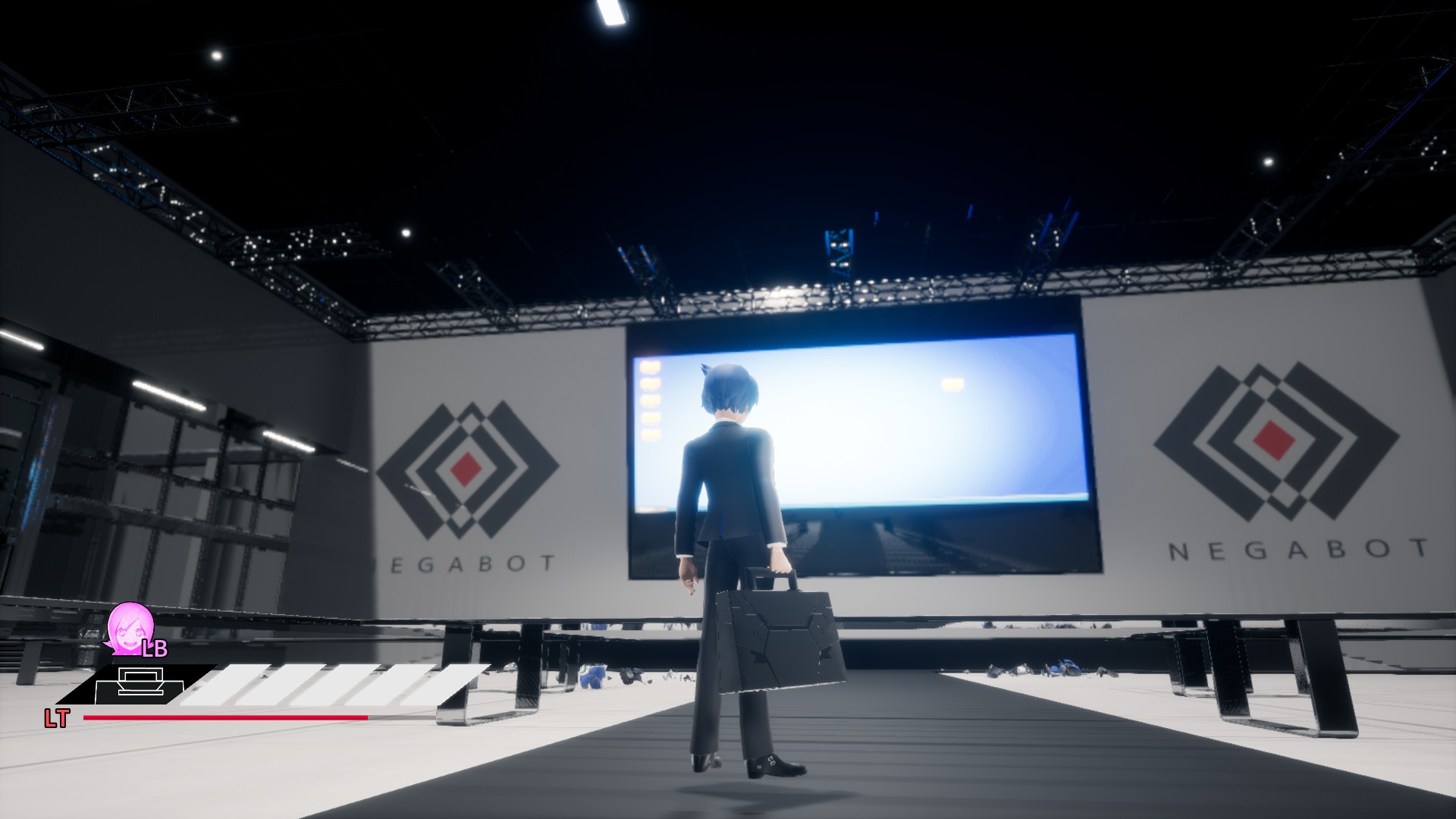 Many of us gamers have a preference on how we play. Some of us like to take the quiet approach, being a ghost that the enemy never knows is there. Then some of us love to be loud and proud and want to have the biggest presence in the area. Combing both approaches into a single game is something that can’t really be done unless it’s a true open world, but Assault Spy gives you that espionage feeling while providing many things to punch, kick, and lunge at. All with your trusty briefcase.

The first thing that caught my eye about Assault Spy was that it’s in Japanese. I personally love their culture and anime myself, so I was instantly pulled in by one thing I knew would be present in this game — humor. Small remarks and characters clearly making fun of each other add a touch of realism. Comedy also sets up one of the two main characters, Asaru, with one of his biggest challenges, his partner Kanoko. Unlike Asaru who takes his work very seriously and excels at it, Kanoko is new to their spy business and does not know anything, making Asaru’s job extremely difficult. Asaru and Kanoko’s ranks have been dragged through the mud due to her antics but they are entrusted with one more job.

You’re greeted with a menu when you first start Assault Spy, but no cursor. To me it was a surprise but the game’s menus are still easily navigated with WASD, your scroll wheel, left click, and right click. Once in the game, the graphics are basic, but effects and lighting truly give it a pop that looks stunning. There’s a blue effect that is applied to the character when a timed combo is performed perfectly and it fits very well, not looking forced at all. Explosions also have a very nice effect and the lighting they give off seems to interact with characters and other enemies dynamically, adding more shadows. The animation is also appealing with this art style. Everything is very smooth and refined. However, textures can get really buggy very quickly. Every single upgrade station that I took note of had mirrored textures. By that I mean there was text that read, “Free WiFi”, but looked as if it was meant to be viewed from inside the machine, not from the player outside of it. The hitboxes of certain objects and characters are also unrefined. The hitbox of a crate in one of the safe zones seemed to be 50% bigger than the crate itself. So when jumping on top of it, it looks as if the player is floating a small distance above where the crate is in space. This also occurs with some characters like Kanoko for example, who takes up the space of a rectangle when sitting on a crate in a safe zone.

Assault Spy is a hack and slash game, doing everything very well in creating combos and making the player learn how to use them. There are many upgrades the player can acquire at upgrade stations for a currency they earn through fighting. My complaints lie within the difficulty though. The game gives a description of each difficulty before you select it, with the two highest of the four difficulties available presumably after you beat the game once. Normal difficulty was suggested for veteran gamers. Being that I played my first game at 3 years old, I would call myself a veteran. However, the game is extremely challenging even on this setting. I’m not suggesting the difficulty be nerfed into the ground, but possibly some small adjustments could make it a little more feasible. The fight I had the most problems with was appropriately the final one. My opponent was very difficult to manage and took me many, many attempts before I was finally able to progress. The other issue I have is that once you pick a difficulty, you’re locked into it for the entire playthrough. I was going to stop partway through the game and switch to the easy mode to hopefully burn through it a little quicker, but after seeing that I’d have to start from scratch, I decided it wasn’t worth it.

When it comes to the story of Assault Spy, I honestly have to say that there isn’t much of one. As previously said, you play as Asaru with your partner Kanoko (not split-screen by the way) and you’re assigned the mission of stealing data from the globally influential corporation Negabot, but during your mission they are hostilely taken over. While it sounds like an intriguing story at first, there wasn’t much, if any development built onto it. I could pretty much predict where the story was going to go every second since Assault Spy was so focused on the fighting and humor. Both of which were not bad, but it felt like they should’ve given the story more love. The game also advertises a second playable protagonist, Amelia. Asaru and Amelia’s stories intertwine which gives the game its appeal. However, I fail to see a meaningful connection between their stories. When I discovered there were connecting stories I thought that there would be bits and pieces left out of the other’s story so you’d have to play both to get the full perspective. That’s not the case though; they each seem to have their own unique story, just recycling all the supporting roles with a new cast. Some characters carry between stories via a small cameo in the background of some cutscenes but nothing that truly intertwines both narratives. I have not completed Amelia’s story but am at least halfway through and still fail to see where they intertwine meaningfully.

Assault Spy is a blast to play, even just to look at. The controls are satisfying and the visuals are beautiful. The characters are even lovable most of the time. However, the amount of bugs, lack of story, and lack of fluidity in changing some things such as the difficulty partway through the game add up. Those and a few other factors make the game difficult to love as a whole. There is still room for improvement and I look forward to what patches and updates improve Assault Spy.

Graphics: Bugged textures are present. Color pallet is fairly basic but very visually pleasing as lighting and effects make up for it.

Gameplay: Gives off a Devil May Cry sort of vibe that I've missed in recent years, handling combat in a revitalizing way that forces you think about your chains.

Story: The story isn't great, and the advertising of two intertwining stories does not seem to be entirely present in the way I would've thought.

Progression: Earn currency through combat — the better you fight, the more you get. Those points are then spent on unlocking new combos and abilities.

Replay Value: Includes multiple difficulties and features a "Dojo" mode where you can try out both Asaru and Amelia. Additionally, the game ships with a timed challenges mode.

Final Rating: 7.5/10. Assault Spy is a blast to play, even just to look at. The controls are satisfying and the visuals are beautiful. The characters are even lovable most of the time. However, the amount of bugs, lack of story, and lack of fluidity in changing some things such as the difficulty partway through the game add up.

A very entertaining game with beautiful visuals and rewarding combat, but I expected more refinement.