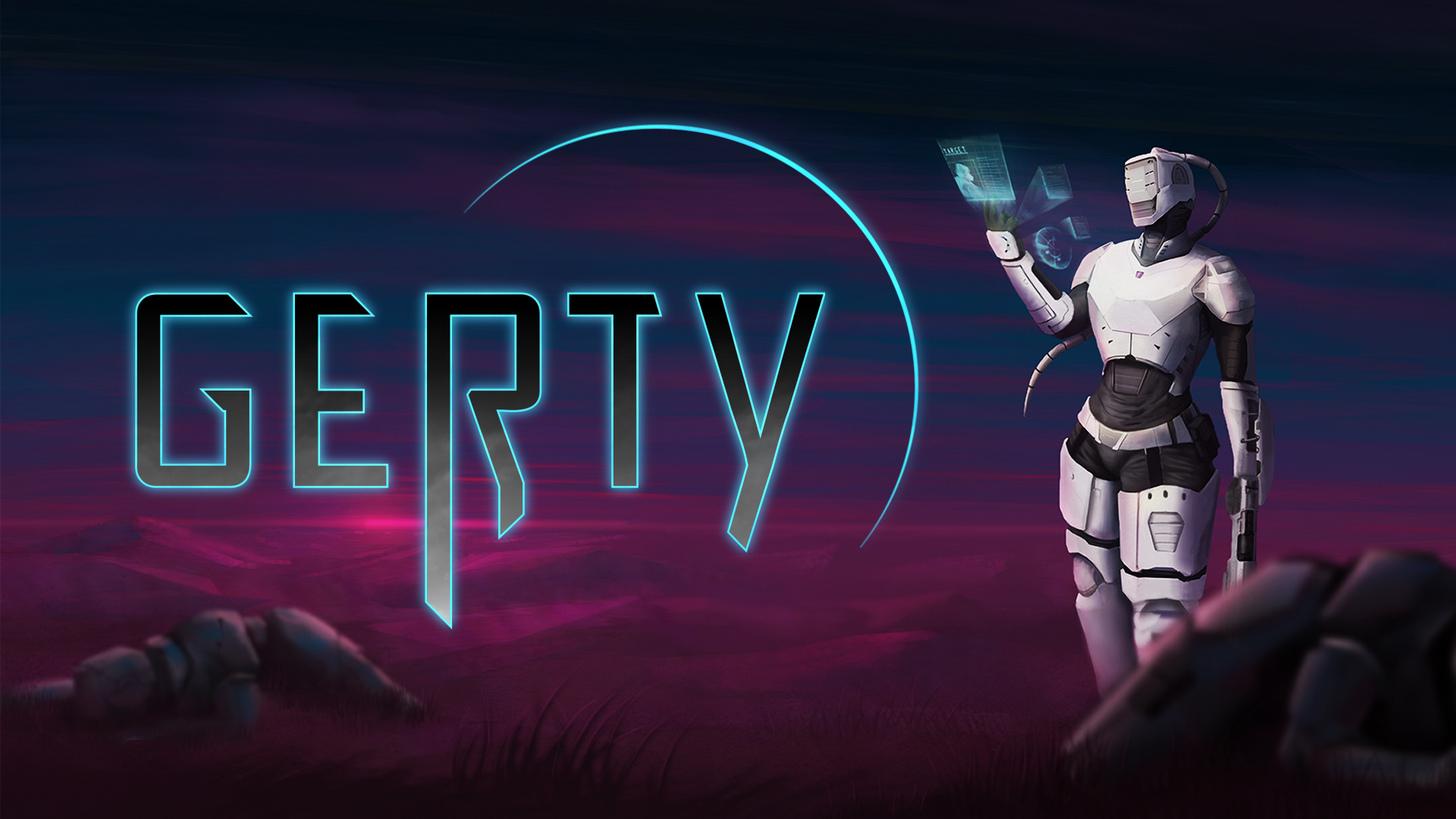 Gerty is a twin-stick shooter being developed by Spawn Point OSK. It is a four-player, top-down, co-op shooter that puts players in an alien underground mine. The game is still in early access, with a full release set for late 2019. Gerty offers four-player local co-op, a wide range of difficulty settings, a large collection of unlockables, and a set of unique challenges for each character.

My first impression with Gerty is that it is very challenging. Even on lower difficulty settings I found it entirely possible to make a mistake and die in the mines. On the higher difficulty settings, failure was all but guaranteed for even the slightest misstep. Enemies come at you in waves and they do not let up. The longer you stay in a level, the stronger the waves become. Wait long enough and you will be overrun.

Gameplay in Gerty is fast-paced and exciting, with short levels and a simple objective. Players are tasked with excavating their way through a small section of alien underground in search of a teleporter. Often times a second objective is required to activate the teleportation, such as defeating an enemy captain or activating a hidden generator. Upon completion of all objectives and finding the teleporter, players are transported to the next level, and the challenge begins again.

As I said above, Gerty is very challenging. It’s not unfair. It’s not frustrating. It’s just difficult. The more time I spent with the game, the more I came to appreciate its unforgiving challenge. Successfully waiting out a survival mission is both tense and satisfying. Sticking around a level long enough to warrant high threat is similarly terrifying, yet worth it to earn enough juice to gain another item for the next level. There are tons of upgrades and not nearly enough juice to buy them all. Tempting the waves of alien enemies is absolutely necessary if you plan on defeating a boss. Speaking of which: the first boss is a terrifying and dangerous experience. Defeating him my first time was very satisfying and memorable.

While exciting and challenging and fun, Gerty is short, to a fault. Currently, there is only one world with six stages and a boss fight with plans to release a second world containing another six stages and a boss. Even considering that I only experienced half of the total content in the game, I was sadly left unfulfilled. The levels are very short and small. These tiny levels succeed in invoking a feeling of being closed in, back against the wall, but fail to really satisfy the itch for more action. Too often I found myself at the teleporter within seconds of spawning in.

The lack of content is alleviated in part by the inclusion of challenges and unlockables, but even those are bittersweet. Challenges are often just a replay of a previous level with a unique restriction such as having one of your weapons disabled or being put on a time limit. Unlockables come in many forms: new items to purchase during levels, three additional playable characters, and various achievements for feats of skill. The limiting factor for unlockables and challenges is that they must be purchased with fame, which is accrued by beating levels. While you gain a ton of fame every time you do a playthrough, with only seven stages at the moment, unlocking new items feels too much like a grind. Having a second world in the full release will alleviate this feeling somewhat, but there is so little content currently that I can comfortably say that doubling it will not be enough.

The feeling of too much grind in Gerty is exacerbated in part by the scarcity of your primary resource: juice. Juice is acquired by drilling through the special terrain that holds it. Players can use juice to purchase items that will help them in harder levels. The issue I had with juice is that you simply cannot collect enough of it. There are 40 unique items you can purchase with juice and juice essences, many of which you can upgrade for extra power. This amounts to more than a hundred potential purchases in a single playthrough. Even when I intentionally braved the onslaught of enemies to harvest every single ounce of juice on every level, I was lucky to purchase maybe five.

Being an early access game with almost a year left before release, these things are subject to change, and I will wait until I see the final build to pass judgment. As it stands today, however, some of the content in Gerty is imbalanced and needs adjustment.

My experience with Gerty was fairly enjoyable. It was short, swift, and challenging. I will likely revisit it again when the full release is ready, and hopefully there will be enough new content to get me hooked the second time. Gerty is a good addition to the Twin Stick genre, and with continuing support from Spawn Point OSK, it could be an indie game worth watching.

Neon Warp is a minimalistic puzzle game developed by Axel Sonic. The goal of the game is to turn each of the different colored tiles to the same color. The levels can get pretty tough, and because this game is so fresh, there is a major shortage of walkthroughs available right now. You’re on your...