Marble It Up! Review

A casual, physics-based platformer where you roll to the finish line. 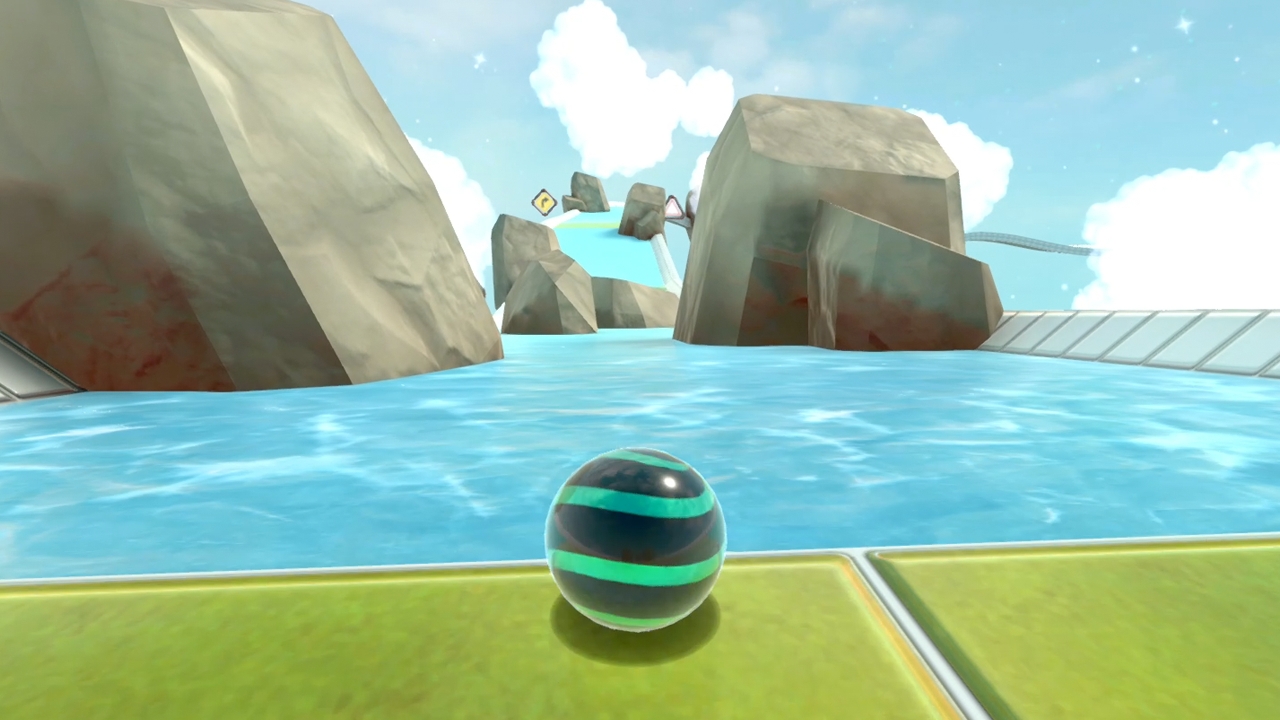 Marble It Up! is a puzzle-platformer where you must carefully navigate through an obstacle course as a rolling marble. This concept is one we’ve seen many times before, but it works extremely well on the Nintendo Switch. Marble Madness (1984) first pioneered the idea of a marble platformer and was followed decades later by the SEGA smash-hit Super Monkey Ball. However, Marble It Up! plays more similarly to Marble Blast Gold (2003) and Marble Blast Ultra (2007) — two relatively unknown titles. Clearly, marble platformers have traveled through several generations of gaming. With HD rumble, portability, and a family-friendly feel, the Switch was built to run this game which could even be used as a nice introduction to the console. Racing against the clock, your goal is to reach the finish line without falling off the map.

Nothing really makes Marble It Up! any different from its marbling predecessors, but its gameplay style is fairly underrated in general. The marble physics feel tight, which is quite important for a precise platformer. You don’t want to have loose, wobbly controls and that definitely isn’t the case here. While the goal in each level is to simply reach the finish line, the player is meant to try and earn medals based on time. Without attempting to get these medals, Marble It Up! becomes an extremely easy affair. Time pressure is the only factor that makes the game difficult, at least for the majority of its stages. Bronze, Silver, Gold, and Platinum medals can be earned, and I personally found Gold to be a reasonable goal. Platinum is practically impossible to achieve, and I only managed to get one by accident. It requires pinpoint accuracy and really only exists for speedrunners.

The game isn’t very flashy and visually appears like something out of the GameCube era as a result. There’s a modest selection of different marble skins you can unlock by obtaining medals, but nothing else with regards to customization. Marble It Up! definitely could work well on mobile, but it doesn’t feel out of place on the Switch. There’s just enough content for it to be considered a full-fledged title and using thumbsticks as controls fits perfectly. However, just passing the levels and not rushing against the clock puts this game’s total playtime at under two hours. I can understand why there isn’t a requirement to beat levels under a certain time, but this needs to be compensated for in the number of available stages. There are currently 40 stages of increasing difficulty, but the first 10 are tutorial levels. Only the final five stages pose any real platforming challenge regardless of speed. The puzzle element also relies heavily on time pressure. Some levels require you to collect gems in a maze-like course. You could potentially spend an infinite amount of time casually picking up the gems and completing the level, or you could figure out the best collection approach to minimize your time. Discovering the optimal travel path is the puzzle factor, and it completely disappears when you have unlimited time.

A ghost mode lets you race against yourself, which is helpful when you’re just a few seconds short of a medal. You can also view replays in a cinematic free-roam mode, but I found it extremely buggy. The replays would often freeze midway through or shudder randomly. The game’s indie soundtrack is ambient and similar to Rocket League’s — a bare-bones collection of music that supplements the levels. Marble It Up! is an innocent game for all ages that’s quite easy, but provides the player with achievements and unlockables to challenge themselves. The physics engine is extremely accurate and allows for some relaxing platforming through various courses.

Graphics: Nothing fancy, but colorful enough to be visually pleasing. The game's graphics have a GameCube vibe.

Replay Value: The game could use some more levels, but earning medals adds a decent challenge that requires a number of replays per stage.

Fun Factor: Rolling a marble through a racetrack is fun for all ages, and could even be used as an entertaining introduction to the Nintendo Switch.

Final Rating: 8/10. Marble It Up! is an innocent game for all ages that’s quite easy, but provides the player with achievements and unlockables to challenge themselves. The physics engine is extremely accurate and allows for some relaxing platforming through various courses.

This is a game that anyone can pick up and play.

Neighbor is a Japanese horror visual novel released by Otusun Land. Fitting to its horror genre, the game has a cryptic background. It was originally created and distributed by the Japanese company Rosalia in 2009 as a freeware game, but Rosalia eventually closed down and the game died, becoming unobtainable for years. Otusun Land, an...