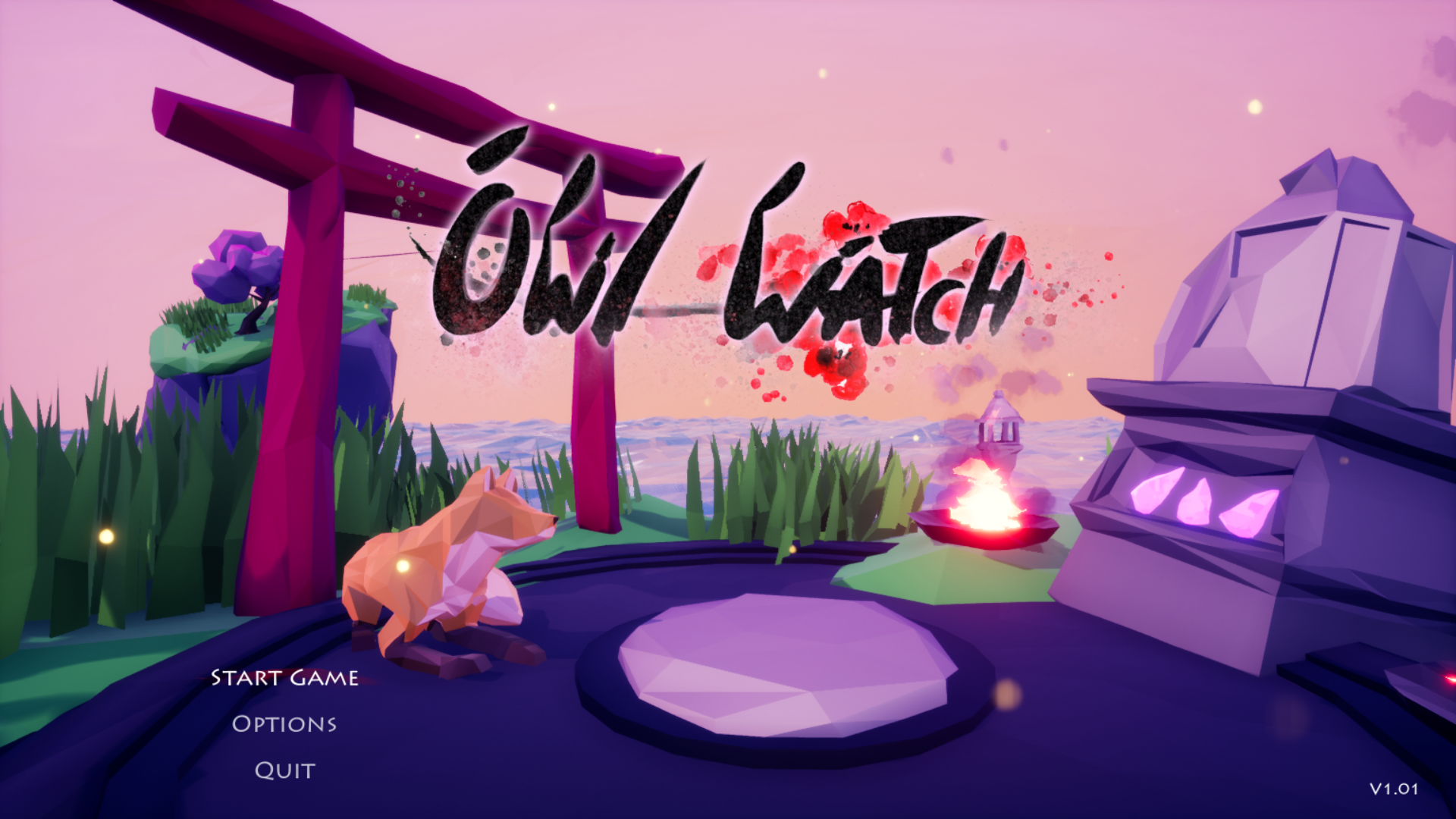 Owl Watch is a short adventure game published and developed by Agelvik. Agelvik consists of one member, Andre Hjelvik, who is from Norway. Owl Watch was created with the help of Amalie Borgen, Jack Kalvoy, Oscar Sorensen, and Camilla Vie, who are not regular members of Agelvik. The game, described as a “short atmospheric adventure,” has a simple story. Darkness is threatening the world, and you, a Watcher, are tasked with activating a defense mechanism against it. This defense mechanism consists of three different crystals, existing in three different biomes. These crystals are each fragmented into three smaller pieces, and you must collect and assemble them all. The game consists of three levels, along with both opening and ending cutscenes. Noted in the game description is that Owl Watch takes about 10-30 minutes to play. It can be purchased on Steam for $2.99.

Owl Watch is a very calming game. Its graphics, soothing background music, and simple objectives make for a very casual experience. I actually find the mood similar to mobile games like Monument Valley. In every level is a new biome with lovely ambient music and low-poly graphics. Crystal shards are located on platforms that can be reached via various paths and some minor obstacles. That being said, because its objectives are so simple, the game is very easy to play. There are only two controls: click or hold the left mouse button to walk and press the spacebar to dash. It is possible to die from falling off paths, but deaths are unlimited, and you restart fairly close to your last position.

Looking past the detailed atmosphere of Owl Watch, the game itself does not actually hold interest for long. I got plenty of enjoyment stretching my playtime to half an hour, and did several reruns afterward. However, I was able to speedrun the entire game in even less time than the 10 minutes Agelvik advertises; my speedrun was 5 minutes long (not counting cutscenes). The first level alone took merely 28 seconds. In total, this game held my interest for around an hour, and by then I’d exhausted all its details. There is no save or replay function in Owl Watch either, because of its short nature. Revisiting one level means replaying all levels before.

As of writing, there has been one update to the game, released on November 21. This update fixes various bugs and improves graphics, but I’d like to note I still found one glitch within the game. At one specific area in the third level, wolves, who autorun on a set path, get stuck at a fixed point until the player leaves that area. Other than that, the entire game runs smoothly. It is heavy on the GPU, though, which might discourage users experiencing intense lag.

Overall, I’d like to say I enjoyed Owl Watch for a short period of time. Yes, I do wish the game was longer, but I was not disappointed between what was advertised and the game I actually got. Perhaps pricing this 10-30 minute game at $2.99 has gotten minor complaints, but it’s important to note that the entire game was made by a team of only five people. Owl Watch doesn’t oversell itself in its description, and lets its gameplay speak for itself. It’s a simple, relaxing game for a boring day.

Graphics: The graphics, while low-poly, are beautifully rendered and detailed. This ends up taking a toll on your GPU.

Story: The storyline is very simple, but the long, unskippable cutscenes get monotonous after a second or third replay.

Fun Factor: Owl Watch is simple and relaxing, but it quickly exhausts itself within an hour at most. To be fair, its incredibly short length is mentioned in its description.

Final Rating: 6.5/10. Owl Watch is best suited for those looking for a calming experience. There isn't enough content to satisfy hardcore players.

The Watcher awakens from its slumber.

Created by the widely known Black Shell Media’s game development subsidiary, Black Shell Games, Overture is a roguelike RPG with plenty to offer. It is a clean game with a surprising amount of depth and creativity in character selection. Practically every essential roguelike feature is included, from dungeon boss battles to a plethora of loot...