A pitfall in first-person shooters. 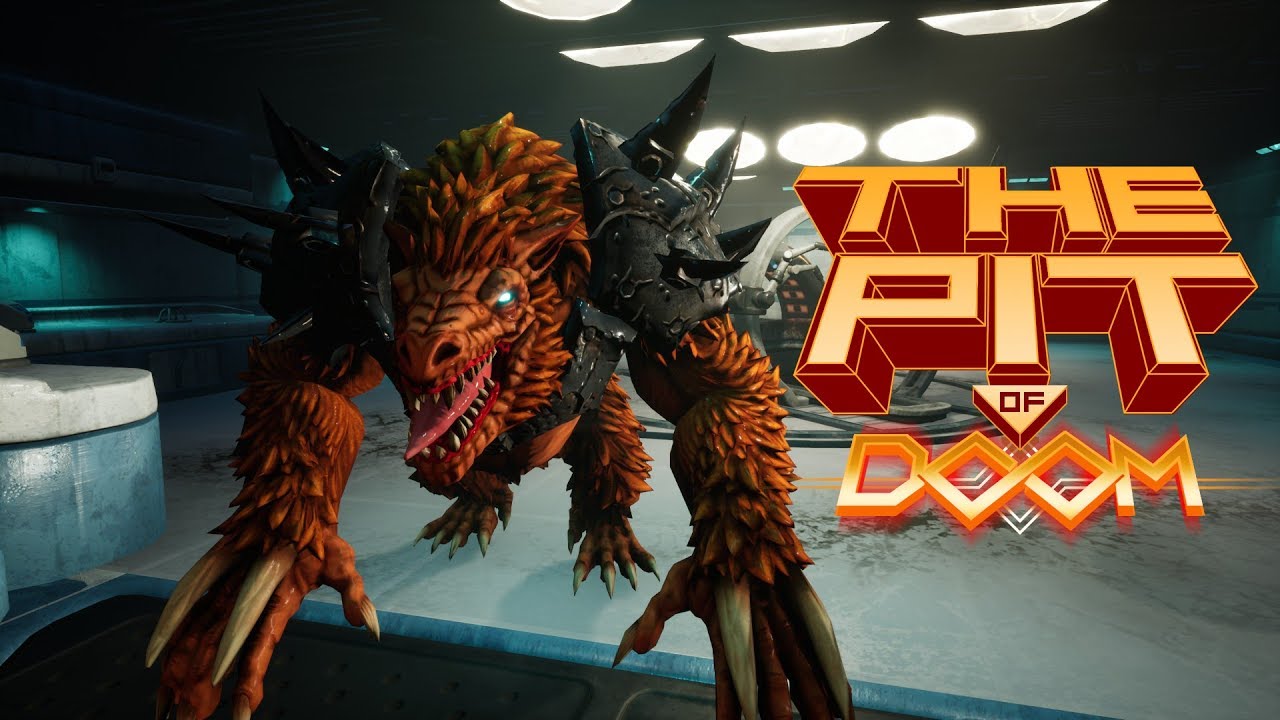 If Kerberos’ intentions were to combine the FPS and roguelike genres within a single game, they certainly succeeded. Pit of Doom retains many of its roguelike elements from SotS: The Pit. It features a dungeon crawl through procedurally generated levels, with players starting from the top of the dungeon and working down the floors. There is turn-based gameplay and fog-of-war dungeon navigation. Players select from different starting classes and upgrade their passive abilities through experience points. Death is permanent. The novelty that defines Pit of Doom, however, comes from its first-person point of view. Playing the game without background knowledge, you’d be forgiven to think this game is a stereotypical FPS. However, you’ll soon find that the thrill of an FPS is missing in Pit of Doom due to its roguelike nature. This makes the game much less excitable.

With each new game, you are prompted to choose a class to play. There are three: Engineer, Marine, and Scout. The Marine class is objectively the best, as it’s the only class that comes equipped with a rifle to mow down enemies. Both the Engineer and Scout classes have pistols as their main firearms. Passive stats, which are also affected by class, are not a big factor in this game. Three ruling attributes (Might, Finesse, and Brains) dictate the effectiveness of certain skills like foraging, lockpicking, engineering, etc. These skills don’t really come into play besides dictating the rate of success for in-game actions, like opening doors or searching for loot. Again, this draws from the roguelike genre and standard tabletop RPGs like Dungeons and Dragons, but is out of place in an FPS. Especially frustrating is the random loot obtained if searches are successful. Luck of the draw comes into play when searching each crate, freezer, or locker. Successful searches might uncover nothing, if no items were in the container to begin with. Ammo is a scarce necessity in the first few levels. Resources are few and far between, and some items and raw material have no obvious usage in beginning gameplay. If you don’t die from running out of ammo, you may die from starving to death. (A hunger meter is present in the game, but out of place.)

Because Pit of Doom aims to stay true to the roguelike genre, turn-based gameplay is achieved by locking most enemies behind doors. Players can wander the halls of each floor all they like, but the main action of the game is unlocked through each opened door. Levels can last indefinitely if players choose not to open doors, but delaying confrontation is pointless as there are no resources to be found outside enemy rooms. There is no strategy to combat, either. The quick reaction needed in an FPS is missing in Pit of Doom, both due to its turn-based gameplay and the lacking movements of enemies. Monsters and player alike charge into one another with attacks, hoping one will die first. Shooting becomes a button-mashing session rather than a test of precision on one’s target.

There is a vague idea of a story in Pit of Doom, but it’s lost within the mess of each level. A detached voice speaks to you over the intercom of the Pit, occasionally mocking you ala GLaDOS from Portal. Any similarities end with the shared amusement over your character’s entrapment, though. More often than not this voice will frustrate you with odd catchphrases such as “And remember… drink your Ovaltine!” triggered by every freezer search. There are very little, if any, lines that provide exposition to Pit of Doom’s story. Prior knowledge is assumed from SotS: The Pit, which makes this game even more of a bore to new players.

Pit of Doom is still in early access, so there are some bugs with its current release as of November 13th. The game will not run if the DirectX 9.0 plugin is missing, and the prompt to install this plugin will only show if the game is launched manually rather than through Steam. Within the game itself, there will be some areas with broken walls or missing textures, partially due to the random generation of each level. Most of the game errors are on the graphical side, though, and will presumably get better with each new update.

Overall, Pit of Doom is best played as an accompaniment to the original SotS games. Particularly, Pit of Doom is a genre remake of Sword of the Stars: The Pit, and doesn’t work on its own as a standalone game. I see potential in this game, but right now it’s best suited to hardcore SotS fans and tabletop gamers looking to try out video games. The FPS aspect of this game is not strong enough to draw in attention from typical FPS gamers, and the roguelike aspects of Pit of Doom make for a boring game for those used to fast-paced action. If you’re a fan of the Sword of the Stars series, the roguelike genre, or tabletop gaming, Pit of Doom might be worth taking a second look at.

Originality: Pit of Doom aims to combine the FPS and roguelike genres within a single game. Both genres' influences are present and noticeable, but it doesn't add up to a terrific game.

Progression: Lack of resources and luck of the draw makes it hard to get the necessary ammo and food to continue down levels. Levels themselves are repetitive and pedantic.

Replay Value: Permadeath leads to multiple restarts. Autosave and manual saves are an option, but both require you to exit to the main menu to save.

Story: The story in Pit of Doom requires context from Sword of the Stars: The Pit. There is little in-game exposition.

Final Rating: 5.5/10. Pit of Doom is a companion piece to the Sword of the Stars franchise, not a stand-alone game.

And remember... drink your Ovaltine!

Gerty is a twin-stick shooter being developed by Spawn Point OSK. It is a four-player, top-down, co-op shooter that puts players in an alien underground mine. The game is still in early access, with a full release set for late 2019. Gerty offers four-player local co-op, a wide range of difficulty settings, a large collection...