An adventure worth all the gemstones in the world. 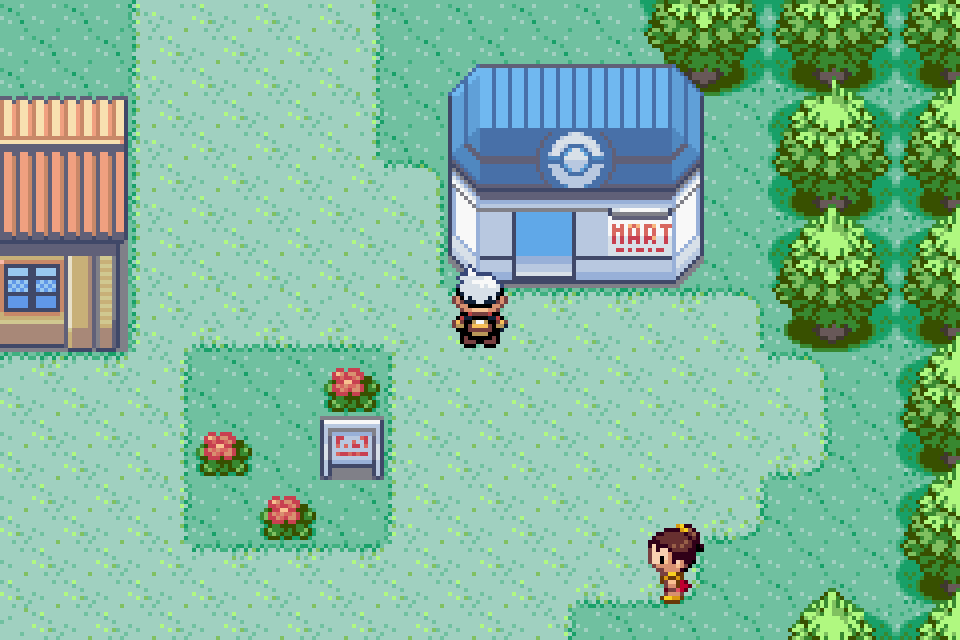 The Pokémon franchise has been experiencing a kind of renaissance over these last few years. After interest seemed to fade during its fifth and sixth generation titles, the franchise managed to get itself back in the game and arguably come out even stronger than before. The success of Pokémon Go is the obvious example, and when we look at the newest games in the franchise, Sun & Moon and Ultra Sun & Moon, we see a positive audience response and even rising sales numbers. Nintendo and Game Freak have once again found their groove with this franchise and want to keep the ball rolling with this year’s Let’s Go Pikachu and Let’s Go Eevee – bringing a Pokémon RPG to home consoles for the first time since 2005’s Pokémon XD. In these newest entries many players will be able to relive their original Pokémon journeys. However, to me Kanto was never the place where it all began. No, my first journey wouldn’t come until 2002’s Pokémon Ruby and Sapphire.

This third generation of games came six years after the originals first made their entrance to the world. By this time the formula was well established and players all over knew what to expect. You pick your partner, train and catch other wild Pokémon, collect the eight badges, you know the drill. The foundation was set in place and this allowed developers to focus on refining the game and making a more cohesive experience than the games that came before. While the most apparent change compared to Gold, Silver and Crystal is a graphical overhaul, another major change is how the overall region’s identity became more defined and bled into all other aspects of Ruby and Sapphire.

Inspired by the Kyūshū region, Hoenn’s aesthetics are all about conveying a hot and tropical island environment. Location-wise we get many more water and island areas, as well as the first appearances of tropical rainforests and volcanoes. Trainers are often dressed to reflect the hotter climate and Pokémon like Wingull and Tropius are almost the personifications of the beach and tropic forests. Even this region’s evil organizations fit perfectly with the backdrop. Tropical regions and especially islands are not only vulnerable to natural disasters, but also the looming threat of global warming and climate change puts these regions in more danger than most other places in the world (except the Netherlands maybe, they will probably get flooded before all of us). Creating organizations bent on taking control of nature’s power for their own goals was a perfect fit for the region. This thematic focus is found in all aspects of the game, creating a cohesive experience. I love Johto and Kanto, both have great locations and great Pokémon, but neither of those two managed to create an all-encompassing identity like Hoenn did.

Another noticeable change to the franchise lies in your rival. While Gens 1 and 2 have Blue (Gary) and Silver, in Ruby and Sapphire your primary rival is the other playable character option. Depending on your choice, either May or Brandon would be your first rival and the child of Professor Birch. With this change also came a notable shift in your rival’s personality. For the first time they were a friend you could have a friendly rivalry with instead of the more antagonistic relationships of before. This shift in the franchise has often received criticism from the fanbase but is something I have quite enjoyed. It just gives the world that much more of a friendly and desirable outlook – something that has always been the biggest strength of Pokémon.

The final additions worth mentioning are the introductions of contests and double battles. While contests have always received mixed responses (I will personally always defend them as a fun side quest), double battles were warmly embraced by the community and have a prominent place in online play. The added difficulty and planning that comes into play while balancing a larger number of Pokémon ensures this battle style’s place in the competitive scene won’t be in any danger. And if you are looking for a great place to get your partners up to Level 100, the news crew on Route 111 has always been my go-to spot.

And one step back:

Unfortunately by scrapping day and night cycles, this third generation of games did also start the trend of developers dropping features between generations. This has continued ever since with developers abandoning, sometimes popular and beloved, features between releases. As Ruby and Sapphire were the first generational jump between platforms for the franchise, it isn’t possible to transfer any of your older Pokémon to these games. Luckily this is a problem they managed to solve for future generations and we can only hope it will stay that way with the jump to the Switch.

Although Hoenn has a clear personality and identity, the game’s story still meets the bare minimum. Ultimately, the only story that will come out of these games is the one you make for yourself. But this is okay. Not every game needs to tell a story on the level of The Last of Us or Final Fantasy. Pokémon has always prided itself on being a sandbox with just enough tools and aesthetics for you to come up with your own stories. You decide what Pokémon to add to your team and what kind of trainer you want to be. For example, it wasn’t until my second game that I decided to use my starter beyond the second gym. This is something that Ruby and Sapphire nail and it’s a game I recommend everyone to go out and play.

With this franchise Game Freak doesn’t just make games for us; they design a playground where everyone’s inner child can go on an incredible adventure. And to me, Ruby and Sapphire might just be the best playgrounds they have ever made.

Graphics: Sapphire and Ruby overhauled previous Pokemon graphics and set a new standard for the franchise.

Fun Factor: Sandbox-style gameplay gives you the freedom to go on countless adventures.

Replay Value: With the entire land of Hoenn at your disposal, discovering Pokemon across massive landscapes will never get old.

Gameplay: Sapphire and Ruby build upon the game-changing playstyle of previous generations by adding some nice features such as double battles.

Progression: Managing your Pokemon and gradually rising in strength as a trainer is a rewarding journey.

Final Rating: 9/10. The proven yet familiar Pokemon formula is surrounded by a completely new lineup and world worth exploring.

If you like taking things apart you will love this awesome simulator game! With World of Guns: Gun Disassembly, you get to disassemble and reassemble various guns piece-by-piece and view the inner workings of each weapon. All the parts are very close replicas to their real life counterparts, and the fully built models function as...