Collect the tales of the dead in a story you write yourself. 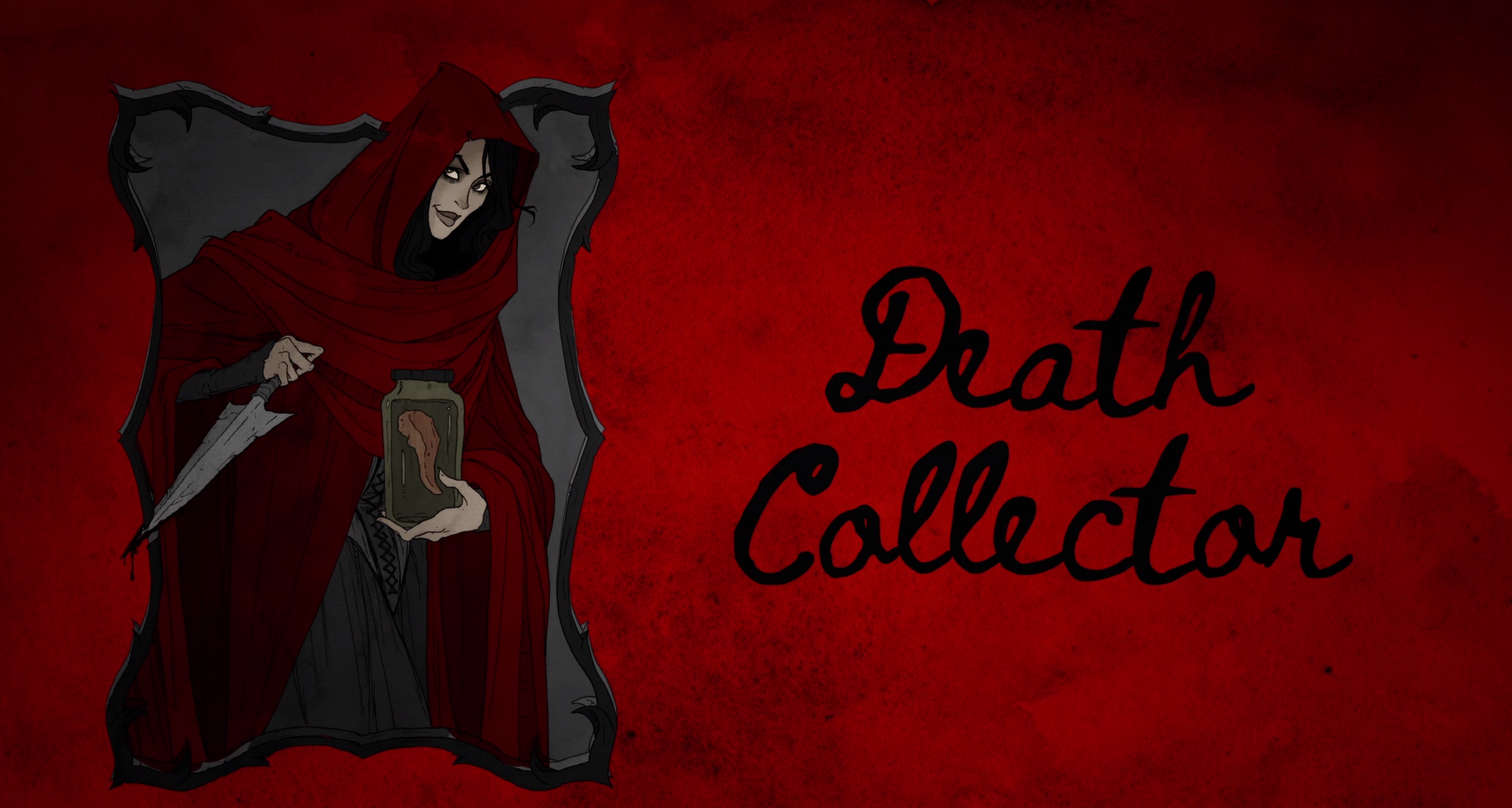 Death Collector takes place in a fantasy world where the essence of humans is a tangible thing, like our concept of souls. In this world, though, the essence of a person is their tongue, which becomes its own entity after death and carries the memories and personality of the deceased. Death collectors are people recruited by the government to seek out the dying and cut their tongues out to harvest and collect. With proper care, these tongues are able to talk, think, and retell memories as if the person was still alive. The actual harvesting of tongues is a taboo subject, though, and death collectors work in secrecy. They don invisible cloaks to hide from both the dying and living, and can never be collected themselves nor retell their stories after death. The entire game is told through second-person perspective, and you enter the story as a new death collector, fresh on the job. You can choose to use your actual name or take on a fictional one, but the second-person narrative makes it obvious: you are the main character. 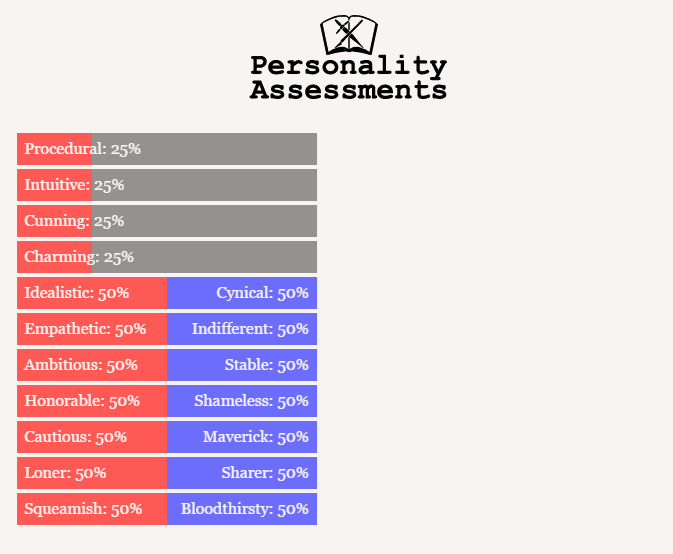 At the beginning of the story, you start with a neutral personality (shown above). Choices you make will be reflected in these gauges as the story progresses.

Death Collector places you on the “worst” team of death collectors as a newbie, and you are introduced to four teammates, your boss, and several other government officials within the Ministry. Depending on who you choose to spend time with and how you carry out your job, different events will occur, but throughout all storylines, you soon realize that the government is corrupt. How you go about that realization and what you choose to do about it varies wildly, but this discovery is the heart of your story.

As a death collector, you are given an invisible cloak for the job, and you revere and actually bond with your cloak. It’s said to be almost living and most like an ocean plant. Your cloak soaks in seawater and algae, and completely wraps and clings to objects. When not in use, it takes on a reddish sheen. You regularly drape it around your neck for comfort, and it pulsates and echoes your emotions. Because of the unnatural properties of this cloak, one of the possible ways to discover the government’s corruption is to theorize and eventually confirm that these cloaks are not plants, but actually sentient creatures related to the squid. Whether or not you discover the truth about your cloak, and whether or not you decide to act on it, invisible cloaks still remain a key attraction to the story.

You as a player may not be interested in your cloak even while you interact with it in the game. There may be another motive for you: to become one of the top death collectors and rise up in the government. Fame is garnered through publications of tongues’ stories, and if you can spin a tongue’s life story into the read of the day in the newspaper, you can begin your climb. Society here is divided into houses, and if you become prestigious enough you can be selected for the elite ultimate house, the Zythian house. Zythians have a strong grip on society and hold all important positions within the government. Would you want to become one of them? You have other opportunities to discover the government’s inner corruption through spying on higher-ups and working your way up the social ladder – but again, the choice is yours to rebel or conform. There are many different motives and outcomes you can face in your narrative, but all storylines share the basic premise of you being a brand new death collector.

An interesting, though minor, feature advertised in this game is the freedom to make your character “male, female, or nonbinary; gay, or straight.” This refers back to the second person aspect of the novel, where you get to choose your own name and gender with no bearing on possible romantic interests you can also choose to pursue. However, this doesn’t provide a major impact on the story. As an LGBT person myself, I found this representation validating, but also subtle enough to be overlooked if desired. I recognize that homophobia and transphobia are sadly still commonplace in today’s society, and Death Collector gives representation that is minor enough to be spared. The extent of its gender representation is to determine your character’s pronouns within the story, with no other discussion of gender identity. There is little to no mention of sexuality when choosing to pursue love interests, and characters will behave the same romantically whether you have stated you are male, female, or neither. Romancing other characters is not necessary for Death Collector, either, and the story can be completed without forming any relationships.

The plot of Death Collector is what draws potential readers in, as there aren’t really other noteworthy features in this game. In a media based solely on text, Death Collector relies on an interesting plot and freedom of choice. There are no “true” endings reminiscent of visual novels, and romanceable characters’ subplots don’t take front stage as in a dating sim. Actual gameplay mechanics are mediocre: there is no way to return to previous pages, and some editor’s notes and grammatical errors remain in the script. Progress within your run-through is autosaved upon exit, but there is no way to revisit your old story from beginning to end once you’ve restarted the game. There exist achievements earned through story choices and character meters that gauge your actions in the story, but these also hold little interest. The final criticism I hold rings the strongest – endings feel abrupt compared to previous plot development. There is no final sense of achievement when accomplishing your chosen goal. Some storylines come to a new development and then end prematurely, leaving you on a hopeful yet wanting cliffhanger.

Death Collector operates in a captivating and macabre universe, and its plot is left in your hands for you to make the most out of. There’s a lot of lore that can be built off existing details, and this world’s premise brings up many ethical, magical, and political issues that can be explored. However, the story does not take the step to go this far, and barely scratches the surface of a world teeming with potential. It’s a fun read that I honestly couldn’t tear my eyes away from, but it deserves more content than what it has.

Story: Death Collector takes place in a captivating universe where your imagination can run wild.

Progression: Plot development builds up a lot of anticipation and traction but drops sharply at the "conclusion".

Originality: The premise of death collectors and the various forms of magic present in the world are fantastical and intriguing.

Graphics: There are no graphics, so this game cannot be considered a visual novel.

Final Rating: 6.5/10. This isn't suited for the gamer but rather the bookworm. Its dynamic choices still make it a technical game under your control, though.

If a person's tongue can talk to others as well as retain memories after that person's death, did you really lose that person?

Riftwalker is an upcoming tower defense game that puts a slight spin on the genre by incorporating procedurally generated maps. Currently in the earliest stages of early access, it promises a deep storyline with a massive collection of lore. The game contains all your standard tower defense fare, from various tower options and upgrades to...