A certain big, bald man needs to come and whip this game into shape. 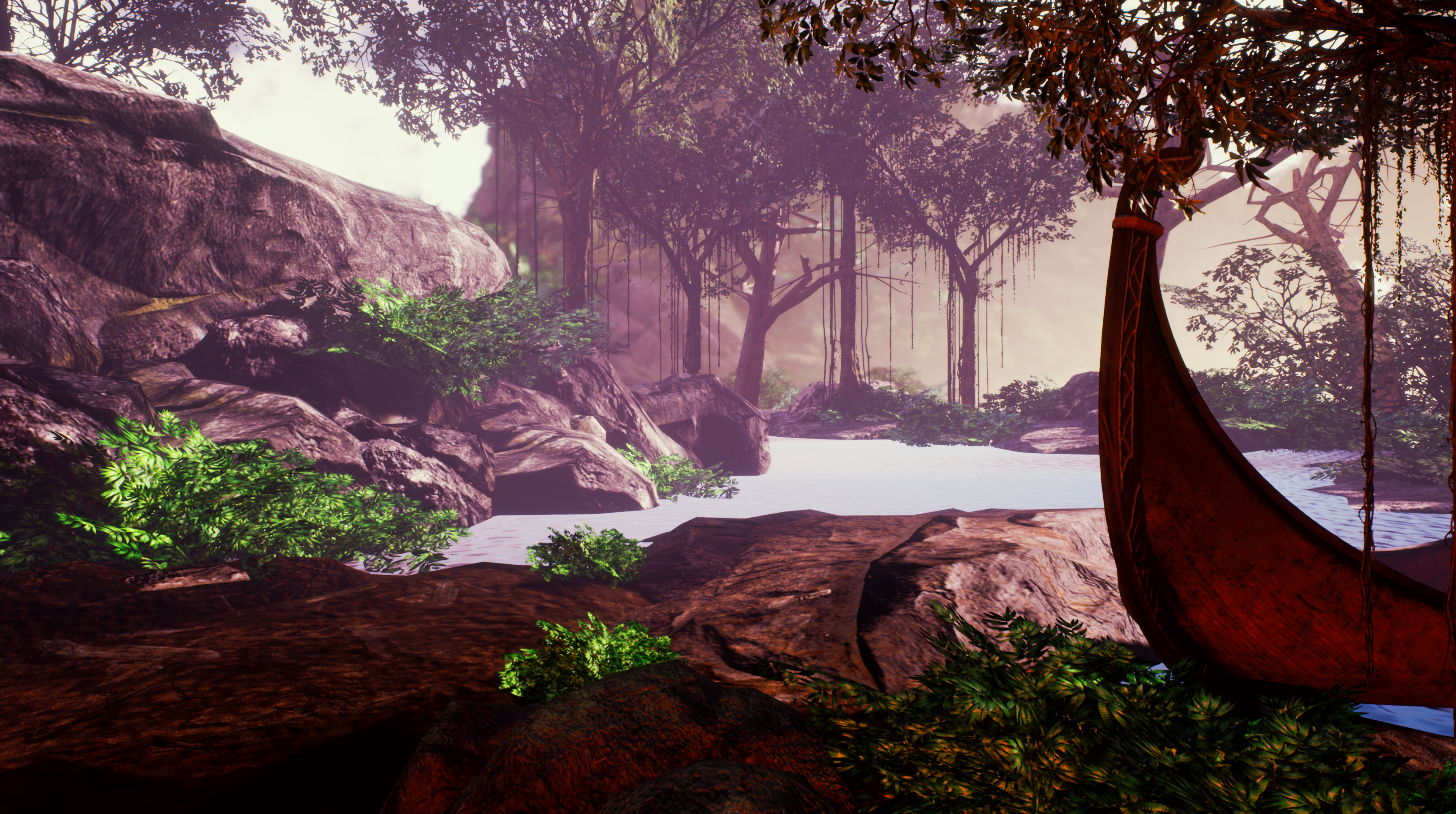 Norse Mythology is something of a road less traveled in videogames compared to its metaphorically Greek brother. However, I was keen to see as to how Eternity: The Last Unicorn, described by developer Void Studios as a “featured action RPG inspired by tales from Norse Mythology with classic game mechanics that bring a nostalgic feeling to players,” played out its spin on the bearded tales of the Nords. Sadly, whilst there was some hacking and slashing to be had, I ended up feeling more like Loki than the god of luscious hair himself.

Eternity: The Last Unicorn‘s plot focuses around Aurehun (the elf) and Bior (the Viking warrior) as they set about tackling their personal duties. For Aurehun that consists of stopping evil witch Gullveig doing her thing and killing the final unicorn that grants elves immortality. For Bior that means cracking skulls to avenge his fallen Viking brothers. Throughout the game you’ll chop and change between the two, revisiting areas with either character to achieve tasks you couldn’t with the other. On the one hand, this works well, as it felt rewarding to complete a previously unachievable goal, but then again it led to some tediously unnecessary backtracking at times. The final section of the game lets you change freely between the characters, but not at any other time (partly for bizarre narrative reasons). Videogames, I guess?

To give the game credit, you will learn a fair chunk about Norse mythology, with loading screens taking on the form of book pages that relay information; these do a great job of giving even a rookie to Norse mythology some idea of what’s going on. This same knowledge applies to your journal, which fills up throughout the game when you encounter new characters and enemies. For those looking to learn more about Norse tales, Eternity: The Last Unicorn admirably delivers. However, the game froze on me when reading through these journal entries on several occasions, not even crashing but instead just keeping my screen frozen on the current image. Let me tell you boys and girls, this was frequent, and I think by now I could recite the whole tale of Bior to you without a second thought. Still, what’s given to you is awesome when it works well, kudos to Void Studios there.

Enemies and bosses themselves are varied. There are goblins that can hurl fire at you or heal their allies,  brutish behemoths that wield giant hammers (steer clear), and overgrown scorpions with a tendency to poison you – to name but a few. Bosses also range from a giant wolf, a massive spider, and a huge tentacle monster. Basically, lots of big animals. You may think this sounds great and it is, when it works. Remember that – when it works. Combat is simple enough, but also incredibly frustrating. Simply bash away at square or triangle (on PS4), using circle to dodge and R2 and L2 to lock on and change enemies. Sounds simple enough and when you’re hacking through the masses it feels rewarding. However, this is too little too often. Hitbox areas seem completely random with a large number of your strikes missing, and yet an enemy may stand double the distance you can land a hit. Damage output also seems random, both you and the enemy will either slice through one another like swiss cheese or end up going a full twelve rounds. It’s a similar situation with bosses — some are comically easy to beat (I won’t spoil how but you’ll figure it out). whilst one frustrated me so much I had to walk away from the game for a while. Only running out of ice cream makes me that mad. You can hotkey healing items and buffs to your character that will aid in battle, but again the game tends to freeze when trying to equip these, as well as not respond to your button prompts which ends up leaving you wide open to attacks and death.

Leveling up is a simple matter of killing enemies, which in turn increases defense, attack, critical damage (which is random), attack speed (never noticed a difference), and poison resistance. It also levels up your crafting chance but gathering items from enemies is such a grind that this is menial, especially when at least half the time your crafting fails on you and doesn’t yield any results. You may think getting stronger sounds great but consider this — I leveled myself up to level 45 (the max is 50) before I felt even remotely comfortable taking on a boss you fight in the first 20% of the game! 20%! Also, when you die, the last checkpoint you are sent to can be a fair way back, so you must go through everything again (and you will because you’ll need to try and level up to progress). The systems in the game just seem broken and I felt no more powerful against enemies of the same type at the end than I did at the start. Now grinding can be good, I enjoy it in some games, but it depends on how it’s handled. If, for example, it means doing some side quests to immerse yourself further in the game before hitting up a story mission (such as other RPG games featuring assassins or men with white hair and riveting voices) then I’m all aboard. Here, however, there aren’t side quests. Subsequently, the game is three times as long because you’ll be grinding enemies for XP over and over, whilst making sure to periodically save so as not to lose it all. Eternity: The Last Unicorn also crashed on me at several points, particularly after boss fights, and to top it off, five hours progress was lost because my save corrupted.

Ultimately, this has been a bit of a jumbled mess and I’ll admit that, but then again, the game is too, and I wanted to be honest. Now did I have fun? At times. Did I nearly do the cliché thing of throwing my controller? I did. Are there upsides to the game? Yes. Are there downsides? Absolutely. If you fancy brushing up on your Norse mythology then I can recommend Eternity: The Last Unicorn for that, but all its promise has drowned in a sea of bugs that seriously hamper the game. You probably won’t be massively vexed if you buy the game and give it a shot, but at the same time you may be better off reading a book about it all instead. They don’t cause headaches. Unless you need glasses, then they do.

Story: The inclusion of Norse mythology is admirable. You'll learn a lot.

Controls: Jesus lord above, the glitching in the button prompts and systems can cause more frustration than trying to assemble the Lego Death Star without instructions.

Originality: Norse tales aren't as dominant in videogames, so I welcomed the change.

Progression: You're going to grind. A lot. Have a podcast (or five) ready.

Sound: There's a lovely soundtrack plying throughout the game, once again proving the merit of videogame music.

Final Rating: 4/10. There’s a glimmer of hope for this game in there somewhere, but then again, the rebels say that in Star Wars, so think about that.

Only not having ice cream should vex me so much.

The Call of Duty franchise is a bit like a roller coaster — it goes up and it goes down. Whilst I spend year after year blasting my way through each campaign (Black Ops 4 notwithstanding) and having a jolly time doing so, even I will admit that some of the more recent entries have...