If Groundhog Day was a game. 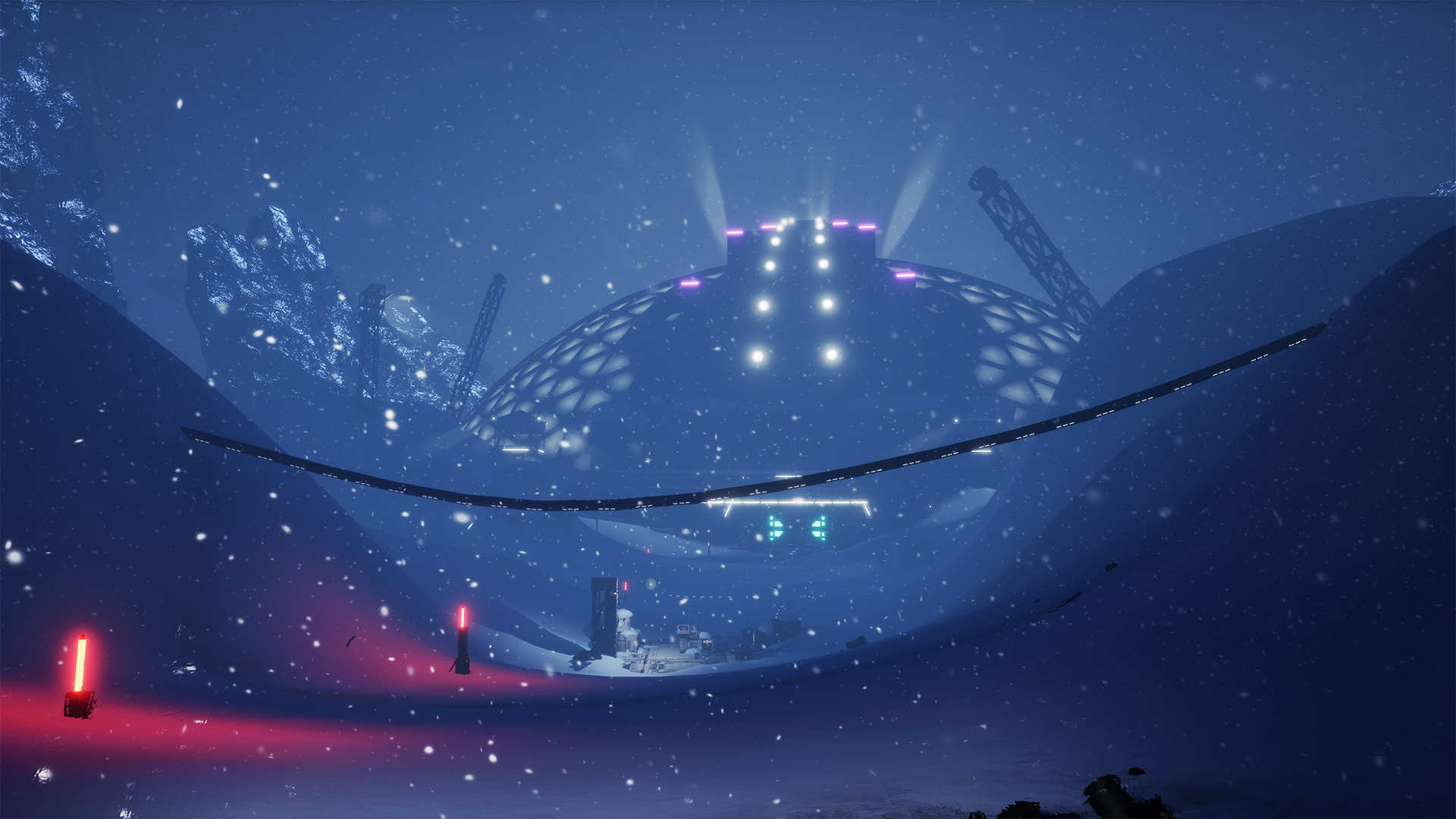 Protocol is played in the style of a walking simulator, where instead of exploring a unique environment or experimenting with your surroundings sandbox-style, you essentially play as a slave. Gameplay consists of following a literal protocol and proceeding through a dangerous sci-fi landscape as a lab rat. One wrong move to contradict your A.I. overseer’s instructions and it’s game over. Filled with tricky puzzles and comedy, Protocol fuses several genres and results in a strange experience that will intrigue anyone looking for a new type of simulation game.

Protocol is built around its VR mode, but offers an almost identical standard 2D mode. While I was unable to try VR, I could immediately tell the game is optimized for it. Many setpieces involve shifting items around and interacting with computer consoles in claustrophobic areas. Background scenery is stripped down and a lot of objects invite you to walk up to them and interact. This is typical VR game design and doesn’t necessarily hinder Protocol’s 2D experience.

You play as an average person chosen to be the test subject for a top secret government operation involving aliens, robots, and experimental drugs. In a remote laboratory, you’re tasked with adventuring through a quarantine zone overrun by extraterrestrials. The game feels heavily inspired by the storylines of Portal and Doom, due to its usage of first-person perspective through the eyes of an unnamed protagonist and futuristic government lab setting. Uncovering the malicious secrets of your captors while following their protocol is the literal name of the game.

The real highlight of Protocol is its dialogue. For a game developed overseas in Russia, the English voice acting is superb. There is plenty of well-executed dry humor that most games won’t even attempt in the first place. Subtitles don’t correctly line up with the actual spoken dialogue most of the time though, and display the broken English you would initially expect from the game. It’s as if the subtitles were copied directly from an original script that the English voice actors were told to improvise on. Fixing this inconsistency is vital, as dialogue must be listened to carefully in order to solve many of Protocol‘s puzzles. Having subtitle inconsistency is distracting in a game that requires intense concentration by the player.

Gameplay itself is challenging in an irritating way. There are plenty of fetch quests and memorization puzzles that require trial and error. This style of gameplay is intentional and supposed to be a throwback to games where you had to take handwritten notes and backtrack often. Executing this old school approach is where Protocol simply goes overboard. Non-skippable cutscenes and dialogue force you to listen to same jokes over and over until they are no longer funny, and the game mocks you for violating the “protocol” whenever you slip up. Protocol isn’t hardcore in a skill-based sense. It traps you in a cumbersome loop and screams at you to escape, just for you to walk into another loop right around the corner.

The puzzles themselves in Protocol are straightforward, yet creative. One challenge involves taking suspicious drugs, having a psychedelic experience as a result, and figuring out how to get back to normal while tripping out. Another puzzle appears deceptively innocent, but you’re asked to recall the events of how you solved the puzzle in detail much later in the game. Knowing what you need to memorize or pay attention to during your first playthrough of a given area is impossible. Plenty of distractions lead you to believe something is important, when it is, in fact, a crafty diversion.

Protocol blatantly manipulates the player from start to finish. This concept may have been more successful through a different implementation, rather than explicitly being a drawn-out game of Simon Says as it stands. I give credit to Protocol for being the first of its kind though, at least in the modern era of walking simulators. Knowing what to expect from this game is important, and you really need to be a fan of old school memorization to enjoy the experience. All the effective components of Protocol are overshadowed by its hardcore gameplay, which won’t settle well with many players.

Graphics: Protocol's VR experience is immersive, and recommended over the standard 2D mode.

Gameplay: Puzzles are creative and often tricky. They form the basis of Protocol, along with bits of exploration scattered throughout.

Story: The story is pretty solid, considering it's influenced by many successful sci-fi plots.

Replay Value: The whole game is literally a game of repetition, so you'll probably be happy when it's all over.

Originality: I've never heard of a game quite like Protocol, which makes it quite intriguing for seasoned simulation players.

Final Rating: 5.5/10. Protocol blatantly manipulates the player through a drawn-out game of Simon Says. All the effective components of Protocol are overshadowed by its hardcore gameplay, which won’t settle well with many players.

It's Groundhog Day with aliens.