We all get that itch to explore, dungeon crawl, and be the hero. 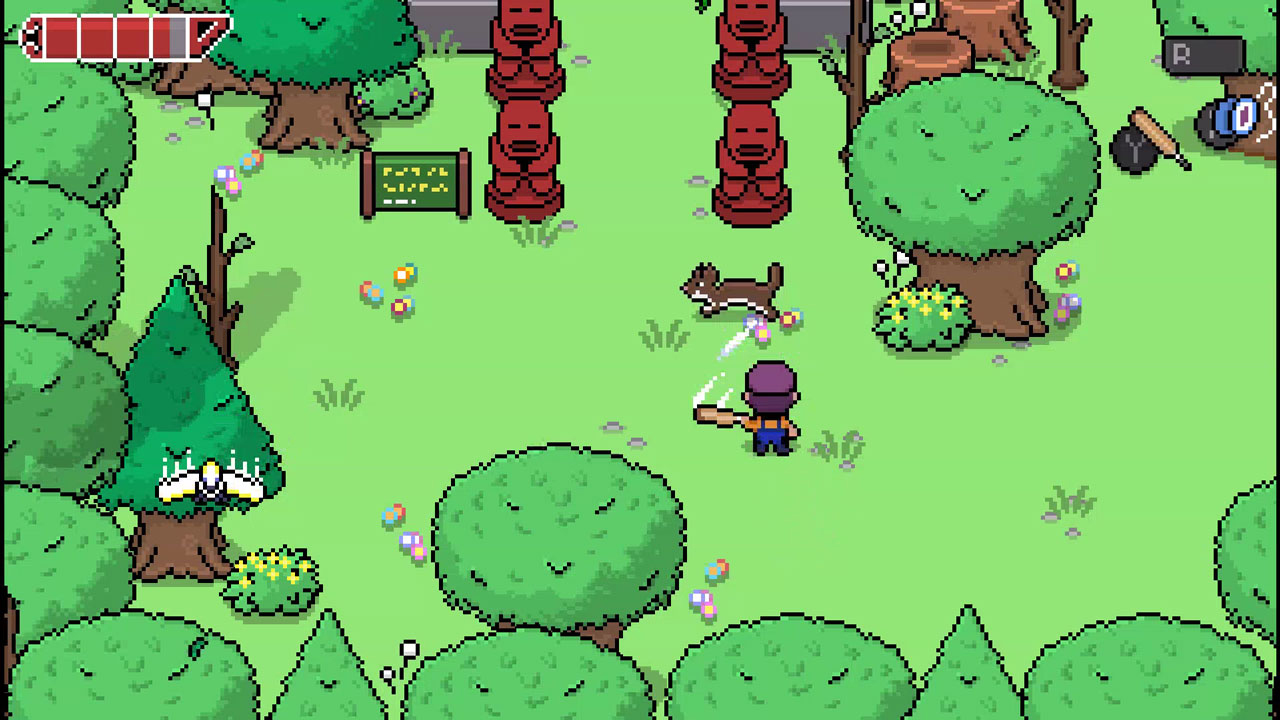 Reverie is a 2D, open-world, action-adventure game set on a fictional island off the coast of New Zealand. You play as the protagonist, Tai, trying to solve the mysteries on the island inspired by Maori legends. Reverie: Sweet As Edition is developed by a small indie team based in Auckland, New Zealand. This is the second game they have made under the studio Rainbite.

The game’s combat system is basic and easy to learn. You’re given a trusty cricket bat as your main “sword” to fight enemies. As you proceed through dungeons, you get other items to help you on your quest to put spirits to rest. The only thing letting the combat system down is a quick-select wheel. Having to press R2 and X on your Switch controller to select a secondary weapon was uncomfortable, and I found myself going into the start menu more often than I should have. The enemies never really increased in difficulty and bosses were easy enough to defeat.

The developers put a lot of work into Reverie‘s dungeons and the puzzles that come with them. The puzzles are fun and reasonably easy for the most part. Sometimes you are left scratching your head and wondering where to go or what you forgot, and with little to no explanation on what each item is used for. Whilst occasionally frustrating, puzzles are pretty straightforward most of the time, and you can get through each dungeon in 20-30 minutes. There are a total of six dungeons, each with their own little twist that requires a unique secondary item to get through to the dungeon boss. Additionally, each boss drops a health orb that levels up your health by one point. I died a handful of times not because of the difficulty of the enemies but from my own stupidity.

The 16-bit pixel art is perfect for this game and plays to its favor; each dungeon and area are well detailed and a lot of thought has gone into the level designs. Some side quests would have been a nice addition to the 6-8 hour gameplay duration as I would have liked to explore the world a little bit more. I enjoyed my time with Reverie but I don’t think I’ll be jumping back in to finish the collectibles. If you enjoy The Legend of Zelda: A Link to the Past you will definitely enjoy this indie title.

Summary:
Overall, Reverie scratches that itch for a pleasant, chill game that isn’t too long and isn’t too stressful. This is a nice 16-bit throwback to some favorite Zelda games, but the lack of side quests and end-game content make it hard to come back to. Still, it’s a must-have for anyone who needs to scratch that itch of playing an action/adventure game.

We all pine for simpler times, don’t we? Or is that just a cliché movie line that nobody uses in the real world? Either way, the imagination of a child can be magical and as we get older, sometimes we must let parts of our youth get left behind — because apparently there’s no place...