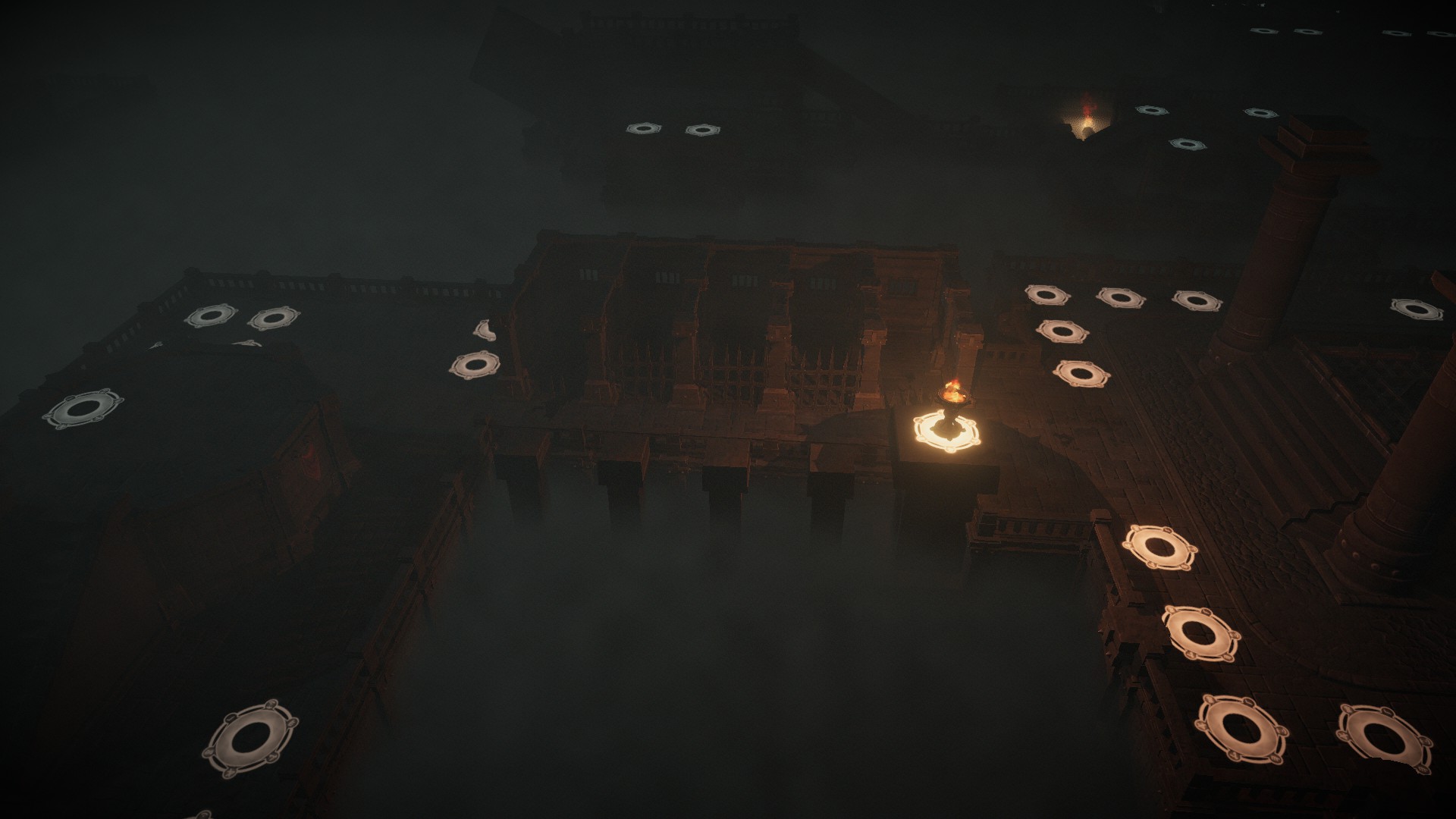 Riftwalker is an upcoming tower defense game that puts a slight spin on the genre by incorporating procedurally generated maps. Currently in the earliest stages of early access, it promises a deep storyline with a massive collection of lore. The game contains all your standard tower defense fare, from various tower options and upgrades to several enemy types. As most of Riftwalker’s upcoming features are not present in any capacity at this time, I was only able to experience the main gameplay loop and procedural level generation.

Every playthrough takes place on a unique maze-like map. The playing field is much larger than you’d find in other tower defense games, but enemies only spawn from one location. I’m assuming this will change in the future, as most of the map is never utilized at all. The only challenge is figuring out the path enemies will take — once determined, cutting them off is extremely easy. You essentially have to take a blind guess on where enemies are spawning from, as the map is covered in a fog of war unless you place light beacons. Due to limited starting funds, you can only afford a couple of beacons to reveal a small radius at the start of a new playthrough. As a result, you might as well restart if your initial guess is incorrect, as your base will surely take loads of damage from invisible enemies.

There are definitely some balancing issues that need to be fixed before releasing Riftwalker to the public, as I was able to “beat” the game every time that I correctly guessed enemy spawn points right off the bat. Simply managing your tower coverage and paying attention to your wallet ensure the utter annihilation of your opponents. When elemental damage is eventually introduced to the game, tower selection and placement will become more strategic. Until then, Riftwalker’s current state offers little more than a quick demo of its map generation.

The towers themselves aren’t anything special but get the job done. A basic machine gun serves as the most affordable tower and should be purchased in bulk during the early-game. As soon as you’re wealthy enough, buying a flamethrower effectively ends the game, as enemies can hardly get past one. Sniper towers round out your arsenal and can be placed on higher ground to knock out the rare enemy that somehow pulls through your initial setup. The real problem with the game’s lack of difficulty is the long distance enemies have to cover. By the time they reach your final line of defense, they’ve already had to trudge through countless other defensive outposts. Again, it’s a balancing dilemma that doesn’t have a straightforward fix and will only get more complicated as more features get introduced to the game.

I cannot say how much potential Riftwalker really has since most of the game doesn’t even exist at this point. Bugs weren’t so much an issue as gaping holes in gameplay. I did feel a bit on edge while playing, partly because of the game’s creepy atmosphere, but mainly because the vast map was mostly deserted and covered in dark fog. It appears the game is planning a “light vs dark” theme that will show up heavily in its storyline. If Riftwalker can deliver on promises of an engaging storyline, skill tree, and elemental combat, it will at least offer as much as most tower defense games currently out on the market.