A Beautiful Night to Remember 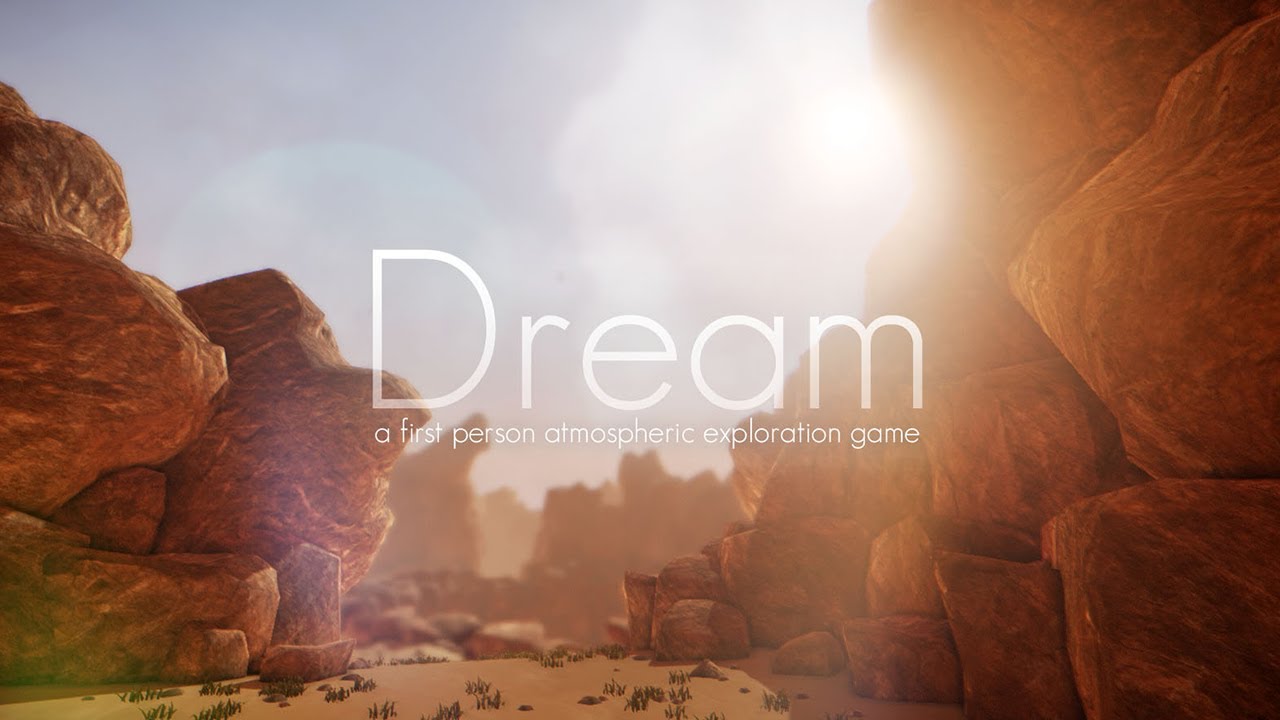 I can call Dream a puzzle game or a world unlike any here on Earth, but I think the best way to describe it is an experience. Traversing through various dreams and nightmares, Dream takes you through some jaw dropping and spine chilling sights that can only be reached by solving puzzle challenges. It isn’t the longest or most gameplay intensive title out there, but it definitely creates some wonderful memories.

Here’s a little disclaimer before I begin the review. For those who are semi-familiar with Dream, you have probably heard that it is buggy, which is why it has received a lot of low scores. I was somewhat skeptical when I first started playing, and did encounter the occasional bug. The menus in general were pretty defective, even after a long development period. Having to go into the menus to reset my mouse sensitivity after every scene change was really annoying, and being a developer myself, I know it’s not a hard fix. So yeah, the bugginess you may hear about is true, but I think some people exaggerated it. The gameplay itself isn’t really faulty. There are a few texture glitches here and there, but that’s about it. Besides the menu bugs, Dream isn’t too bad. If that was your main concern and you believe me, don’t worry about the negative reports and give the game a shot. Well, maybe you should read the rest of the review first.

The best and arguably the most well-designed aspect of Dream is its art. From the environments to the models, everything comes together perfectly. When you first start the game, it may not appear impressive, but once you enter the first dream, the beauty is quite apparent. A fair amount of the art in Dream is minimalistic, similar to the likes of Mirror’s Edge. Each world is always blooming with colors, and has simple but pleasing environmental designs. Even without the sound, you can identify whether a certain scene is a dream or a nightmare, based on either bright whites and yellows or dark blacks and purples. All the while, each environment brings a unique characteristic along with it, like scattered pipes or foliage. Dream is such a beautiful game, even if it isn’t by traditional beauty.

Like its art, Dream’s sound design is solid. I’d describe it as crisp and effective, flawlessly connecting each piece of the game together. There is an assortment of background music, all of which never feels repetitive or annoying. The soundtrack is unique and helps set the mood of each scene, whether it be a pleasant dream or a frightening nightmare. From chippy tunes to deep beats, the music can fill you up. During the nightmare sequences I often got goosebumps, even though I never encountered any jump scares. It felt like I was really having a bad dream, even though it’s all just a game. The sound effects are also well done. What I look for in a game is a rewarding and responsive experience. Dream fit this vision with its sound effects for simply opening a door to discovering a collectible. I especially liked the effects for completing puzzles. For example, one quest has you figure out which taps were up and which were down. There is no interface to tell you whether or not you are right, but instead a simple sound queue would play to notify you of your success. This little cue didn’t break my immersion like in other games, and was an easy transition into new puzzles. Sound is sometimes taken for granted in games, but I appreciated it in Dream very much.

The core gameplay element in Dream is solving many creative and challenging puzzles. The puzzles also happen to be the only gameplay element, save for a few item interactions. Puzzle-solving needs to be very great in order not to end up being a boring walking simulator, and I’m happy that it is executed almost perfectly. Every puzzle felt unique and brought a whole new challenge to the table. Some puzzles are easier than others, but since they are all different, they still feel enjoyable. The only aspect I felt could be improved would be the layouts of some of the puzzles. Especially on the third act, I spent a good portion of time not actually solving the puzzles, but running around trying to find the next hint. I understand the challenge of remembering numbers or patterns while traveling to the next point, but I don’t think it was often worth it. Despite that, I found much enjoyment in the puzzles alone, and think they were brilliantly designed.

Dream tells an interesting but somewhat confusing story. You play as a man named Howard, who has had a troubled but unknown past to the player. Throughout the game, you uncover bits and pieces of the story in Howard’s many dreams and nightmares, and they eventually conclude into one of three different endings. There are many little pieces of extra information and some easter eggs scattered throughout the worlds too. Some are completely random and others relate to Howard’s story. The fact that you can essentially pick and choose which dream or nightmare you enter means the story is non-linear, which is what Dream‘s developers were aiming for. Yet, because it is non-linear, Dream was hard to follow at times. By the end of the game, the only real gain I got out of the plot was that I felt sorry for Howard, and who knows if I was suppose to be. I would have preferred a more guided story, or no story at all. It’s cool that a story was present, but I don’t think it was executed very well.

I would consider Dream severely underrated. It has received a bad rap for being buggy, but looking past the bugs, it is one of the most beautiful games out there. With its stunning sights and entertaining puzzles, it’s an adventure I enjoyed exploring. Though I got lost in the story, Dream gave me a good vibe, and some scary moments during the nightmares too. That being said, it’s hard to recommend Dream for everyone. It’s a very unique experience, very unique. If you like intense, jam packed games, then it’s hard to recommend to you. In order to enjoy this game, you need to take your time, as the puzzles sometimes involve a lot of thinking. Still, if you have a slight interest in the Dream then I think it’s worth picking up. It has a range of content from 5-15 hours, depending on if you complete all the side stages. Dream doesn’t have too much replay value, but it’s a perfect rainy day game.

Graphics: Absolutely beautiful! Without a doubt the best feature of Dream. Though a minimalistic style, the different colors, shapes, and textures combine to form interesting worlds.

Sound: The music of Dream was powerful, no matter which world I was in. It never felt repetitive or sloppy, and immersed me into the game. The sound effects also felt good, being very simple but well-utilized.

Gameplay: Though the main and pretty much only mechanic, the puzzles were all very unique and challenging. It was very rewarding to complete difficult puzzles, especially after many trials. There were also a few cool collectibles, but I didn't find much use of them. It sometimes got close, but Dream never felt like a boring walking simulator.

Story: The non-linear story didn't cut it for me. I never really got into it as I became confused while traveling from dream to dream. By the conclusion, I didn't really understand what was going on in the plot. I would have liked to see something a little more structured.

Replay Value: There is little to no replay value of Dream. If you go through all the side dreams and nightmares on your first playthrough, then the only thing left to see would be the two other endings. With the story being lackluster in my opinion, I think this is more of a one and done type of game to sit through and enjoy on a lazy afternoon.

Final Rating: 7/10. Dream lacks a well-formatted story, but makes up for it in its great art, sound, and puzzle design. The exploration and puzzles felt very rewarding, and it was fun uncovering secrets. With a bit more polish, Dream could have been even bigger.

I would consider Dream severely underrated.

If you like taking things apart you will love this awesome simulator game! With World of Guns: Gun Disassembly, you get to disassemble and reassemble various guns piece-by-piece and view the inner workings of each weapon. All the parts are very close replicas to their real life counterparts, and the fully built models function as...