War Has Never Been So.....Management Intensive! 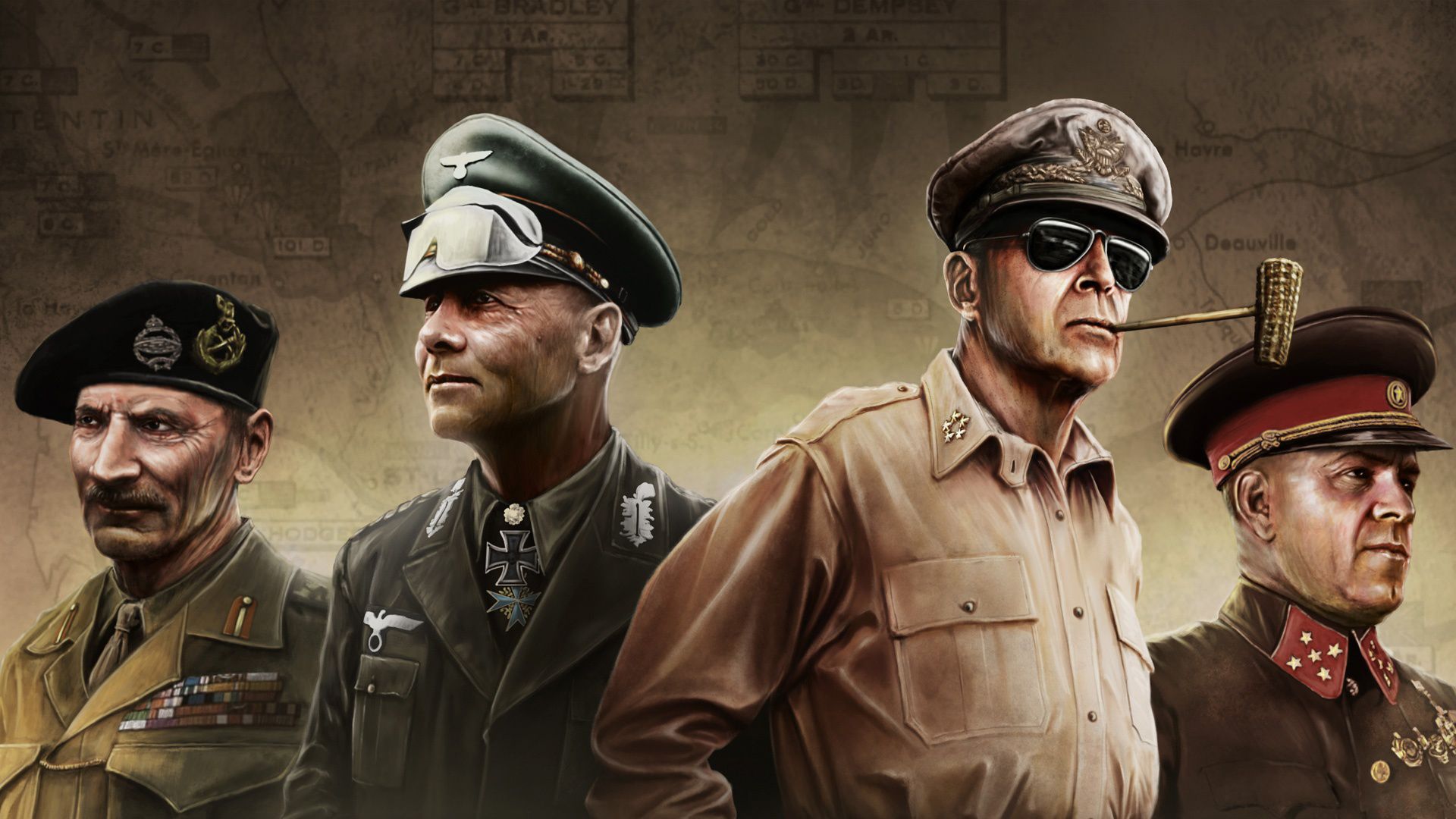 The Second World War has always been a popular topic for video games. I would be willing to bet that most gamers, at some point, have played a WWII inspired game. For most people, that probably involved running around in the first person, shooting enemy soldiers with an M1 Garand. I am no exception, but for a change of pace I was recently introduced to Hearts of Iron 4.

Hearts of Iron 4 is the fourth and latest installment of the Paradox Development Studio franchise. While I am no stranger to the complexities of a Paradox Grand Strategy game, this was my first delve down the rabbit hole that is the Hearts of Iron series of WWII games.

This is a game about management. Yes, war does feature in there somewhere. This is the interesting thing though; war is about management. To successfully win a war you have to manage so many things. You have to manage your manpower, your industry, your resources and your political influence. Certainly, some of these are more important than others, but they all play a part in the grand scheme of warfare.

As the player, you can select which country you’ll lead to glorious victory. You can select from one of seven “major powers” — USA, UK, German Reich, Japan, France, Italy and the Soviet Union. All of these nations have their own specific events within the game. They also have unit names and models for infantry, armour, planes, and ships that are historically accurate for their nation.

The major powers also have unique and extensive “national focus” trees. These allow the spending of political power to perform such actions as boosting your government. You can also improve your industry, granting bonuses to research. Not to mention taking political actions, both friendly and hostile, against other nations. If you prefer more of a challenge you can select one of the minor nations, of which there are close to fifty to choose from. Playing as the minor nations does allow for some interesting spins on history, but they all use generic events, units, and national focus trees.

You can either start Hearts of Iron 4 in January of 1936, or August of 1939. The year you choose is going to determine the type of game you play. The early start will give you time to form alliances, research your own technology, and prepare your industry. You may even wage a few wars of your own in those early years. If you’re the sort of person who prefers to get right into the action, then the 1939 start will have most of the historical alliances already in place, with the world on the cusp of war.

As with all Paradox games, I looked at the UI, and I thought to myself, “this is going to be a lot to learn”. If you’ve ever played a Paradox Grand Strategy before, such as Crusader Kings 2 or Europa Universalis 4, you should instantly find some aspects of the UI and its layout familiar. The digital quick start guide provided to me was basic to say the least, missing as many important mechanics as it covered. The manual for the game is nothing more than a series of Wikipedia pages, accessed from an in-game browser.

The tutorial is seriously lacking. I played through the tutorial twice to get a feel for the game. It holds your hand through some basic objectives, telling you step by step which buttons to click on. I find tutorials like this to be very ineffective. Once the tutorial cuts your safety rope and allows you to plummet into the pit of menus and popup windows you’ve never seen before, you realize the tutorial hasn’t actually taught you anything.

My first play through of Hearts of Iron 4 was a complete disaster. Nothing had prepared me for the pace at which things would happen. I was also shocked at the ineffectiveness of the AI, particularly on the side of my allies. Allies seemed to do very little to prevent themselves from getting annihilated. I took what little I learned from the tutorial, and tried to apply it to the game. There was just so much missing. Very important things such as how the composition of army divisions worked, the importance of updating production lines, and my personal favorite, not telling you how to increase your available manpower. That last one was the mistake that cost me my first campaign. Off to Wikipedia to read up, and a few YouTube videos later I had more of an idea of what I was doing.

As I said at the beginning, Hearts of Iron 4 is a game about management. You have a limited number of civilian factories which you rely on to build everything. From other factories, air-bases, and naval dock yards to anti-aircraft guns, forts, and infrastructure, all allow you to get supplies to your troops more efficiently. More important are your military factories. These are responsible for producing all of the equipment your war effort needs.

You must produce guns and support equipment for your infantry, through to tanks, planes, and ships. There is always something you need to produce, but factories are limited and you have to prioritize. You can assign more factories to a production line to speed up the process, and you can change a line to produce something else. The problem is, any change you make to one of these lines gives you a penalty to production in the form of an efficiency drop, which gradually improves over time as the factories get to grips with their new task.

Throughout the Hearts of Iron 4 campaign you will be researching technology from an extensive list across a number of categories, providing you with new troop types, better infantry equipment, and a selection of new tanks, planes, and ships to play with. All of these will be based on the nation you are playing as, and the current in-game year. Of course, once you have researched a shiny new toy, you have to remember to tell your factories that you want to produce the new version. If you don’t, they will happily continue to mass-manufacture your obsolete equipment.

The combat itself is fairly simple, if not well-explained. For the most part, just having more divisions than the enemy you’re attacking is enough. You can tweak the composition of your armies and divisions with the Division Editor. This is something I found to be very clunky, and not very well-explained. The tutorial didn’t cover it at all. One nice feature about the combat is instead of having to micro-manage each individual battle (which in my opinion is still the optimal way to fight), you can assign orders to an army. Give them a front line on the enemy’s border, then give them an objective or two within the enemy territory, wait for your men to get into position, and then tell them to push. While this does remove some of the micro, the fairly poor AI often requires baby-sitting.

One thing I must give Hearts of Iron 4 credit for is its soundtrack. Andreas Waldetoft, Paradox’s in-house composer has done another fantastic job, with melodies which remind me of the HBO TV mini-series, Band of Brothers. Swelling brass fanfares and chromatic percussive marches add a touch of tension to the situation and really set the atmosphere.

All in all, I think Hearts of Iron 4 is a fantastic Grand Strategy game, and should be a part of anyone’s collection, especially if the WWII era interests you. Sure, it’s a little rough around the edges, but Paradox is always adding to and refining the recipe to make the game better. The game even offers both competitive and cooperative multiplayer, supporting up to 32 players. There is also full Steam Workshop modding support.

My only words of caution are for the impatient amongst you. This is a game that will take time to learn, and even longer to master. Players may be disappointed if they’re expecting instant gratification.  Like most strategy games, you get out what you’re willing to put in. Once you have a grasp on the game, the game will have a grasp on you. Before you know it, you’ll be trying to take over the world as Communist Luxembourg.

Graphics: While it's difficult to make a map look interesting, seasons, weather effects, and a day & night cycle really bring it to life. The unit animations, however, feel disjointed from time to time.

Sound: The sounds of war are all accounted for here. Meaty gunshots and explosions. Planes screaming towards the ground. And excellent soundtrack really sets the atmosphere of the game and adds tension.

Gameplay: For a strategy gamer it's a fun and addictive title. There are lots of things to learn and keep you busy. For those not familiar with Paradox grand strategy games however, it might be a little overwhelming.

Replay Value: With over 50 nations to choose from, multiple technologies to research, and the ability to disable the historical focus of the AI, there's a lot of variety to keep you coming back to try new things. Sadly, only seven of the nations are unique, leaving the rest feeling generic and bland.

Customization: Hearts of Iron 4 has full Steam Workshop modding support. Along with regular updates, expansions, and DLC from the developer, there is already a huge amount of user created content to download. From game changing mechanics, to quality of life enhancements.

Final Rating: 8.5/10. Hearts of Iron 4 is a fine example of a grand strategy game. It's in-depth, involving, and addictive. There's plenty to see and do which will keep you coming back for more. The game looks good, for what is essentially a world map, and sounds fantastic. However, some fairly weak AI, a steep learning curve, and some game lag during large scale wars might be enough to put some people off until the issues are ironed out.

This is a game about management. Yes, war does feature in there somewhere.

I've been playing games on various hardware since the days of the Commodore 64. I'm a huge fan of strategy and RPG games, but I'll happily play most genres. I've been running my own gaming YouTube channel for the last four years.

Many of us gamers have a preference on how we play. Some of us like to take the quiet approach, being a ghost that the enemy never knows is there. Then some of us love to be loud and proud and want to have the biggest presence in the area. Combing both approaches into a...