Not Safe for Children 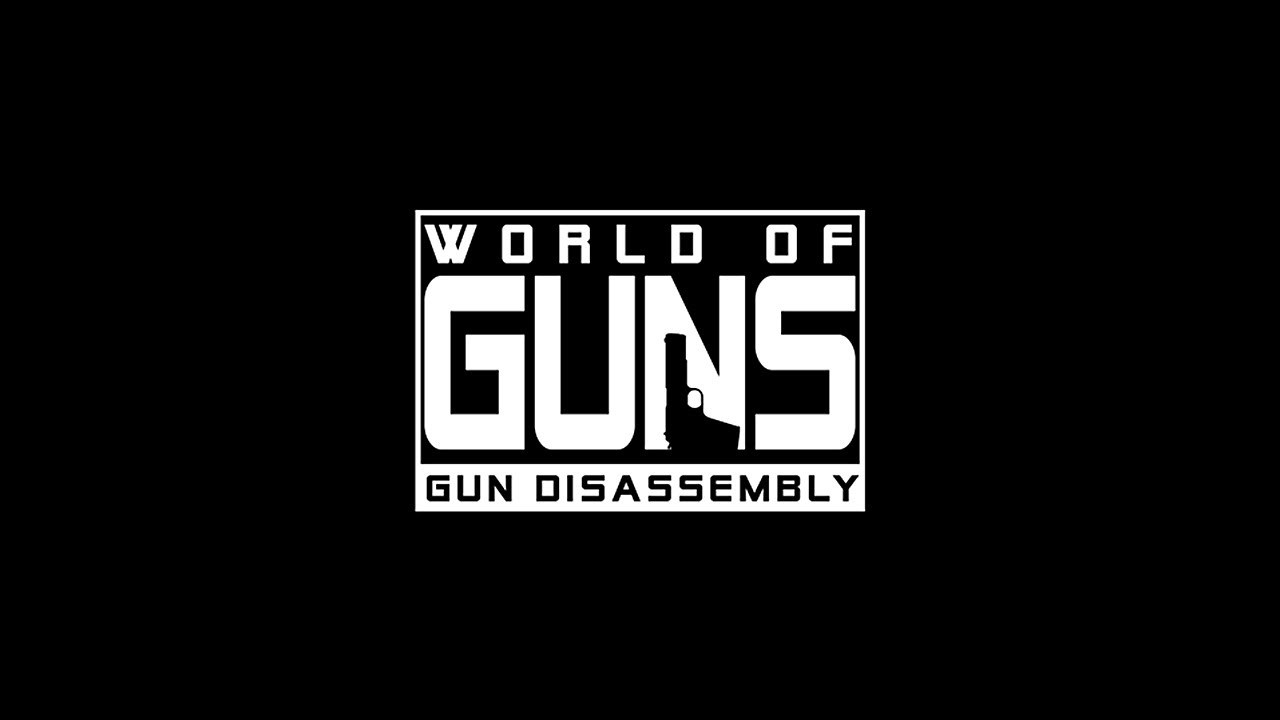 If you like taking things apart you will love this awesome simulator game! With World of Guns: Gun Disassembly, you get to disassemble and reassemble various guns piece-by-piece and view the inner workings of each weapon. All the parts are very close replicas to their real life counterparts, and the fully built models function as they would if you were actually firing at something. World of Guns is a free-to-play game available on Steam with a plethora of paid DLC content. The realistic nature of World of Guns makes it a must-have for gun enthusiasts. It’s more of a hyper-realistic simulator than a video game, but will still entertain most audiences with ease. 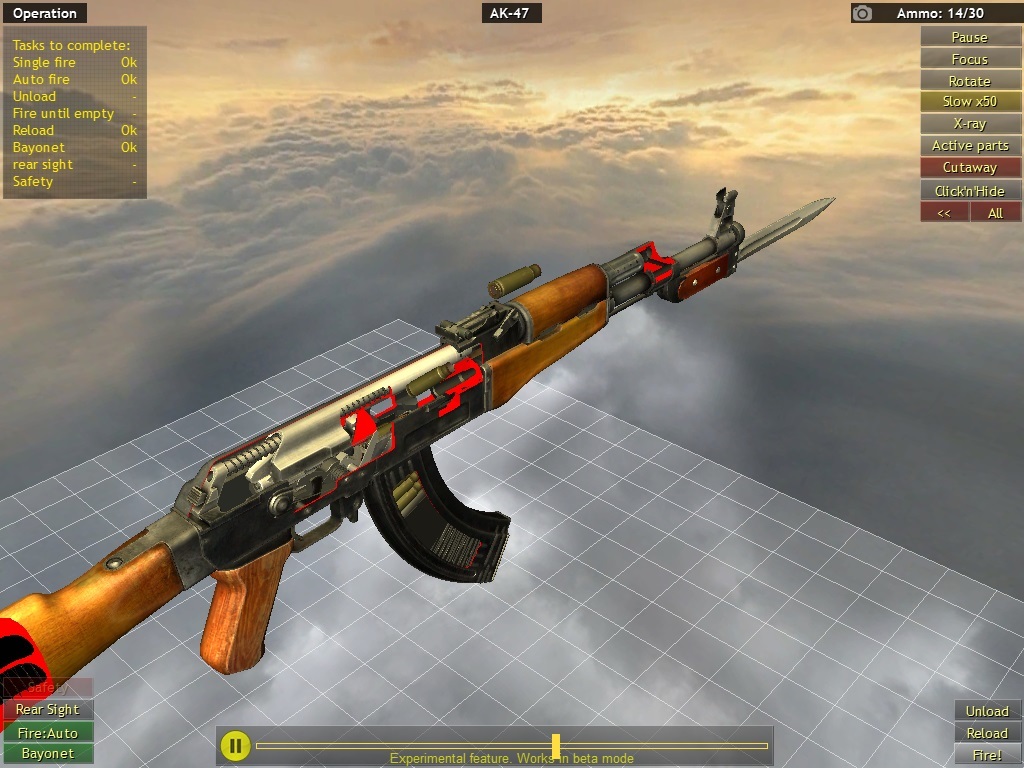 I present to you, the classic AK-47. (World of Guns: Gun Disassembly, Noble Empire Corp)

When you first jump into the game, it starts you off on an AK-47 rifle. I never knew what an AK-47 looked like inside, and after taking it apart I enjoyed fitting each individual piece back together like a puzzle. Also, I really liked the special levels where you can work on dinosaur skeletons, vehicles, and motorcycles. These “bonus” levels provide a new and different type of play, which is quite welcome after the guns become repetitive later on. In addition to the standard game mode, there’s a shooting range where you can test out some of the guns you’ve already worked with. Although this game mode appears fun after unlocking it, I found it to be too difficult. The shooting is over-realistic, and the guns aren’t very steady. It’s practically impossible to hit targets, and the feature feels more like a small sound-effect booth than a mini-game. If you meet certain achievements in this mode you can earn credits, but I gave up on them pretty quickly.

The gameplay itself is a simple routine of taking apart a gun and putting it back together. The work is done in a blueprint-like setting with plenty of space. I can easily envision World of Guns being used to teach gun safety and mechanics. At first, some experimenting is required in order to figure out the right order of steps for disassembly, so it’s easiest to click around and see which parts will come loose first. Putting everything back together is the real challenge. Remembering the order in which you took everything apart helps out when reconstructing. After a few attempts, I had memorized exactly how complete both processes. Now, it was time to increase my speed. Gradually, I became faster but could never quite meet any milestones. Eventually, the gun you are working on becomes exhausted in terms of enjoyment and it’s time to move on to another. 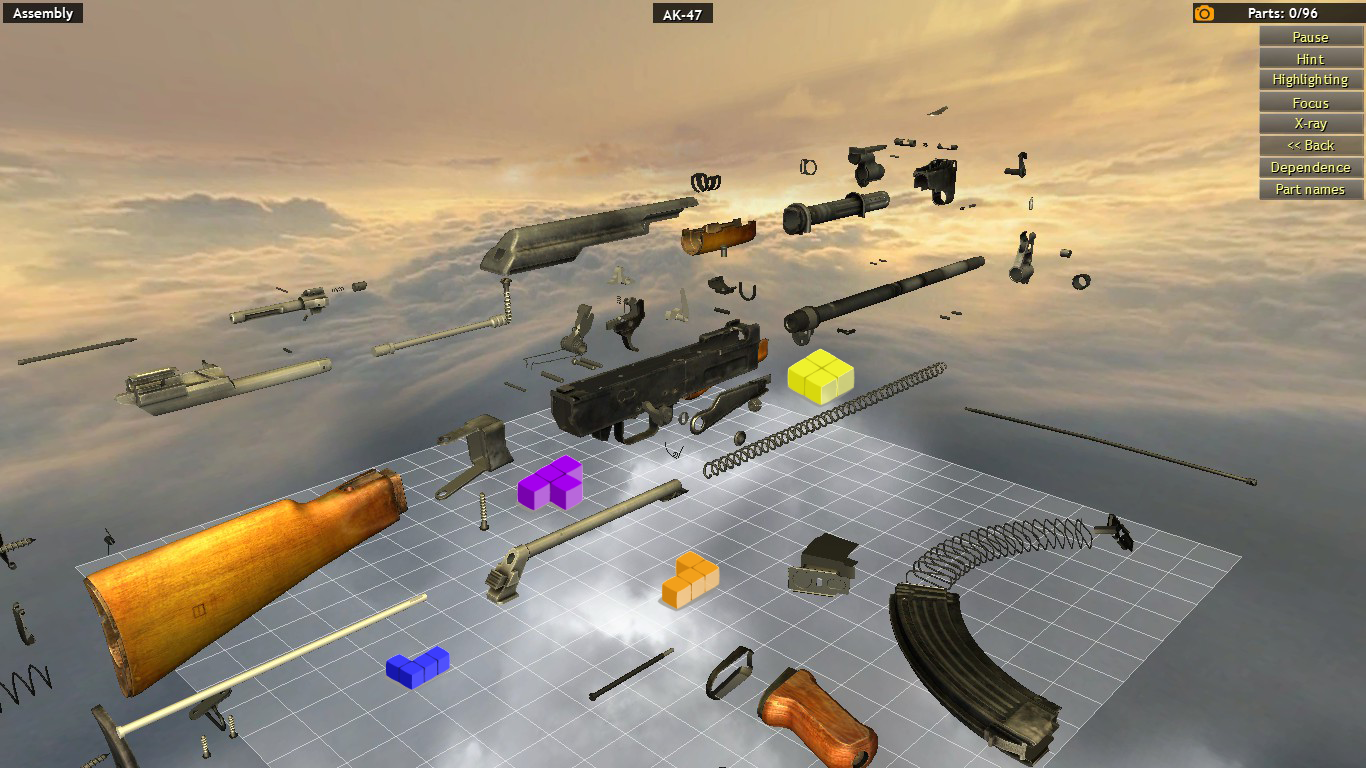 The main issue everyone appears to have with World of Guns is that it’s completely pay to win. Unless you actually know how to take apart a gun in real life, you pretty much have to wait a full 24-hours to unlock a new one. This occurs because guns are bought with credits, and you hardly receive any credits for successfully completing levels. If you are able to beat global high scores, however, the game awards you with some extra credits, but beating real-life gun experts is next to impossible. The only way you can build enough points is to wait for the daily bonus credits that usually give you enough to immediately purchase a new gun. For example, a new gun might cost 5000 credits, but you only receive 2000 credits for beating a level for the first time, so you’ll have to wait for the 3000 credit daily login bonus. Alternatively, you could replay the same stage OVER AND OVER for about 400 credits per replay. Sadly, it seems like guns cost more as you progress through the game, so eventually you’ll have to wait for two daily bonuses to fulfill your gun purchasing needs. 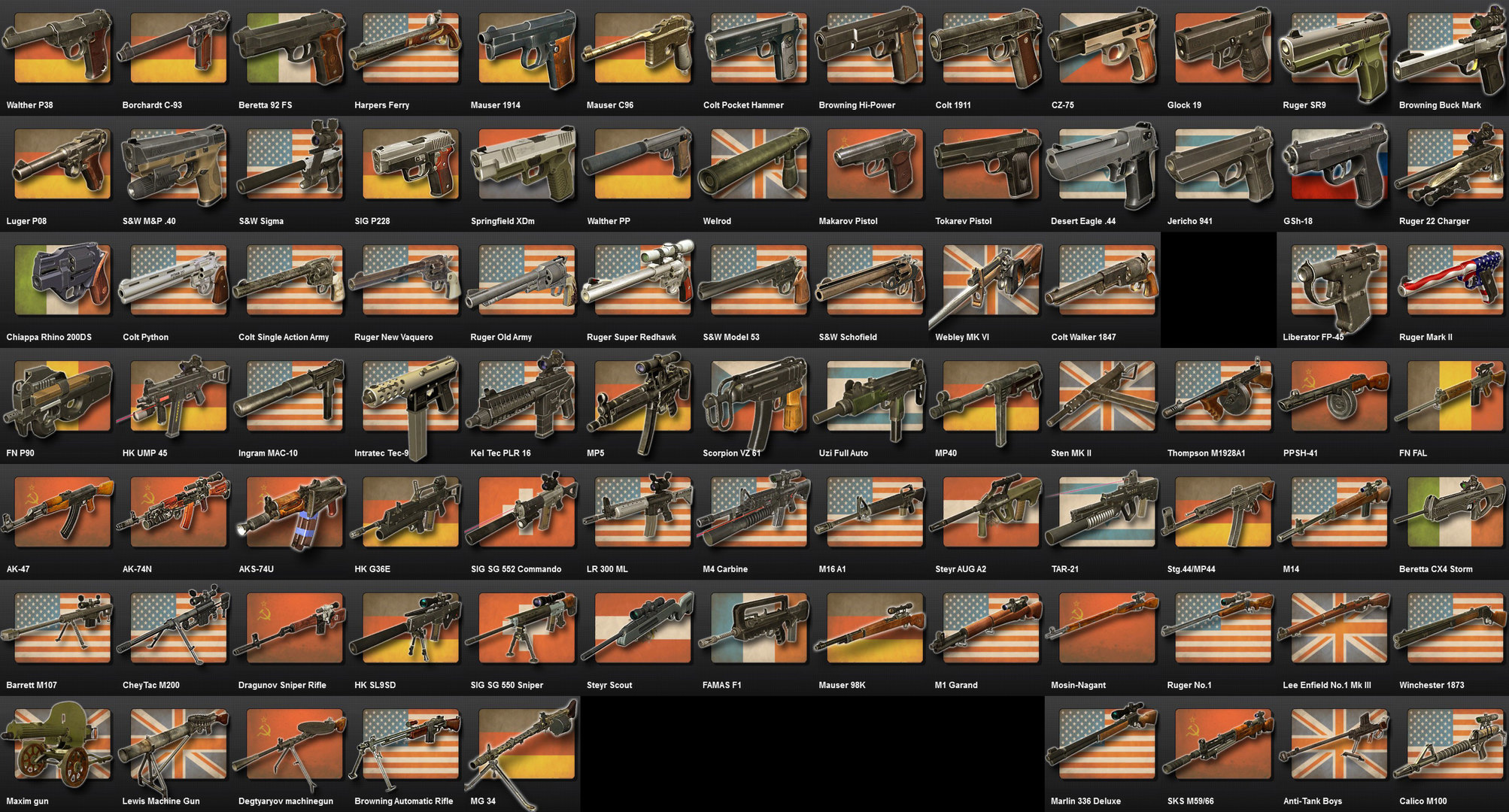 If you dish out some money, you could own all this. (World of Guns: Gun Disassembly, Noble Empire Corp)

The puzzle-simulator genre of gameplay proves to be entertaining with World of Guns even though its pay-to-win concept can sometimes ruin the fun. I hope more similar games are released in the future where you can take apart other items, maybe electronics. Ultimately, World of Guns is a great simulator that has too much potential being locked behind the bars of microtransactions. It punishes you for being too casual, and only wants to appeal to hardcore fans. Everyone likes guns and puzzles though, so World of Guns needs to adjust its structure to fit its real audience.

Gameplay: Gun mechanics are smooth and responsive consistently across the board. However, the shooting range feature is completely broken and an impossible task.

Replay Value: Even with several game mode tweaks to add replayability, the game’s concept can only be entertaining for so long. I’d estimate a level permanently loses all value after an hour of playing it. Forcing players to use the same five or six guns for long periods doesn’t help the situation.

Fun Factor: Surprisingly, gun disassembly is more fun than you might imagine. There is something rewarding about solving a realistic puzzle that can only be found in simulator games.

Progression: You’re forced to progress through a concrete wall of paywalls. They are the absolute bane of World of Guns and serve as a thick sludge blocking your path for miles.

Customization: If you ignore that 95% of the guns are practically unobtainable, there is a ton of opportunity to customize your weapon loadout. Like I've said many times, there’s one easy fix for World of Guns — scrap the unfair format. There's plenty of DLC available to profit from as it is.

Final Rating: 6.5/10. A great simulator brought down by a strict pay-to-win structure.

This game’s concept can only be entertaining for so long.