Does it rope you in? 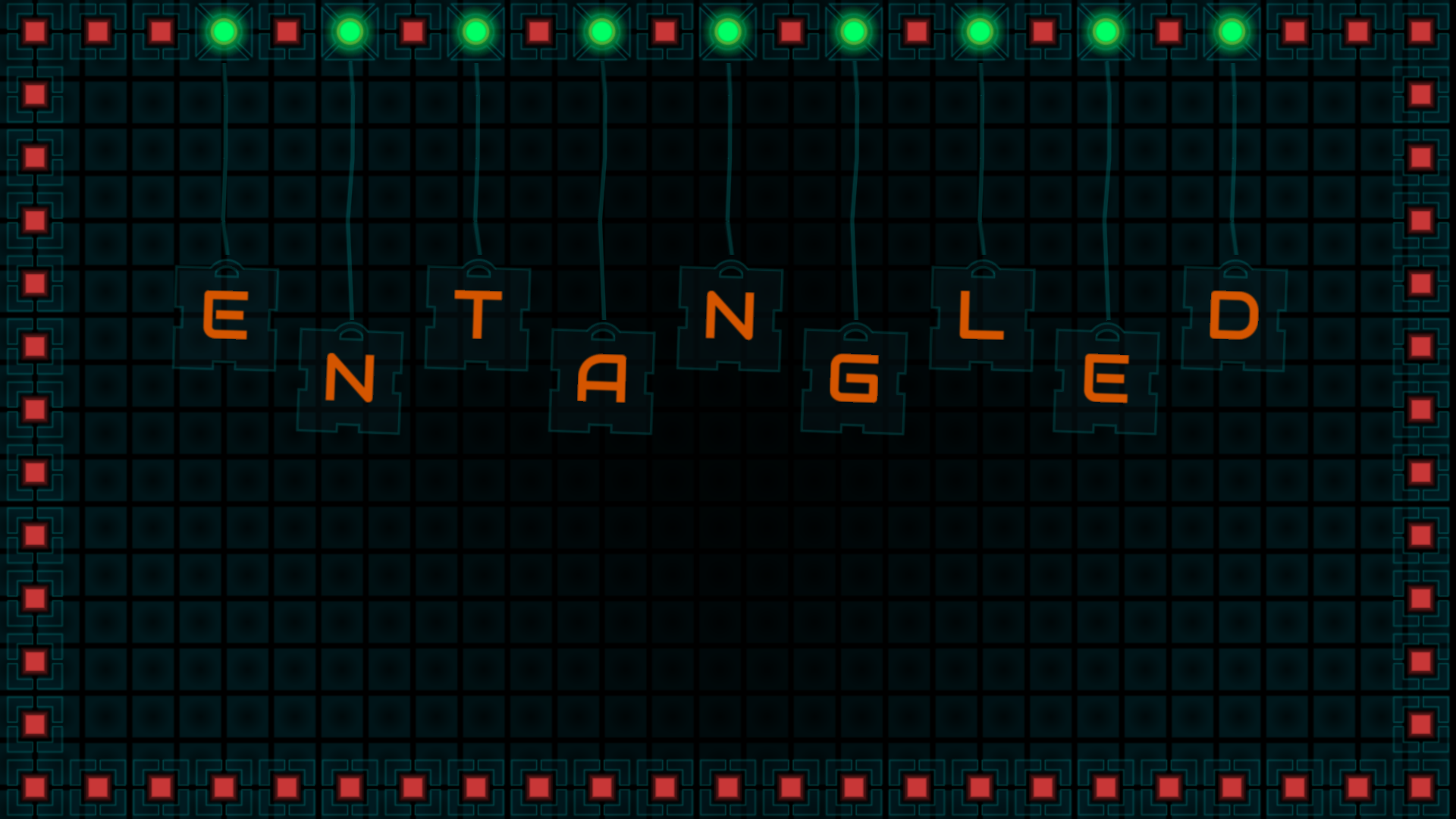 Entangled by MentaLoop Games is a 2D physics puzzler. You play as an experiment held in a testing facility and your goal is to make your way through the trials of an A.I. entity who watches your progress. Before you start thinking of a game that sounds just like this, you don’t play as a human here but as a robotic ball. This difference proved essential for how Entangled ultimately turned out.

What am I talking about exactly? Well, in this game you play as a robotic ball and the control scheme won’t let you forget it. You have three basic movement options: moving sideways, jumping, and using your grappling hook, with the last-mentioned being your main way of getting around and completing puzzles. From scaling walls and pulling levers to carrying boxes and slingshotting yourself through the air, your grappling tool is the heart and soul of gameplay. It’s responsive, easy to use, and the UI clearly shows you when you can and cannot use it. This makes it a great tool to use during your puzzle solving. The puzzles themselves are spiced up with growth/shrinking capsules, boxes to move, and fences to deactivate. These features result in a variety of puzzles that never start to feel truly repetitive.

Unfortunately the other big component of gameplay, your character’s body, isn’t as polished. As a metallic ball, you are very limited in your movements and sometimes it feels like you are just too limited. Obstacles and jumps that look easy to traverse become a tiny bit more difficult than they truly need to be. Another area that can lead to some frustration lies in the physics engine. The physics of the game feel somewhat inconsistent and the AI even comments about the fact that he has the power to control them, indicating that changes are most likely done on purpose. This does add an element of surprise and keeps you on your toes as small changes can happen between levels. However, it sometimes leads to a feeling of unfairness about the game.

The ambiance of Entangled is a clean and minimalist approach to sci-fi and neon art styles. Making heavy use of deep blacks and bright contrasting colors, this art style results in a clean look that makes it easy to see where to go. There are some moments, however, where the lights fade out a bit, making edges a little difficult to see. Accompanying the art style is a simple and calming sci-fi soundtrack. It isn’t one to remember for too long after putting the game down but its calming presence pairs nicely with the rest of the game. By far, the best part of Entangled‘s ambiance is the main A.I. that is putting you through various tests. Its dialogue is wonderfully goofy as it desperately tries to sound as human as possible. Reading his lines of dialogue is enjoyable and definitely will get some chuckles out of you.

Of course you cannot play this game without thinking of Portal. From gameplay to setting, its influence is constantly felt throughout. However, by adopting a 2D playing field and several other unique choices, Entangled ensures it has its own identity and cannot simply be regarded as a Portal clone.

End of the line.

In the end, Entangled is an enjoyable if not flawed game. The puzzles are just difficult enough where you can progress at a steady pace without it being too easy. The somewhat clunky and rough controls, however, keep the game from being a rewarding time. The sci-fi scene conjured up is nice and simple, but it is not enough to make up for the game’s control frustrations. So while I recommend Entangled, it is only really a recommendation for fans of the puzzle genre.

Fun Factor: The large variety of puzzle elements make sure you do not get bored.

Sound: Music accompanies ambiance and gameplay nicely but doesn't leave much of a lasting impression.

Gameplay: Some puzzles take longer to complete than to figure out due to less than perfect controls.

Final Rating: 6/10. Entangled has something exciting to offer if you are looking for a fun puzzle game, but only if you love the genre it plays in.

Entangled ensures it has its own identity and cannot simply be regarded as a Portal clone.

Project Warlock opens to an image of the protagonist fighting off a horde of monsters while upbeat metal plays. The tone is perfectly conveyed through this scene and it only compounds when you click “New Game” and are immediately dropped into a room with a weapon and a spider biting your heels. Project Warlock is...

Wargroove is a medieval fantasy, turn-based tactical RPG. The most direct comparison would be to Nintendo’s Advance Wars series, though inspiration is also drawn from Fire Emblem. Players can adventure through the story-driven campaign mode, online and local multiplayer matches, or utterly expansive user-created content. There are a variety of units, factions, and game modes...