A game for after a busy day. 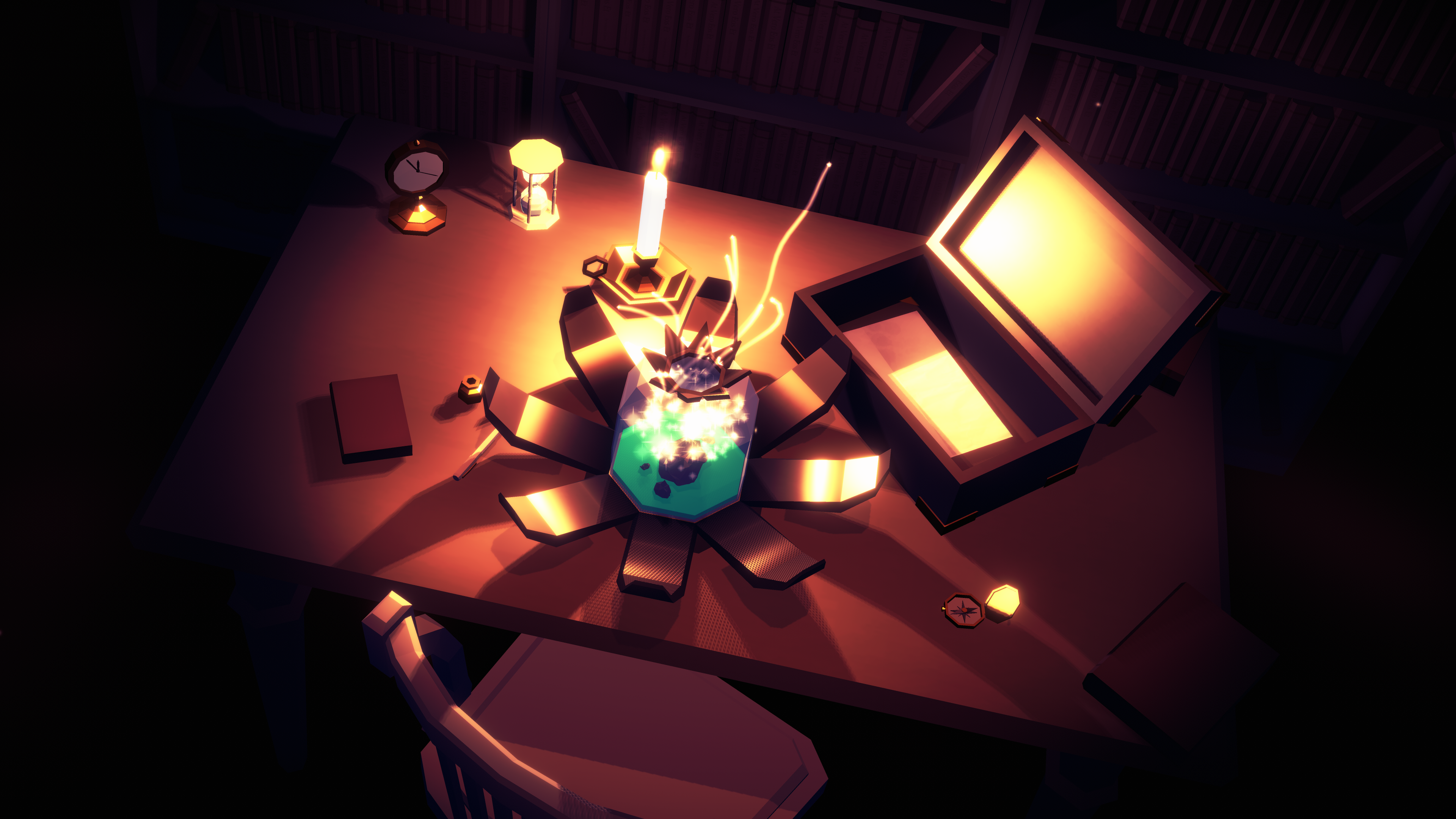 As a puzzle-adventure game, Evergarden is the most soothing adventure I have been on in a long time. While this may disqualify it from being a true adventure game, it was something I absolutely loved. Its soothing presence feels refreshing not just for a game but in day-to-day life. Taking place in a beautiful and magical forest, Evergarden uses a relatively simple art style. It makes up for this minimalist approach by making the world pop with vibrant colors and a pleasant soundtrack. When I first started the game, my mind immediately went to That Dragon, Cancer because of the art style, but even later on when the game started to reveal more of its story I got those vibes again. Both games are clearly very personal projects, and you can see the love and soul that is put into each.

The world feels cohered and as a place where you would want to spend a few hours just to relax. It does however hold a deep sense of mystery to the player and this is where the adventuring comes in. Messages from the character’s mother present themselves to you as you progress, hinting at a family connection to this world and setting up a mystery you will be solving for the rest of the game at your own leisurely pace.

When I first researched Evergarden I was pretty certain that the look and view of the game would be my favorite part, but the gameplay completely surprised me once I started playing. There are two basic types of puzzles in Evergarden. The main one will certainly remind you of mobile puzzle games like Triple Town or 2048. You are in charge of a small field divided by hexagons on which flowers, in various states, start to grow. By merging two flowers in the same state together, they grow to become a more developed flower. This is similar to how in Triple Town three bushes form a tree. Evergarden takes this basic gameplay format and refines it to be way more enjoyable than the aforementioned mobile games.

Evergarden’s puzzles work turn-based where the turns can take as long as you want. In each turn you can plant seeds, merge flowers together and use you inventory item, leading to turns sometimes lasting for over five minutes. In between turns, the seeds you previously planted will grow as you continue to develop your garden. You start with ten turns but you can receive extra ones by merging two final state flowers into a monolith. Be careful though, because a monolith blocks its spot for the rest of the game. Combining this concept with useful one-use inventory items and you get a gameplay experience that feels way more rewarding and fair than that of most puzzle games. You are fully in control and your garden will reach its final stage because of your actions.

During the game you are accompanied by creature guide Fen, a cat with deer antlers. Fen’s songs activate the power-ups you collect in Evergarden and she also gives you additional challenges. Completing these will reward you with extra flowers that can be placed anywhere on the board whenever you want. This will greatly speed up the process of getting monoliths, which also reward you with puzzle pieces. These pieces are needed to progress further along your adventure and to collect power-ups.

It’s an impressive feat for a developer to take a gameplay format that is mostly prevalent on the mobile gaming scene and refine it to be a breathtaking experience on PC. What just might be even more impressive is how Evergarden manages to draw you in and let you almost drift away for a while. It does it so well in fact, that I hardly ever paid attention to the scoreboard to the point where I’m not sure I would notice if they decided to remove it. The only scoreboards in gaming I paid less attention to are those of the Super Mario series.

Evergarden was a delight to play. Its beautiful aesthetic and simple gameplay make for a gaming experience you can only really find on the indie scene. AAA gaming gives us so much spectacle to look at and excitement to be had, that we can hardly ever sit down and just relax. This is just another reason why the indie scene is thriving and necessary if we want gaming’s horizons to continue expanding. Whenever you have a stressful day and just want to calm you mind for a couple of minutes, play Evergarden. I know for sure I will.

Graphics: A beautiful art style that sucks you right into the game.

Gameplay: A rewarding and enjoyable upgrade from similar types of puzzle games.

Story: The little bits of story you get are great motivations to keep playing.

Replay Value: Randomly generated puzzles allow you to keep playing Evergarden far longer than the eight hours it will take to complete the story.

Final Rating: 8.5/10. Evergarden is an incredible game that manages to have its players sit down and just relax for however long they want. It is definitely a game I will continue to play whenever life is getting stressful.

Whenever you have a stressful day and just want to calm you mind for a couple of minutes, play Evergarden.