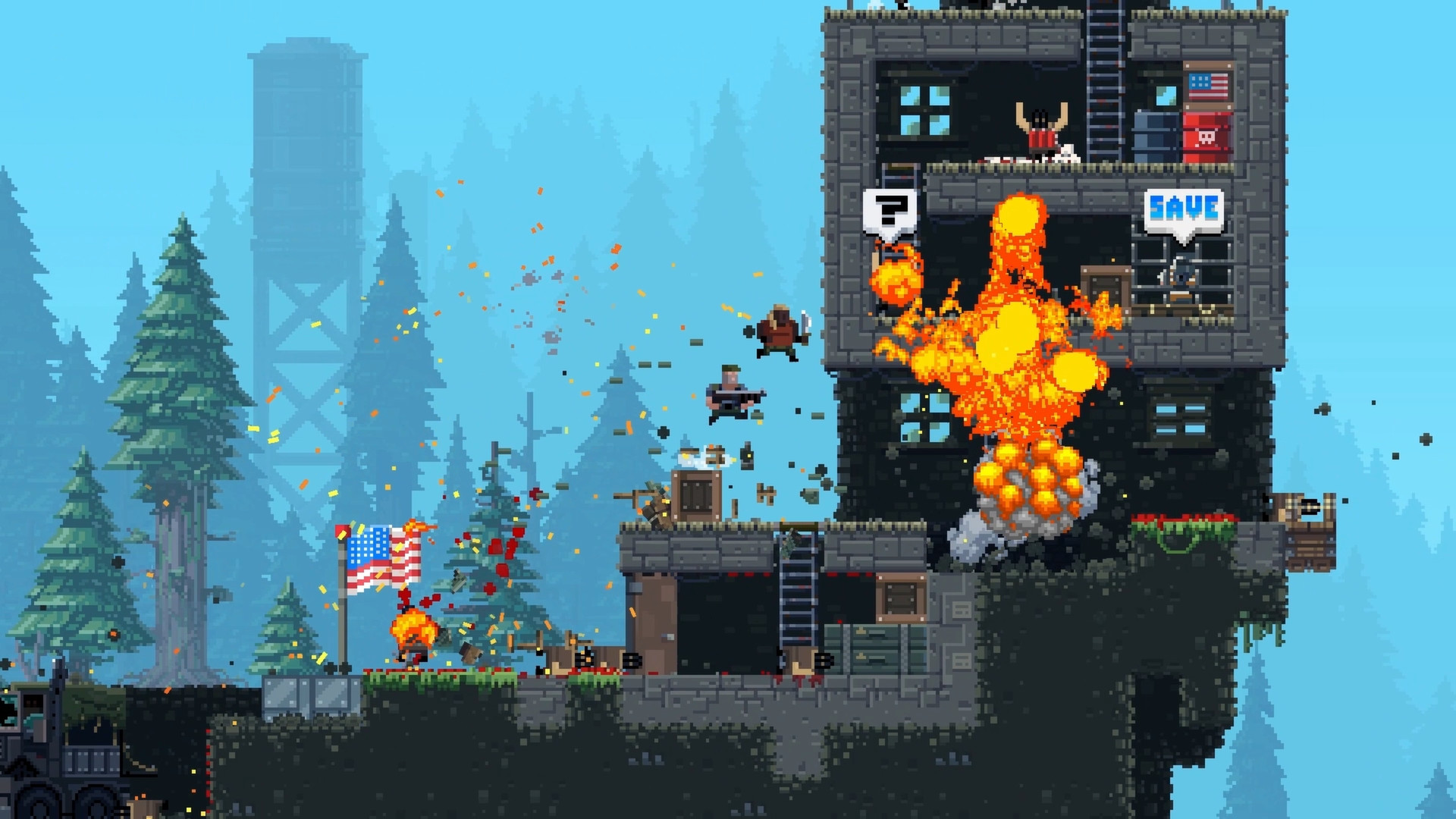 The Expendabros is an 8-bit arcade game based on the Expendables movie series. This free-to-play promotional game is extremely easy to understand, but difficult to master. It involves controlling a character from the films and blowing up your way to the checkpoint at the end of each level. Environments are fully destructible and the side-scrolling mechanic doesn’t take anything away from the satisfying explosions you will definitely encounter. Think of this game as Minecraft or Terraria, except all you do is blow up the blocks.

There are a few characters that you can play as, and each features their own unique weapon. You can unlock every character relatively quickly and they are all based off The Expendables 3 crew. You’ll have to rescue a number of prisoners to unlock a new character, which is pretty easy. After obtaining every character by rescuing, saving a prisoner will now swap your character to a different one and award you with an extra life. Weapons are quite similar; all have the ability to get one-hit kills and destroy your surroundings quickly. My favorite weapon is the grenade launcher, especially for fighting mini-bosses, as it shoots out sticky grenades that can latch onto your targets. Even though your weapons are strong, your health bar isn’t so overpowered. Enemies will kill you easily, although they’ll only attack once alerted.

The Expendabros isn’t really a platformer. All the jumps are easy to make, and falling off the map is rare. Dying is usually from a boss fight or getting stuck in your own explosions. This was a positive experience because I felt like if I died, at least I was putting up a fight against someone or witnessing some epic map damage. Boss fights aren’t too difficult either and there are only three in the entire game. With a grand total of ten stages, speed running through the game will only take you about a half hour. Instead of trying to beat the game, I often found myself messing around by wrecking everything. Whenever I’d clear a level, the whole enemy base would surely be in ruin.

I highly recommend The Expendabros for an hour or two of fun since it’s free and an absolute blast to play. The game’s pixelated graphics are masterful and explosions are done justice with tons of debris soaring across the screen. Players should overlook the notion that The Expendabros is a glorified advertisement, since it’s still a polished, fun, and compact game. Although the amount of content is somewhat lacking, what you get is action-packed entertainment with a bit of harmless marketing.