Utilize the Galaxy's Potential for Profit 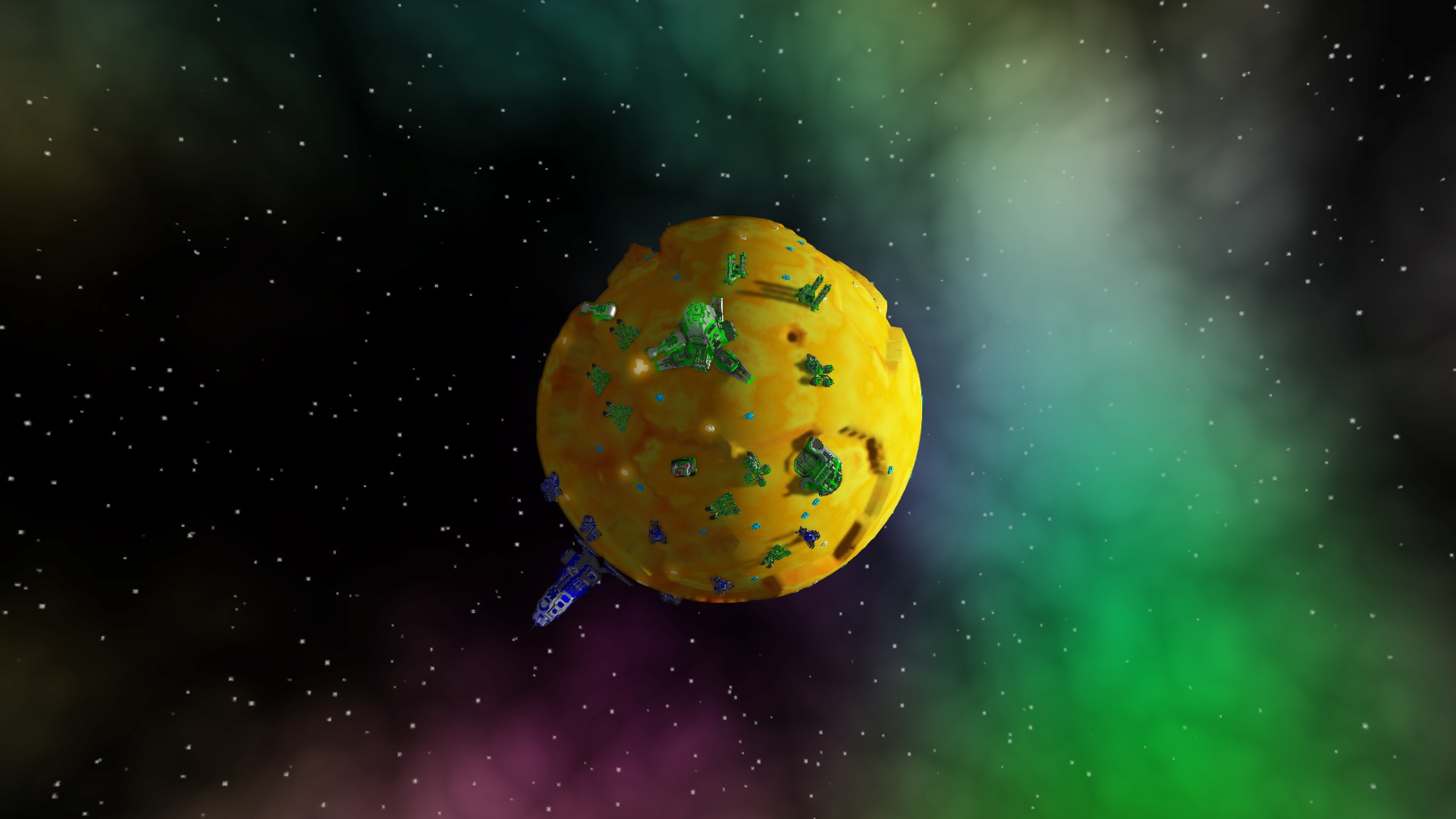 Ever dreamed of becoming an intergalactic tycoon and raking in space cash like never before? If so, Zero Sum Future gives you the opportunity to face off against others with the same aspirations. You’ll have to ditch your combat cap for a more diplomatic one and build a corporate empire across planets, keeping an eye on your opponents in real-time. A fast-paced management sim, Zero Sum Future focuses on the administrative side of conquering the galaxy.

Every session of the game starts off similarly: construct essential buildings to harvest resources and fulfill orders as they come in. After about five minutes of this systematic gameplay, various components of your empire start to go haywire, and the goal shifts from expanding production to solving issues. One problem leads to another and it all stems from unsustainable growth in a hypersensitive economy. The game was designed to make stability quite difficult to achieve, which keeps the player engaged until it becomes frustrating. Zero Sum Future puts the player in a balancing act with little guidance on how to succeed. It’s an accurate portrayal of real life when you think about it.

I was less concerned with my opponent’s progress as my own failure to stay efficient and in the green, and so were they. Mostly keeping to myself in each match, the featured multiplayer aspect of the game was virtually erased. Winning or losing came down to whoever could last the longest without completely screwing up their colony. There’s no way to consistently impact your opponent even if you wanted to, other than crowding their space. You may feel even more isolated in singleplayer, as the AI doesn’t engage in interplanetary travel. Perhaps I simply failed to keep my colony afloat long enough to see the AI player act in unique ways, but it appears that moving to a different planet than where the opponent initially starts building will keep you completely isolated for the entire match.

Zero Sum Future’s learning curve is quite massive too. An in-game tutorial desperately needs to be added to the full game, although there is a video tutorial playlist available for the time being. Watching all the videos helped me with gameplay mechanics, but there’s still a ton of info that needs to be remembered in the midst of a frantic environment. Some tips scattered around the UI to help guide the player would be a godsend. It took me five matches before I got the hang of the interface and ideally this should happen within one or two. I also encountered a troublesome bug where I couldn’t view a building’s info panel, which lead to a lot of trial and error. Being unable to read what a structure does in a game that revolves around city-building is a crucial bug that needs to be addressed.

Zero Sum Future held my full attention for long periods of time by constantly tampering with my “foolproof” plans. The game takes place in a complex ecosystem of resource gathering and building with a steep learning curve and ultimately little payoff. I can’t shake the feeling that Zero Sum Future was built to be a competitive experience, even though you rarely feel impacted by other players. Although I cannot currently recommend Zero Sum Future with its numerous flaws, the effort that went to creating the simulation framework cannot be ignored. It provides a frantic, albeit sometimes lonely, atmosphere that constantly keeps you on your toes and searching for solutions.