Save the World from Dr. Omega's domination! 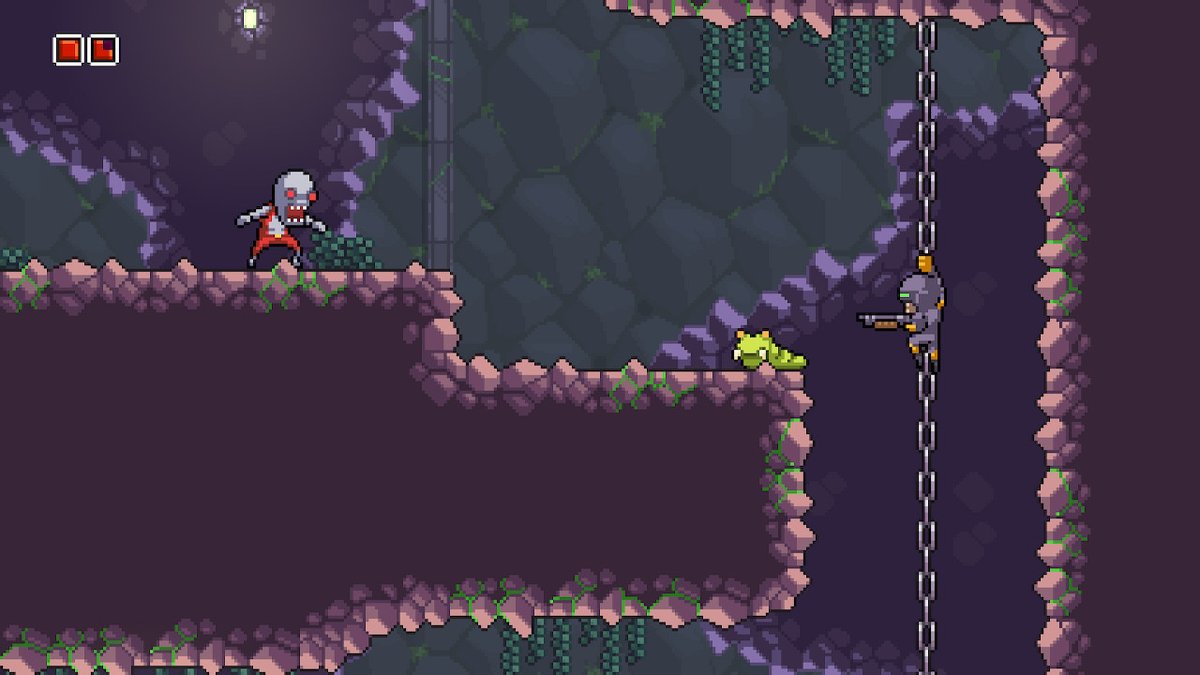 This is a review of the Nintendo Switch version of Omega Strike. The game is also available on Windows, Xbox One, and PS4.

If you enjoy Metroidvania-style platformers, you might have heard about a new game called Omega Strike. It’s a pixelated, retro-inspired title on the Switch, similar to Shovel Knight. In this game, you’re tasked with saving the world from Dr. Omega’s rule. After the government plans to make mutant fighters with Dr. Omega, a few brave freedom fighters step in to defeat the doctor and his henchmen. You play as any one of the fighters looking to save the world from its doom.

Omega Strike provides a fun and simple experience that anyone can enjoy. As you move around you’ll find baddies to defeat and a lot of collectibles to enhance your powers. Take your time to explore or go straight to the boss; you can play how you want and you’ll enjoy every second of it. Omega Strike has a lot of love and care put into it, and it really shows.

The game starts with the story and then you’re off to the first world. You’ll be exploring over 7 unique areas, fighting 45 different enemies, and besting 12 different bosses. You can access your ability tree at any time and swap characters with the X Button to utilize their unique abilities for a battle or puzzle. For example, Bear can push heavy objects, Dex can perform an extra jump, and more.

Due to its simple nature, Omega Strike is the perfect game to pick up and play anywhere. It also features some great controls. They are super easy to learn and they’re pretty snappy, too. So essentially, Omega Strike is a really well-made game. All of its features add up to a great experience that you will likely enjoy.

As you traverse the world of Omega Strike you’ll find many collectibles and upgrades that you’ll definitely need. This game gets really challenging at times! When you first start out, your weapons have abysmal range, so getting range upgrades are a necessity. You’ll find health upgrades like more slots and medkits, and weapon upgrades like more range and damage, that you can access under your ability tree in the pause menu.

You’ll find some smaller towns between different worlds, which include shops. You can buy upgrades and different powerups with coins you collect after defeating most enemies. You’ll also find additional characters and locations that will explain the game’s story a bit more. After you visit a town, you can travel straight to the next world. It’s a good idea to travel around the town to see what it offers!

Unlike most recent games, Omega Strike plays and looks just like an older SNES game. Instead of being able to save anywhere, there are designated save points before some areas. Your inventory and map aren’t even required to play the game, but you’ll want to use them to get all the available collectibles and make battles easier. This isn’t bad, but it is an interesting game design choice. Omega Strike features some beautiful 8-bit graphics. Although you may be tired of games like Omega Strike, it really does provide a refreshing experience. Omega Strike also has an incredible soundtrack. You’ll probably enjoy it while you play. It is composed by Ken Snyder (aka Coda) of Scarlet Moon Productions, and deserves a listen!

Omega Strike is a bit light on content, but this is understandable due to its low price tag. Only a single-player mode is available — again, a fairly long experience with seven challenging areas to explore and complete. The game does provide some replay value, but really only because it is well made.

If this sounds like your type of game, Omega Strike is definitely for you. It is a great action-platformer that has had a lot of love and care put into it. Again, you’ll likely enjoy every second of your experience. If you’ve been looking for a good platformer, I’d say your search is over. For only $15, it is definitely worth it for anyone looking for a great weekend or who loves Metroidvania-style games.

Gameplay: Omega Strike provides a super enjoyable, engaging experience that will keep you coming back for more.

Graphics: If you're a fan of 8-bit style games, Omega Strike does not disappoint.

Story: Omega Strike has a great story that is pretty intriguing.

Sound: The game includes an amazing soundtrack that you will probably enjoy.

Final Rating: 9/10. Omega Strike is a great game with lots of love and care put into it. If you're a fan of games like Shovel Knight, Omega Strike is definitely worth a shot.

You'll enjoy every second of saving the world.