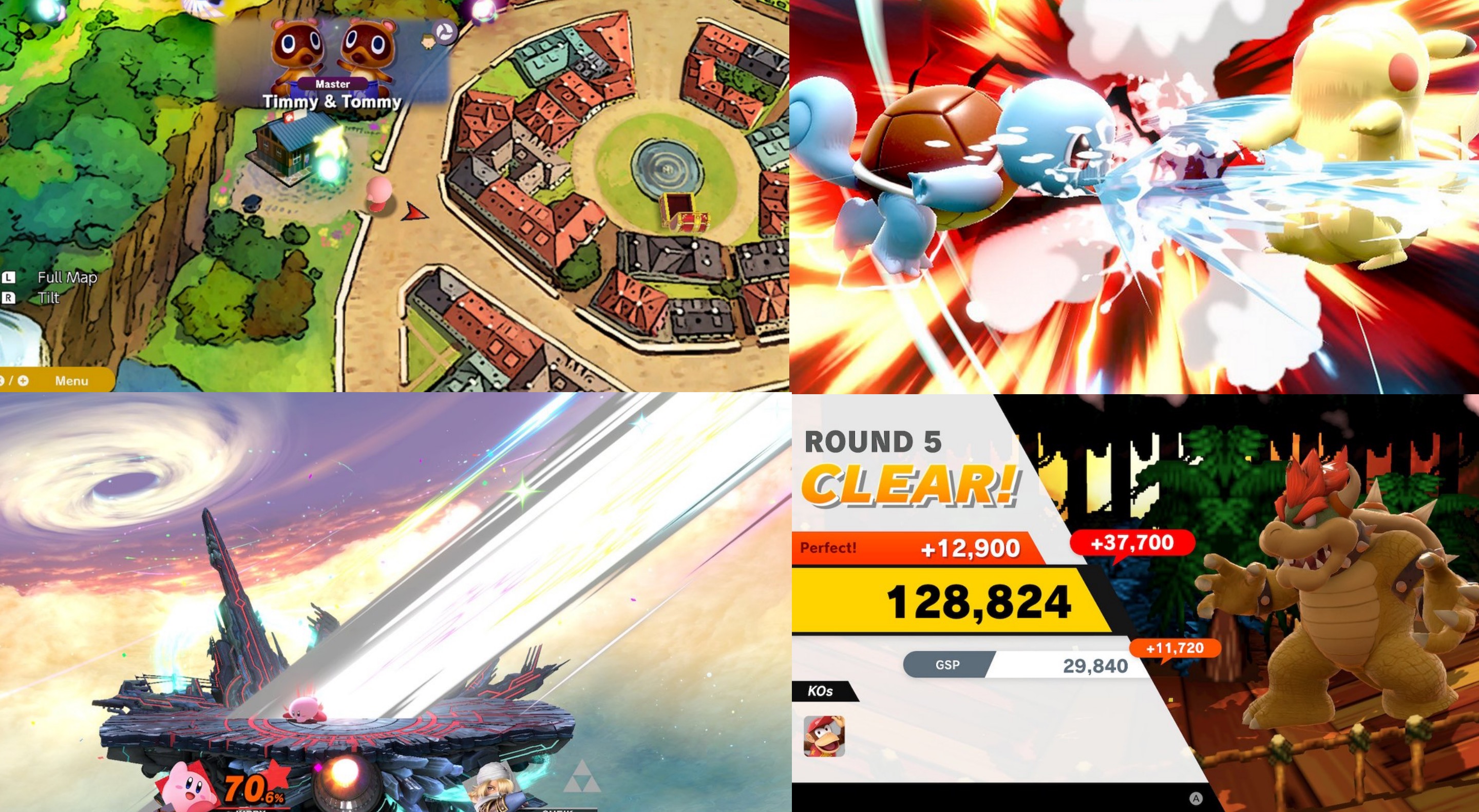 The wait is finally over. The ultimate Smash Bros game is here, but does it hold up to its name? With a truckload of new modes, characters, stages, features, and much more, it definitely should. As always, Smash has amazing gameplay, now better than ever. From snappy, precise controls to improved balancing, Smash has been near-perfected.

In this game, you’ll have to unlock most of your characters. It can be quite the process, so either you’ll like it or hate it. You can approach new challengers by beating Classic Mode, playing the World of Light mode, or they’ll appear randomly when you leave the regular Smash mode after a match. If you lose a battle, you can find them in the Challenger’s Approach mode under “Games and More”.

Speaking of Classic Mode, it’s been majorly revamped. Each fighter will battle other fighters in a list, before reaching a boss. Like in previous releases, the higher your intensity level the better rewards you’ll get from Classic mode. Rewards include new Spirits (more on them later), coins, spirit snacks, and other content like music tracks. A new addition to Classic mode are Classic Tickets. You can start a match with one to get better rewards, or you can use them after a loss to keep your intensity and progress. You can get Classic Tickets by completing Challenges.

Smash Ultimate includes tons of new features. From tournaments to Stage Morph, you’ll be having a bunch of fun. You can access most of these features under Special Smash, or under the regular Smash menu. Of course, Smash Ultimate also supports Local Play which works great. We couldn’t touch on all of the new modes and features, or we would be here all day.

Spirits and the World of Light

The biggest new additions to Smash Ultimate are the new Spirits and the World of Light mode. You get spirits by scanning Amiibo of the character you want to unlock, playing classic mode, or progressing in the World of Light mode. Spirits can help you in battle. You can level them up, and they’ll get stronger. Each spirit will give you unique moves, so choose wisely who you add to your party!

They are a huge help in the new World of Light story mode. In the World of Light, the lord of light, Galeem, copies the bodies of fighters and traps their spirits in puppet fighters to do his bidding. Your job is to defeat the puppet fighters and free the captive spirits. The spirit will then help you in battle, or you can send it off to its homeland. When you win a battle, you’ll get rewards, which include Spirit Points. You can use the spirit points to get new skills in the skill tree like stronger attacks and defenses. This story mode will last 8-9 hours, which is longer than the approximately 6-hour Subspace Emissary mode in Brawl. During your travels, you’ll find treasures, shops, and more. This mode is a great time, but it can get incredibly challenging so stay ready if you’re up to it! You can watch the World of Light trailer below.

Of course, Smash Ultimate includes online play. As you may have already heard, it isn’t that good. Under the Online menu, you can jump into a match yourself or spectate other matches. You can play a match with normal rules under Quickplay, or you can create or join a battle arena with custom rules. You can choose your preferred rules in Quickplay, but it may take longer to find someone else with the same preferred rules. However, you won’t have the greatest time — it does get laggy often. To sum up my experience with my last online match, it is ok. Luckily, this is something Nintendo can improve, but they probably won’t. If you get lucky and everyone has a super stable connection, you should have a great time.

As usual for the Smash franchise, this iteration is filled to the brim with fan service, and its issues can be easily fixed in a future update if Nintendo really wants to. Everyone deserves to experience this game. It should get even better with the upcoming DLC.

Sound: As always, Smash Ultimate includes an amazing soundtrack that you can even listen to in sleep mode. The return of the My Music mode makes the experience even better.

Story: The World of Light mode is an amazing, eight-hour experience that you won't want to miss.

Controls: Like in most Switch games, Smash's controls are snappy and easy to learn.

Developer Support: Nintendo has teased some great upcoming content coming to Smash Ultimate from events, updates, and DLC, so you're in for a wild ride.

Final Rating: 9.5/10. Smash Ultimate provides the best Smash experience yet, anytime, anywhere. You'll find loads of characters to unlock, lots of fun to be had, and much more. Every Switch owner needs to give Smash Ultimate a try.

It is indeed the Ultimate Smash Bros.